Living descendant of Sitting Bull confirmed by analysis of DNA from the legendary leader’s hair.

A man’s claim to be the great-grandson of legendary Native American leader Sitting Bull has been confirmed using DNA extracted from Sitting Bull’s scalp lock. This is the first time ancient DNA has been used to confirm a familial relationship between living and historical individuals. 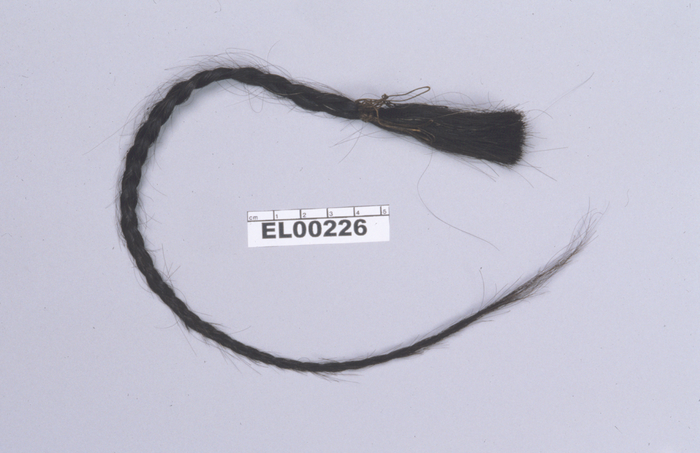 A man’s claim to be the great-grandson of legendary Native American leader Sitting Bull has been confirmed using DNA extracted from Sitting Bull’s scalp lock. This is the first time ancient DNA has been used to confirm a familial relationship between living and historical individuals.

The confirmation was made possible using a new method to analyse family lineages using ancient DNA fragments, developed by a team of scientists led by Professor Eske Willerslev of the University of Cambridge and Lundbeck Foundation GeoGenetics Centre. The results are published today in the journal Science Advances.

The technique searches for ‘autosomal DNA’ in the genetic fragments extracted from a body sample. Since we inherit half of our autosomal DNA from our father and half from our mother, this means genetic matches can be checked irrespective of whether an ancestor is on the father or mother’s side of the family.

“Autosomal DNA is our non-gender-specific DNA. We managed to locate sufficient amounts of autosomal DNA in Sitting Bull’s hair sample, and compare it to the DNA sample from Ernie Lapointe and other Lakota Sioux – and were delighted to find that it matched,” said Professor Eske Willerslev in the University of Cambridge’s Department of Zoology and Lundbeck Foundation GeoGenetics Centre, senior author of the report.

Lapointe said: “over the years, many people have tried to question the relationship that I and my sisters have to Sitting Bull.”

Lapointe believes that Sitting Bull’s bones currently lie at a site in Mobridge, South Dakota, in a place that has no significant connection to Sitting Bull and the culture he represented. He also has concerns about the care of the gravesite. There are two official burial sites for Sitting Bull – at Fort Yates, North Dakota and Mobridge – and both receive visitors.

With DNA evidence to back up his claim of a bloodline, Lapointe now hopes to rebury the great Native American leader’s bones in a more appropriate location.

The new technique can be used when very limited genetic data are available, as was the case in this study. The work paves the way for similar DNA testing of the relationship between many other long-dead historical figures and their possible living descendants.

The technique could also be used to answer important questions based on old human DNA that might previously have been considered too degraded to analyse – for example in forensic investigations.

“In principle, you could investigate whoever you want – from outlaws like Jesse James to the Russian tsar’s family, the Romanovs. If there is access to old DNA – typically extracted from bones, hair or teeth, they can be examined in the same way,” said Willerslev, who is a Fellow of St John’s College, Cambridge.

It took the scientists 14 years to find a way of extracting useable DNA from the 5-6cm piece of Sitting Bull’s hair. The hair was extremely degraded, having been stored for over a century at room temperature in Washington’s Smithsonian Museum before it was returned to Lapointe and his sisters in 2007.

The technique differs from traditional approaches to DNA analysis, which look for a genetic match between specific DNA in the Y chromosome passed down the male line, or, if the long-dead person was female, specific DNA in the mitochondria passed from a mother to her offspring. Neither are particularly reliable, and in this case neither could be used as Lapointe claimed to be related to Sitting Bull on his mother’s side.

Tatanka-Iyotanka, better known as the Native American leader and military leader Sitting Bull (1831-1890), led 1,500 Lakota warriors at the Battle of the Little Bighorn in 1876 and wiped out US General Custer and five companies of soldiers. The blood-soaked feat – also known as ‘the Battle of the Greasy Grass’ – will forever symbolise the resistance of Native Americans to the white man’s insatiable appetite for empire-building. Sitting Bull was assassinated in 1890 by the ‘Indian Police’, acting on behalf of the US government.

“Sitting Bull has always been my hero, ever since I was a boy. I admire his courage and his drive. That’s why I almost choked on my coffee when I read in a magazine in 2007 that the Smithsonian Museum had decided to return Sitting Bull’s hair to Ernie Lapointe and his three sisters, in accordance with new US legislation on the repatriation of museum objects,” said Willerslev.

He added: “I wrote to Lapointe and explained that I specialised in the analysis of ancient DNA, and that I was an admirer of Sitting Bull, and I would consider it a great honour if I could be allowed to compare the DNA of Ernie and his sisters with the DNA of the Native American leader’s hair when it was returned to them.”

Until this study, the familial relationship between LaPointe and Sitting Bull was based on birth and death certificates, a family tree, and a review of historical records. This new genetic analysis provides an additional line of evidence to strengthen his claim.

Before the remains from the Mobridge burial site can be reburied elsewhere, they will have to be analysed in a similar way to the hair sample to ensure a genetic match to Sitting Bull. Under US law, Lapointe owns the legal rights to Sitting Bull’s genetic data so can decide who should do the analysis.

This research was funded by the Danish National Research Foundation.