Living at the edges 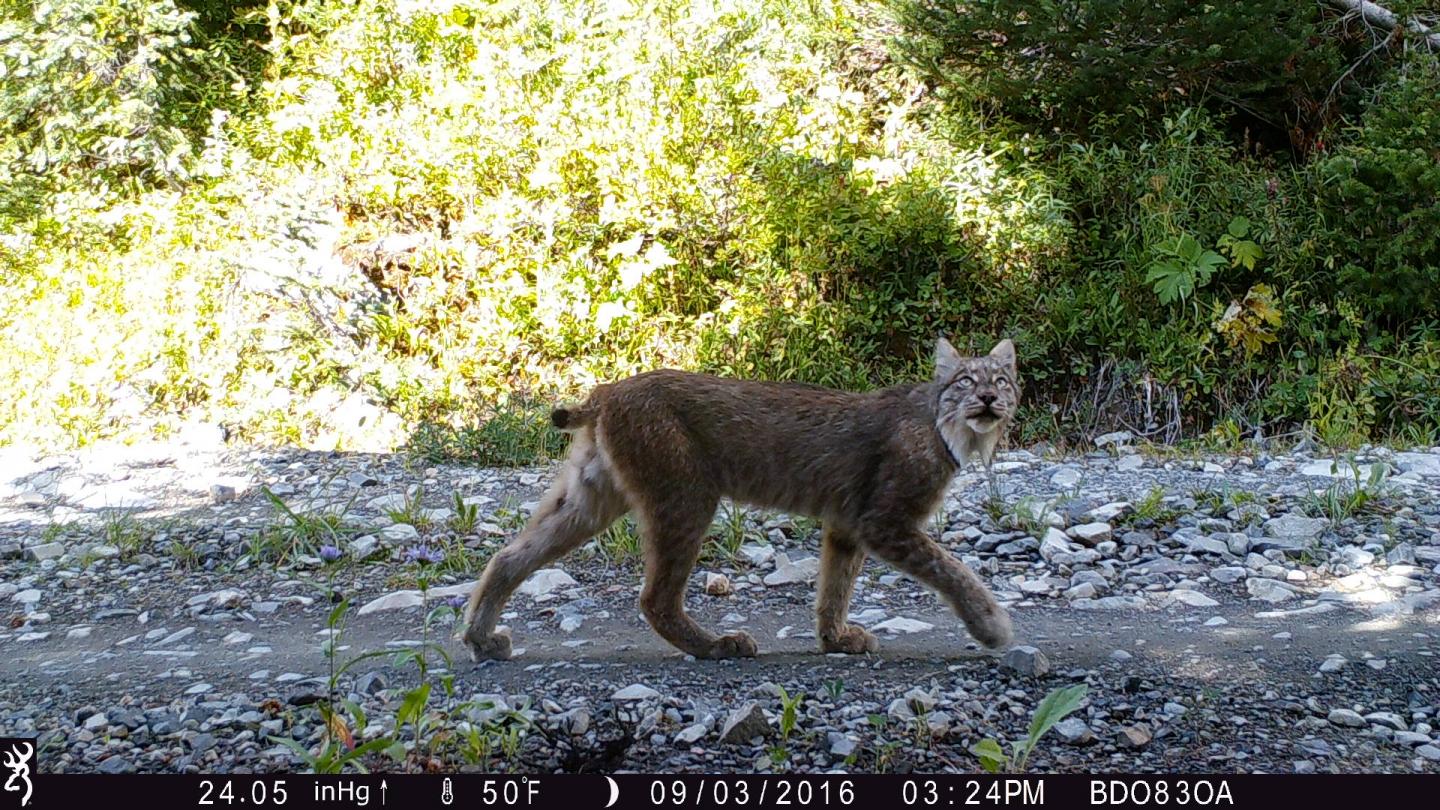 PULLMAN, Wash. – Resembling an overgrown house cat with black-tipped ears and a stubby tail, the Canada lynx, a native of North America, teeters on the brink of extinction in the U.S. The few lynx that now roam parts of Washington and the mountainous Northwest survive largely because of a network of protected landscapes that crosses the U.S.-Canada border.

Wildlife cameras set by WSU researchers recently photographed lynx in the Kettle Mountains of far northeast Washington, close to the Canadian border, and more big cats have been spotted in Glacier National Park near the Montana-Canada line.

Lynx, like their forest-dwelling neighbor the grizzly bear, require many miles of connected, undeveloped terrain to survive. According to new research led by Daniel Thornton, assistant professor in WSU’s School of the Environment, such terrain occurs most frequently throughout the Americas near international borders.

“Because protected areas are more common near international boundaries, cooperation across borders will be key to maintaining large, connected, resilient protected areas for biodiversity conservation,” Thornton said. “And because border regions are so important in this regard, anything that negatively impacts transboundary cooperation between countries or the ability of animals to move across borders–such as increased security and border structures–could be very problematic for species conservation.”

In addition to politically charged border security measures, climate change and other large-scale landscape alterations pose serious threats to wildlife and habitat preservation throughout the Americas.

Writing in Ecological Applications, Thornton and his research collaborators at the University of Florida and Trent University in Ontario, Canada, said their study results indicate “efforts to conserve species and mitigate effects of long-term stressors, like climate change, will be most successful when planning includes neighboring countries.”

The scientists examined the distribution, connectivity, and integrity of protected areas near the borders of 23 countries across North, South and Central America. They found clustering of these primary habitat areas extending approximately 78 miles from the borderlines.

Connectivity of protected areas is especially important for animals to be able to adjust to habitat loss and fragmentation or to shift their ranges as climate changes, the researchers said. Maintaining these landscape networks will grow increasingly critical where forest depletion is taking a toll.

New record on the growth of graphene single crystals