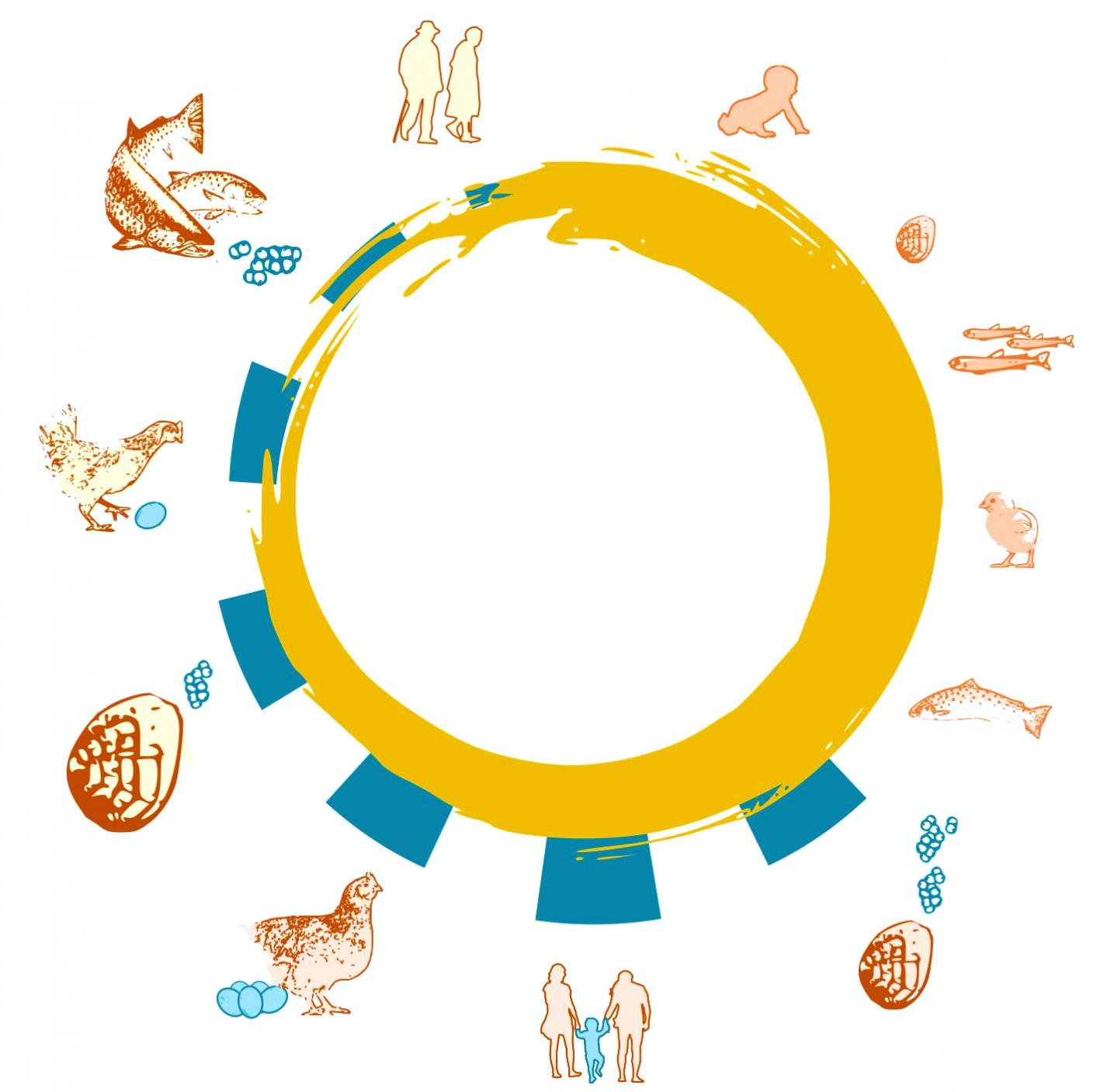 Scientists have pinpointed the “pace” and “shape” of life as the two key elements in animal life cycles that affect how different species get by in the world. Their findings, which come from a detailed assessment of 121 species ranging from humans to sponges, may have important implications for conservation strategies and for predicting which species will be the winners and losers from the global environment crisis.

“Pace of life” relates to how fast animals reach maturity, how long they can expect to live, and the rate at which they can replenish a population with offspring. “Shape of life”, meanwhile, relates to how an animal’s chance of breeding or dying is spread out across its lifespan.

Animal life cycles vary to a staggering degree. Some animals, such as the turquoise killifish (a small fish that can complete its life cycle in 14 days) grow fast and die young, while others, like the Greenland shark, (a fish that glides around for up to 500 years), grow slowly and have extraordinarily long lifespans.

Similarly, the spread of death and reproduction across animal life cycles also varies greatly. Salmon, for example, spawn over a short period of time with the probability of dying being particularly high both at the start of their life cycle and when they reproduce. Fulmars and some other sea birds, on the other hand, have wider time periods of reproduction and face relatively similar chances of dying throughout their lives.

Humans and Asian elephants have long lifespans and face a relatively low risk of mortality until later ages but have a fairly narrow age range for reproduction because they have long juvenile periods and live a long time after the reproductive part of their life-cycles. Both species share a similar lifespan with the Australian freshwater crocodile, but the crocodile has a completely different reproductive strategy – its reproduction is spread relatively evenly throughout its lifespan but its young have a low chance of reaching adulthood and reproducing.

The puzzle of different life cycles – why so many?

Why animal life cycles vary so much has long been an important puzzle that scientists have sought to solve. Among the reasons are that understanding why animals age, reproduce and grow at different rates may 1) help shed light on the evolution of aging itself, and 2) help identify how species will respond to global environmental change.

In their study, the scientists used population data to compare detailed life cycles for species ranging from sponges to corals, salmon to turtles, and vultures to humans. By mapping 121 life cycles, the scientists noticed that certain animal ecologies and physiologies were associated with certain life cycles.

Dr Kevin Healy who conducted the research at Trinity and is now Lecturer of Zoology at the National University of Ireland Galway, is the lead author of the study. He said: “When we mapped out the range of life cycles in the animal kingdom we saw that they follow general patterns. Whether you are a sponge, a fish or a human, your life cycle can, in general, be described by two things – how fast you live and how your reproduction and chance of dying is spread out across your lifespan.”

“As we expected, species with low metabolic rates and slow modes-of-life were associated with slower life cycles. This makes sense; if you don’t burn much energy per second, you are restricted in how fast you can grow. Similarly, if you are an animal that doesn’t move around a lot, such as a sponge or a fish that lives on the sea bed, playing a longer game in terms of your pace of life makes sense as you may need to wait for food to come to you.”

The scientists also investigated whether certain life cycles made animals more susceptible to ecological threats, by looking for associations between an animal’s life cycle and its position on the IUCN red list of endangered species.

Professor of Zoology and Head of the Zoology Department at Trinity, Yvonne Buckley, is co-senior author of the research. She said: “We found that extinction risks were not confined to particular types of life history for the 121 species. Despite these animals having very different ways of maintaining their populations, they faced similar levels of threat.”

“Populations of a particular species, like the Chinook salmon or Freshwater crocodile, vary more in how mortality and reproduction are spread across their life-spans than they vary in their pace of life. This is important for the animal populations that we need to conserve as it suggests it may be wiser to consider actions that boost reproduction and/or impart bigger effects on the periods of the life cycles when mortality and reproduction are more likely – rather than simply aiming to extend the lifespans of these animals.”

Associate Professor in Ecology at the University of Oxford, Dr Rob Salguero-Gómez, is also co-senior author of the research. He said: “This comparative work, which builds on previous research we have developed testing basic assumptions of how life structures the Plant Kingdom, highlights important commonalities in the ways that both animals and plants go about making a living and adapting to different environments. Indeed, classical works in life history theory predicted a single way to structure life strategies. Our work with plants and now here with animals shows the range of possibilities is much wider than previously believed.”

“The unparalleled wealth of animal demographic schedules used in this research produced by an initiative led by Assoc. Prof Salguero-Gómez & co-author Assoc. Prof. Owen Jones, opens up new exciting ways to explore what are the most common strategies used by different species to thrive in their environments, but also to use demographic models to make predictions about what species will be the winners and losers of climate change.”