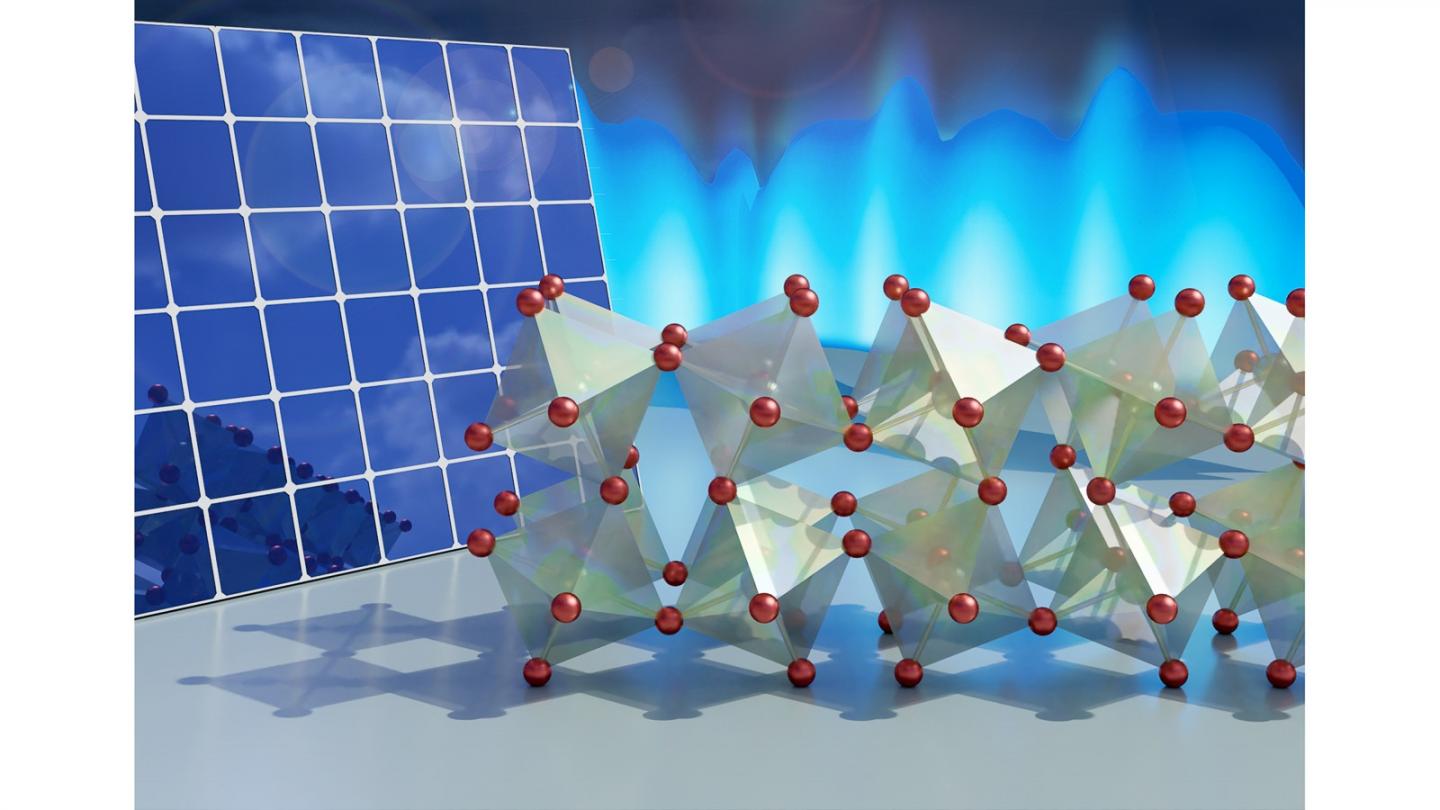 The sun delivers more energy to Earth in one hour than humanity consumes over an entire year. Scientists worldwide are searching for materials that can cost-effectively and efficiently capture this carbon-free energy and convert it into electricity.

Perovskites, a class of materials with a unique crystal structure, could overtake current technology for solar energy harvesting. They are cheaper than materials used in current solar cells, and they have demonstrated remarkable photovoltaic properties — behavior that allows them to very efficiently convert sunlight into electricity.

Revealing the nature of perovskites at the atomic scale is critical to understanding their promising capabilities. This insight can help inform models to determine the optimal makeup of perovskite materials for solar cells, which can be used to power vehicles, electronic devices and even home heating and other appliances.

“Perovskites do well at preventing recombination. We want to know what mechanism causes this and if we can exploit it to create better solar cells.” — Argonne scientist Ray Osborn

“There is a lot of excitement surrounding these materials, but we don’t fully understand why they are such good photovoltaics,” said Duke University’s Olivier Delaire, lead scientist on the study.

“Perovskites do well at preventing recombination,” said Argonne’s Ray Osborn. “We want to know what mechanism causes this and if we can learn from this to create better solar cells.”

The team studied one of the simplest perovskites — a compound of cesium, lead and bromine (CsPbBr3) — to figure out what is going on at the atomic scale.

Using X-ray scattering capabilities at Argonne’s Magnetic Materials group’s beamline (6-ID-D) at the lab’s Advanced Photon Source, a DOE Office of Science User Facility, the team captured the average positions of the atoms in a perovskite crystal at different temperatures. They found that each lead atom and its surrounding cage of bromine atoms form rigid units that behave like molecules. These units oscillate — or jiggle back and forth — in a liquid-like manner.

“The molecules in this material rotate about the other molecules like they’re hinged together, and around the hinges, the molecules act kind of floppy,” said Delaire.

One theory to explain how perovskites resist recombination is that these distortions in the lattice, or crystal structure, follow the free electrons as they traverse the material. The electrons might deform the lattice, causing the liquid-like disturbances, which then prevent them from falling back into their host atoms. This theory, which is bolstered by the new experimental results, can provide new insights into how to design optimal perovskite materials for solar cells.

The data also indicates that molecules in the material oscillate within two-dimensional planes, with no motion across planes — similar to a carnival ride that only swings left to right, but never front to back. The two-dimensional nature of the crystal distortions could be one more puzzle piece to explain how the perovskite can prevent electron recombination, contributing to the efficiency of the material.

According to Osborn, the two-dimensional patterns in the X-ray scattering data had never been seen. “Based on these unexpected measurements, we wanted to dig even deeper by not only looking at average atomic positions, but how the atoms move around in real time,” he said.

To investigate the motion of the atoms directly, the team used neutron scattering capabilities at the Spallation Neutron Source, a DOE Office of Science user facility at Oak Ridge National Laboratory. Researchers at Argonne’s Materials Science division and Northwestern University grew the large, centimeter-scale crystals required for the neutron measurements.

The neutron scattering confirmed the unforeseen pattern seen in the X-ray scattering experiment, but showed, in addition, that it takes almost no energy for the molecules to oscillate in two dimensions. This helps to explain why the excited electrons can deform the lattice so easily.

“This work is a beautiful example of the complementarity of neutrons and X-rays in revealing both the structure and dynamics of complex materials,” said Osborn, who was involved in both sets of measurements.

The study represents a step towards taking full advantage of the largely untapped renewable energy from the sun, which could have significant impact on both the environment and economy.

A paper on the study, “Two-dimensional overdamped fluctuations of the soft perovskite lattice in CsPbBr3,” was published in Nature Materials on March 15, 2021. Computational studies in support of the experiment were performed at the National Energy Research Scientific Computing Center at Berkeley National Laboratory.

The research was funded by DOE’s Office of Basic Energy Sciences, Materials Science and Engineering division.