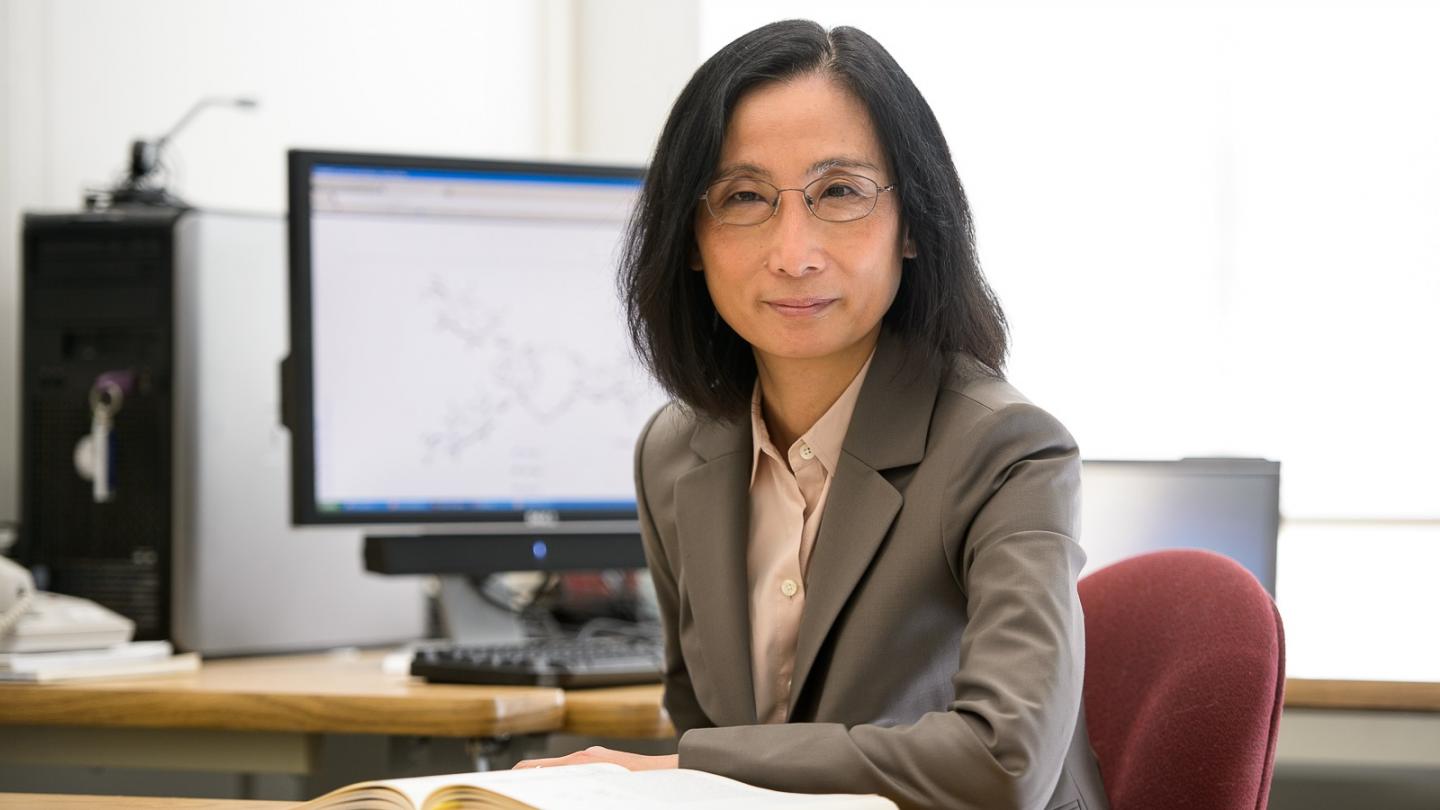 The Physical Chemistry Division of the American Chemical Society has announced that Lin X. Chen has received the 2020 Award in Experimental Physical Chemistry. Chen is a senior chemist in the Chemical Sciences and Engineering (CSE) division of the U.S. Department of Energy’s (DOE) Argonne National Laboratory, as well as a professor in the Department of Chemistry at Northwestern University.

“My pioneering work in X-ray transient absorption spectroscopy started shortly after the Advanced Photon Source was built at Argonne.  It is rewarding to see that this work has been broadly recognized in the scientific community and ultimately led to the award.” — Lin Chen, senior chemist in the Argonne CSE division and professor at Northwestern University

The award recognizes Chen for “fundamental contributions to the elucidation of excited state structures, dynamics and energetics of light harvesting systems” through state-of-the art experimental techniques.

Chen’s research at Argonne and Northwestern focuses on the interactions between light and matter in solar energy conversion systems. Her main tools for research are ultrafast laser and X-ray techniques in collaborations with theorists and chemists making new molecules and materials. She was named one of the highly cited scientists in 2019 by the Web of Science.

“My pioneering work in X-ray transient absorption spectroscopy started shortly after the Advanced Photon Source (APS) was built at Argonne.  It is rewarding to see that this work has been broadly recognized in the scientific community and ultimately led to the award,” said Chen. “I am very thankful to DOE Basic Energy Sciences for supporting the work since day one, and to my colleagues at the APS and CSE and collaborators elsewhere as well as my postdocs and students for working together over the years.”

Chen is currently an associate editor of Chemical Science, a Royal Chemical Society flagship journal, and has served as a senior editor of American Chemical Society Energy Letters in the past three years as well as on the Editorial Advisory Boards members for the Journal of Physical Chemistry and Chemical Physics Letters. Chen has been a fellow of the American Association for the Advancement of Science since 2012.

Chen will be honored in San Francisco at the Fall 2020 National Meeting of the American Chemical Society.

About the Advanced Photon Source
The Advanced Photon Source (APS) is one of the world’s most productive X-ray light source facilities. The APS provides high-brightness X-ray beams to a diverse community of researchers in materials science, chemistry, condensed matter physics, the life and environmental sciences, and applied research. These X-rays are ideally suited for explorations of materials and biological structures; elemental distribution; chemical, magnetic, electronic states; and a wide range of technologically important engineering systems from batteries to fuel injector sprays, all of which are the foundations of our nation’s economic, technological, and physical well-being. Each year, more than 5,000 researchers use the APS to produce over 2,000 publications detailing impactful discoveries, and solve more vital biological protein structures than users of any other X-ray light source research facility. APS scientists and engineers innovate technology that is at the heart of advancing accelerator and light-source operations. This includes the insertion devices that produce extreme-brightness X-rays prized by researchers, lenses that focus the X-rays down to a few nanometers, instrumentation that maximizes the way the X-rays interact with samples being studied, and software that gathers and manages the massive quantity of data resulting from discovery research at the APS.

Neuroscientists to build video dataset that catches people looking (at everything)

The climate and increased extreme weather affect our energy systems

Geoengineering versus a volcano

Scienmag Aug 5, 2019
While it's important to evaluate geoengineering proposals from an informed position, the best way to reduce climate…