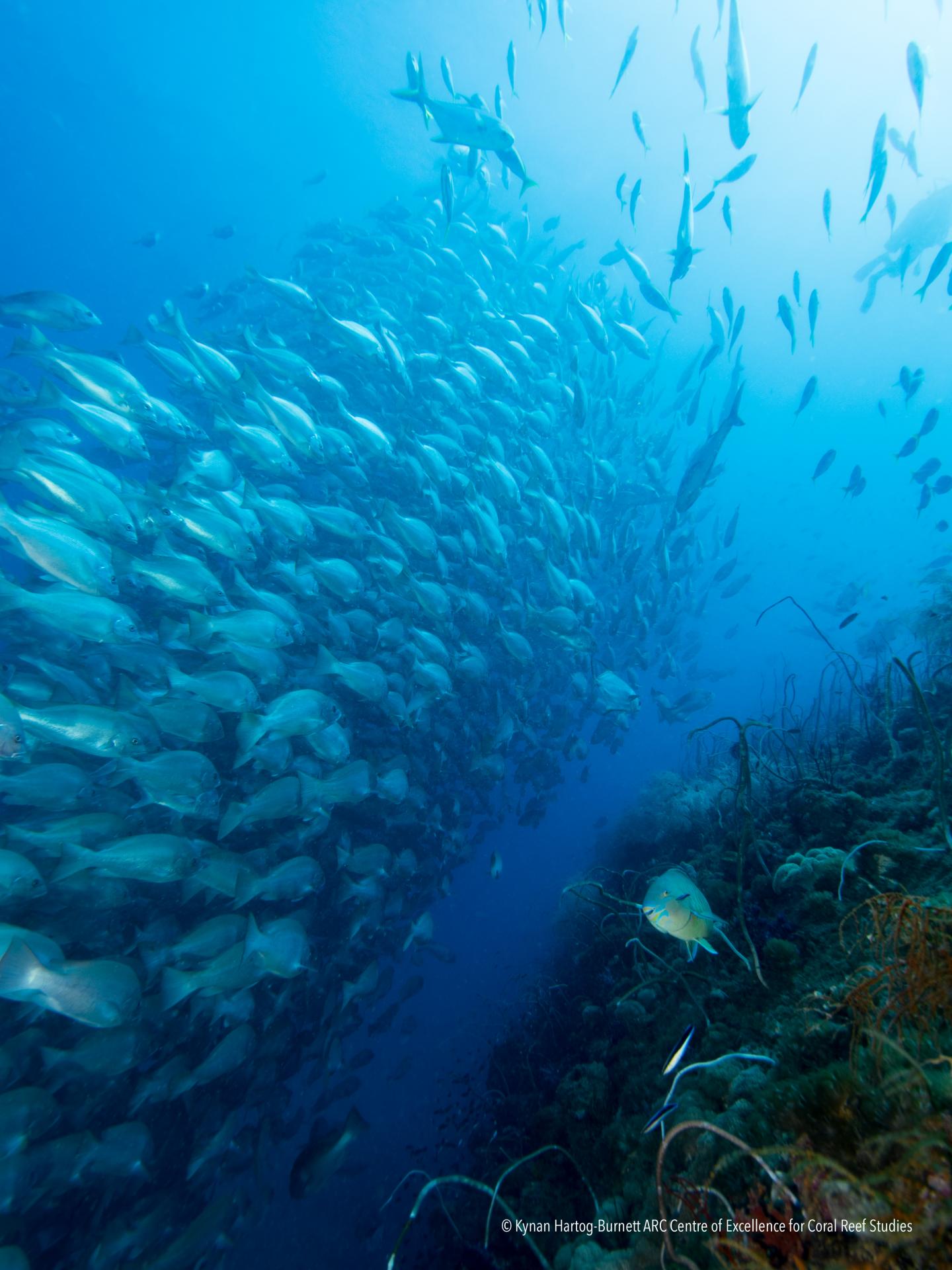 Yellow zones limit, rather than prohibit, fishing through fishing gear restrictions. For example, limited line fishing is allowed with one rod or line and one hook per person.

“We found the numbers of popular fishing targets in these yellow zones are up to 69 percent of what they are in the adjacent no-take green zones,” Dr Hall said.

Green zones, where all fishing is prohibited, are more frequently studied areas. Their benefits to conservation and flow-on fisheries are already well-established.

Though there were fewer fishing targets in the yellow zones, both yellow and green zones had similar abundances of non-target fishes and richness of fish species overall.

Yellow zones were set aside as partially protected areas in the Great Barrier Reef Marine Park Authority’s (GBRMPA) 2004 zoning plan. Co-author Darren Cameron, from GBRMPA, said the Great Barrier Reef is one of the world’s largest and most comprehensively studied marine parks. However, this research is the first to specifically address yellow zones.

The study took place within the Hinchinbrook and Dunk Island region. The area has outstanding biodiversity and cultural heritage. It is an important area for recreational, commercial and indigenous fishing. The study also considers zoning on inshore reefs, an area which has previously received little attention.

The project is a collaboration between Coral CoE at JCU and GBRMPA, as part of Dr Hall’s Advance Queensland Post-Doctoral Fellowship. The analyses form part of her broader project evaluating yellow zones across the Great Barrier Reef.

“Data from our project will be critical for conservation and fisheries alike,” Dr Hall said.

What is a Yellow Zone?

Fishing activities allowed in a Conservation Park (Yellow) Zone include:

* Limited line fishing (one hand-held rod or one hand-held line per person, with no more than one hook attached to that line)

* Restriction on the number of commercial fishing tender vessels