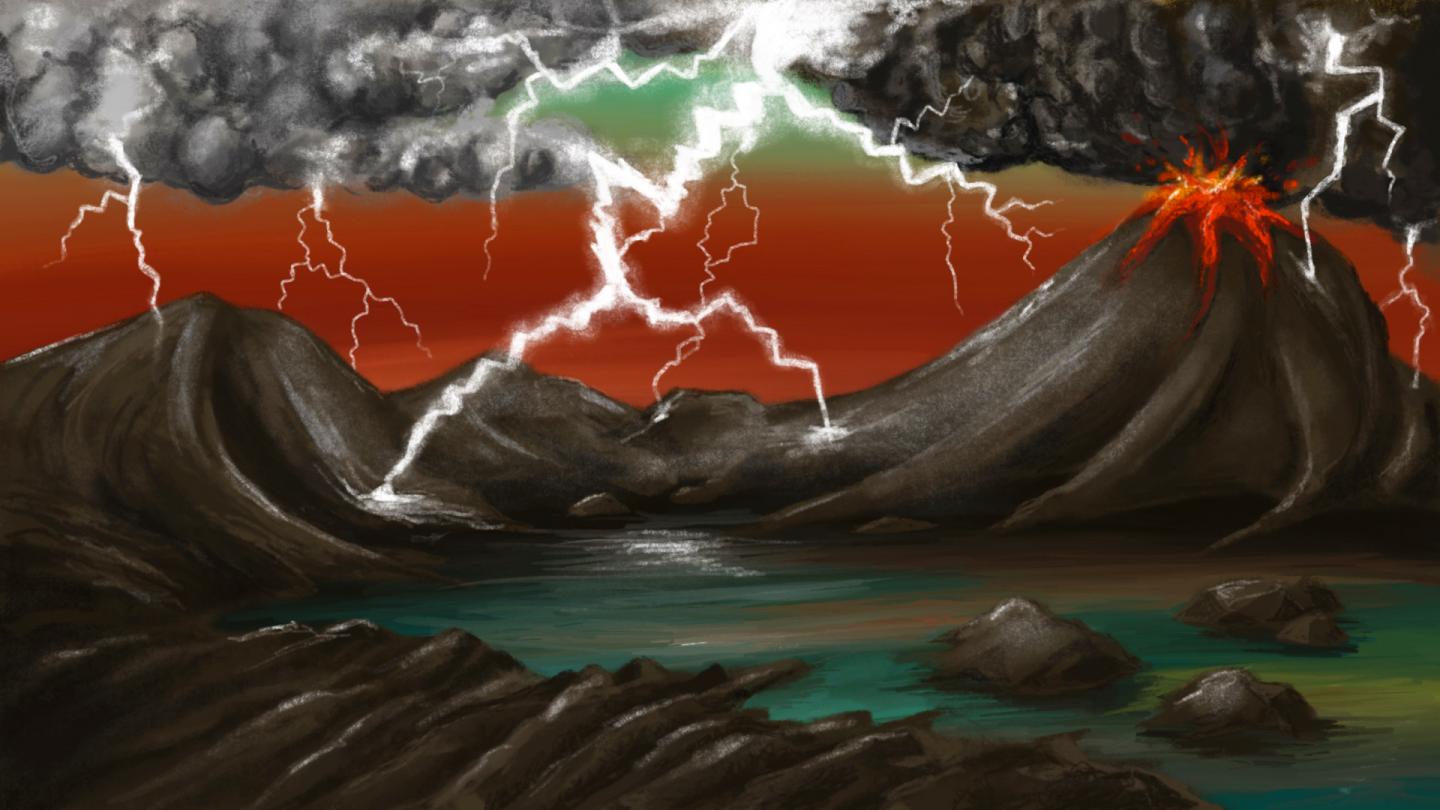 Lightning strikes were just as important as meteorites in creating the perfect conditions for life to emerge on Earth, geologists say.

Minerals delivered to Earth in meteorites more than 4 billion years ago have long been advocated as key ingredients for the development of life on our planet.

Scientists believed minimal amounts of these minerals were also brought to early Earth through billions of lightning strikes.

But now researchers from the University of Leeds have established that lightning strikes were just as significant as meteorites in performing this essential function and allowing life to manifest.

They say this shows that life could develop on Earth-like planets through the same mechanism at any time if atmospheric conditions are right. The research was led by Benjamin Hess during his undergraduate studies at the University of Leeds in the School of Earth and Environment.

Mr Hess and his mentors were studying an exceptionally large and pristine sample of fulgurite, – a rock created when lightning strikes the ground. The sample was formed when lightning struck a property in Glen Ellyn, Illinois, USA, in 2016, and donated to the geology department at Wheaton College nearby.

The Leeds researchers were initially interested in how fulgurite is formed but were fascinated to discover in the Glen Ellyn sample a large amount of a highly unusual phosphorous mineral called schreibersite.

Phosphorus is essential to life and plays a key role in all life processes from movement to growth and reproduction. The phosphorous present on early Earth’s surface was contained in minerals that cannot dissolve in water, but schreibersite can.

“Most models for how life may have formed on Earth’s surface invoke meteorites which carry small amounts of schreibersite. Our work finds a relatively large amount of schreibersite in the studied fulgurite.

“Lightning strikes Earth frequently, implying that the phosphorus needed for the origin of life on Earth’s surface does not rely solely on meteorite hits.

“Perhaps more importantly, this also means that the formation of life on other Earth-like planets remains possible long after meteorite impacts have become rare.”

The team estimate that phosphorus minerals made by lightning strikes surpassed those from meteorites when the earth was around 3.5 billion years old, which is about the age of the earliest known micro-fossils, making lightning strikes significant in the emergence of life on the planet.

Furthermore, lightning strikes are far less destructive than meteor hits, meaning they were much less likely to interfere with the delicate evolutionary pathways in which life could develop.

The School of Earth and Environment funded the project under a scheme which enables undergraduate led research using high-end analytical facilities.

Dr Harvey said: “The early bombardment is a once in a solar system event. As planets reach their mass, the delivery of more phosphorus from meteors becomes negligible.

“Lightning, on the other hand, is not such a one-off event. If atmospheric conditions are favourable for the generation of lightning, elements essential to the formation of life can be delivered to the surface of a planet.

“This could mean that life could emerge on Earth-like planets at any point in time.”

Professor Piazolo said: “Our exciting research opens the door to several future avenues of investigation, including search for and in-depth analysis of fresh fulgurite in Early Earth-like environment; in-depth analysis of the effect of flash heating on other minerals to recognize such features in the rock record, and further analysis of this exceptionally well-preserved fulgurite to identify the range of physical and chemical processes within.

“All these studies will help up to increase our understanding of the importance of fulgurite in changing the chemical environment of Earth through time.”

Pictures: An illustration of early Earth, as it would have looked around 4 billion years ago (credit Lucy Entwisle)

The University of Leeds

The University was awarded a Gold rating by the Government’s Teaching Excellence Framework in 2017, recognising its ‘consistently outstanding’ teaching and learning provision. Twenty-six of our academics have been awarded National Teaching Fellowships – more than any other institution in England, Northern Ireland and Wales – reflecting the excellence of our teaching.
http://www.leeds.ac.uk Follow University of Leeds or tag us in to coverage: Twitter Facebook LinkedIn Instagram