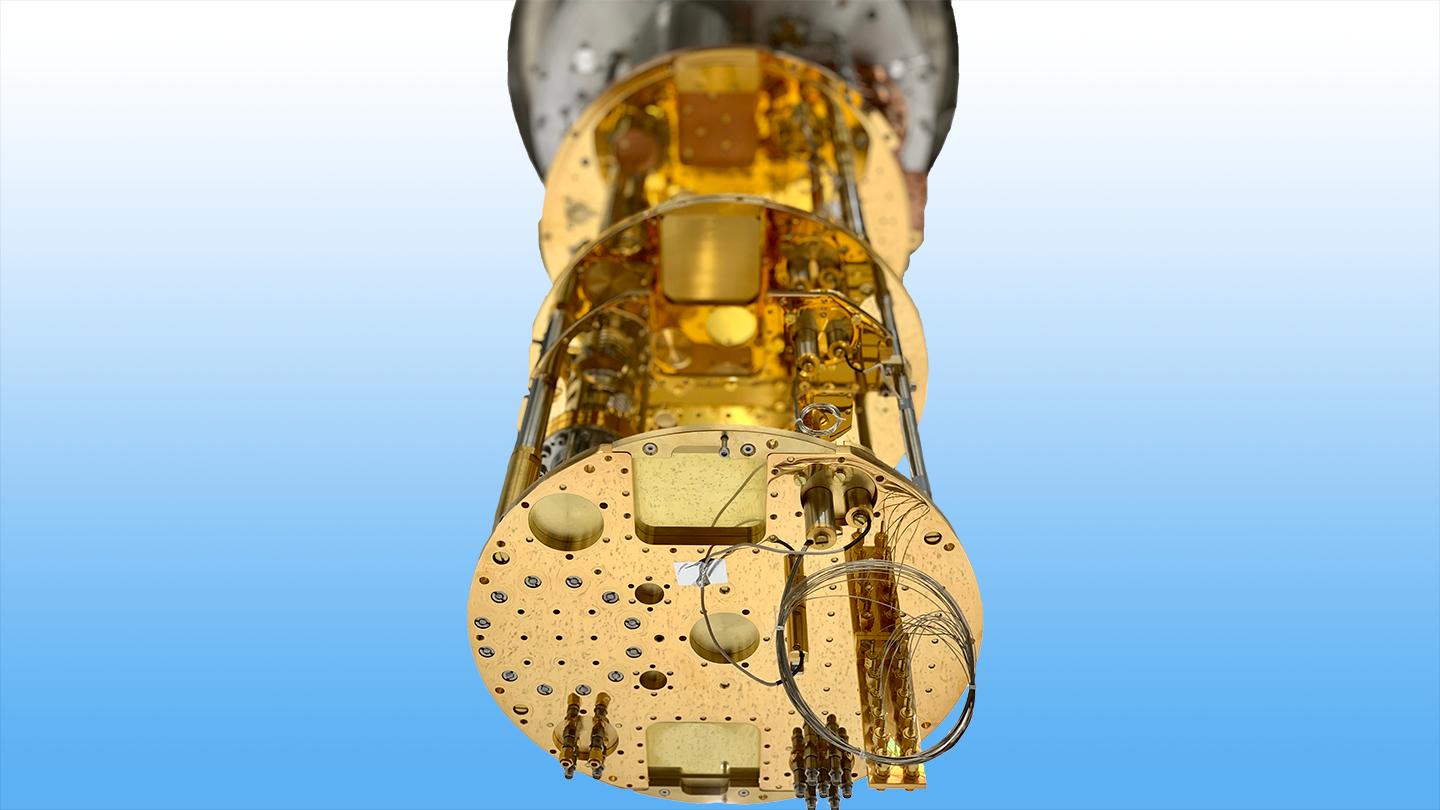 In the last few years, several technology companies including Google, Microsoft, and IBM, have massively invested in quantum computing systems based on microwave superconducting circuit platforms in an effort to scale them up from small research-oriented systems to commercialized computing platforms. But fulfilling the potential of quantum computers requires a significant increase in the number of qubits, the building blocks of quantum computers, which can store and manipulate quantum information.

But quantum signals can be contaminated by thermal noise generated by the movement of electrons. To prevent this, superconducting quantum systems must operate at ultra-low temperatures – less than 20 milli-Kelvin – which can be achieved with cryogenic helium-dilution refrigerators.

The output microwave signals from such systems are amplified by low-noise high-electron mobility transistors (HEMTs) at low temperatures. Signals are then routed outside the refrigerator by microwave coaxial cables, which are the easiest solutions to control and read superconducting devices but are poor heat isolators, and take up a lot of space; this becomes a problem when we need to scale up qubits in the thousands.

Researchers in the group of Professor Tobias J. Kippenberg at EPFL’s School of Basic Sciences have now developed a novel approach that uses light to read out superconducting circuits, thus overcoming the scaling challenges of quantum systems. The work is published in Nature Electronics.

The scientists replaced HEMT amplifiers and coaxial cables with a lithium niobate electro-optical phase modulator and optical fibers respectively. Microwave signals from superconducting circuits modulate a laser carrier and encode information on the output light at cryogenic temperatures. Optical fibers are about 100 times better heat isolators than coaxial cables and are 100 times more compact. This enables the engineering of large-scale quantum systems without requiring enormous cryogenic cooling power. In addition, the direct conversion of microwave signals to the optical domain facilitates long-range transfer and networking between quantum systems.

“We demonstrate a proof-of-principle experiment using a novel optical readout protocol to optically measure a superconducting device at cryogenic temperatures,” says Amir Youssefi, a PhD student working on the project. “It opens up a new avenue to scale future quantum systems.” To verify this approach, the team performed conventional coherent and incoherent spectroscopic measurements on a superconducting electromechanical circuit, which showed perfect agreement between optical and traditional HEMT measurements.

Although this project used a commercial electro-optical phase modulator, the researchers are currently developing advanced electro-optical devices based on integrated lithium niobate technology to significantly enhance their method’s conversion efficiency and lower noise.