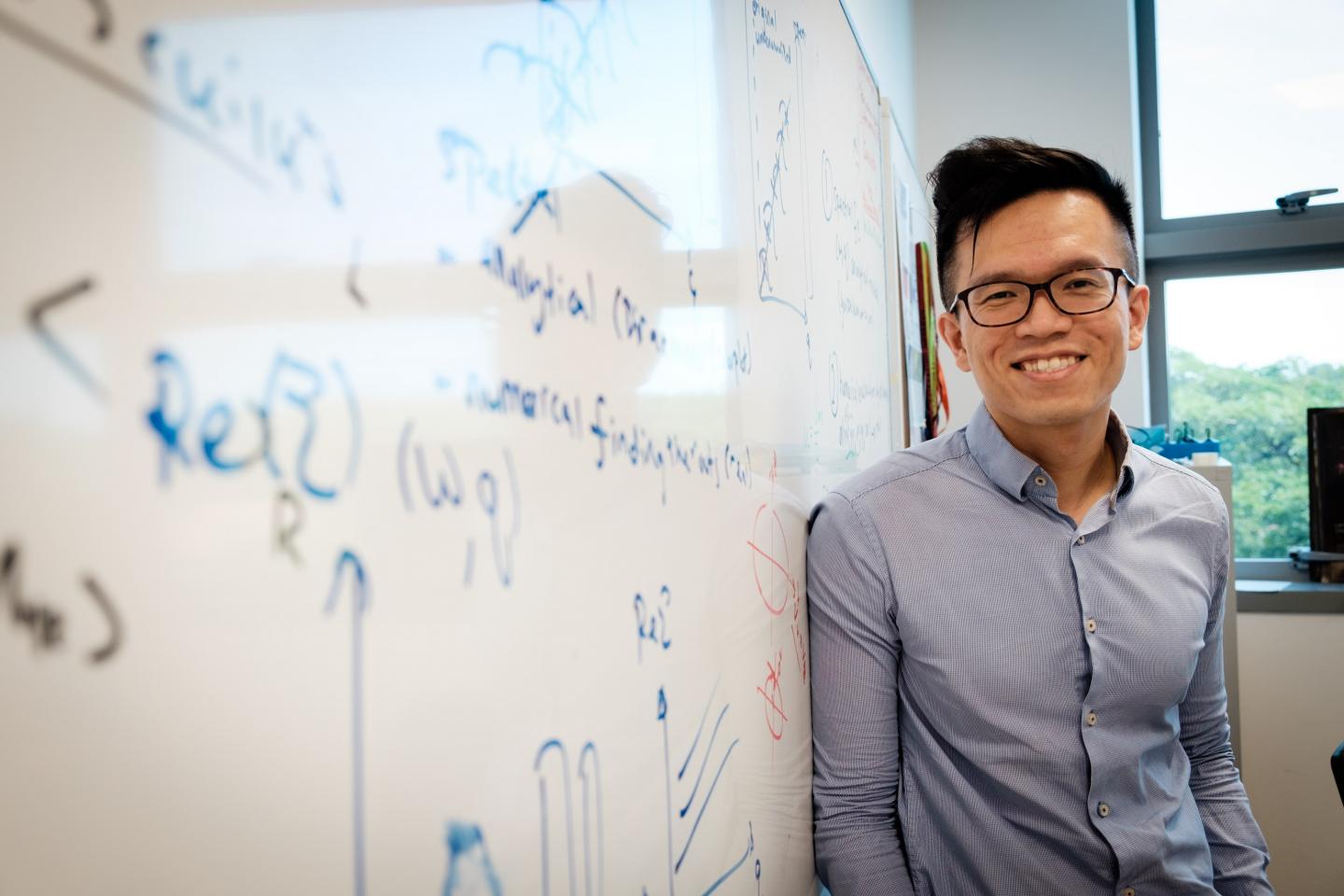 Physicists from Nanyang Technological University, Singapore (NTU Singapore) and the Niels Bohr Institute in Copenhagen, Denmark, have devised a method to turn a non-magnetic metal into a magnet using laser light.

Magnets and their magnetic field are typically produced by circulating currents, like those found in everyday electromagnetic coils. The ‘handedness’ of these coils – whether they are wound in clockwise or anticlockwise fashion – determines the direction of the magnetic field produced.

The scientists theorise that when non-magnetic metallic disks are illuminated by linearly polarised light – light that does not possess any handedness of its own – circulating electric currents and hence magnetism can spontaneously emerge in the disk.

The new theory by Assistant Professor Justin Song from NTU’s School of Physical and Mathematical Sciences and Associate Professor Mark Rudner from Niels Bohr Institute, was published in the scientific journal Nature Physics earlier this month.

In formulating their proposal, the scientists developed a new way of thinking about the interaction between light and matter. They used a combination of pencil-and-paper calculations and numerical simulations to devise it.

Prof Song said that their scheme is an example of how novel strong light-matter interactions could be used to create material properties “on-demand”. If realised experimentally, this would open up a wide variety of potential applications across a range of high quality plasmonic materials such as graphene.

The properties of many materials are conventionally thought to be fixed, determined by the arrangement of its atoms at the nanoscale. For example, the configuration of atoms in a material dictates whether it conducts electricity easily or has insulating/non-conductive behaviour.

Song and Rudner wanted to explore how plasmons – local oscillations of charge in metals – and the intense oscillating electric fields they create, can be used to alter material properties.

Like how light consists of photons, the plasma oscillation consists of plasmons, a type of quasiparticle. Plasmons tend to oscillate and move in the same direction as the field that is driving it (for example, the light field’s polarisation direction).

However, the scientists found that when the light irradiation is strong enough, the plasmons in a non-magnetic metallic disk can spontaneously rotate in either a left-handed or right-handed fashion, even when driven by linearly polarised light.

“This was a signature that the material’s intrinsic properties had been altered,” said Asst Prof Song. “We found that when a plasmon’s strong internal fields modify a material’s electronic band structure it would also transform the plasmon as well, setting up a feedback loop enabling the plasmon to spontaneously exhibit a chirality.”

This chiral motion of the plasmon produced a magnetisation which then made the non-magnetic metallic disk of their scheme, magnetic.

The scientists say that the key observation in their theoretical analysis is that intense plasmonic oscillating electric fields can modify the dynamics of the electrons in the metal.

Song and Rudner used this insight to theoretically demonstrate the conditions when feedback from the internal fields of the plasmons could trigger an instability towards spontaneous magnetisation in the system. The team expects that this theoretical approach could be realised in a range of high quality plasmonic materials such as graphene.

Song and Rudner’s research, in contrast to these approaches, has gone much further, they say.

“We found that the plasmons can acquire a kind of ‘separate life’ or ’emergence’ with new properties that were not present in either the metal that hosts the plasmons or the light field that was driving it,” Asst Prof Song added. The behaviour of the plasmon was emergent in the sense that it broke the intrinsic symmetries of both the light field and the metal.

Emergent behaviour, where the whole is more than the sum of its parts, arises when many particles interact with each other to act in a collective way. It is responsible for a range of useful phases of matter such as ferromagnets and superconductors that are typically controlled by temperature. The team’s research extends this idea to plasmons and puts forward how it can be controlled by light irradiation.

“On a deeper level, there are many fundamental questions to explore about the nature of the non-equilibrium spontaneous symmetry breaking (“emergence”) that we predicted,” said Assoc Prof Rudner.

Asst Prof Song agreed, saying “Perhaps the most meaningful take-home message of our work is that it shows that collective modes can exhibit distinct new phases. If plasmonic magnetism is possible, what other phases of collective modes are waiting to be uncovered?”

Ranked 11th in the world, NTU has also been placed the world’s top young university for the past six years. The University’s main campus is frequently listed among the Top 15 most beautiful university campuses in the world and it has 57 Green Mark-certified (equivalent to LEED-certified) building projects comprising more than 230 buildings, of which 95% are certified Green Mark Platinum. Apart from its main campus, NTU also has a campus in Singapore’s healthcare district.

Supposed disorder is not disorder after all

Scienmag Apr 17, 2019
Credit: Gabriela Zuquim Understanding the ecology and distributions of species in Amazonia is…