Light for the nanoworld 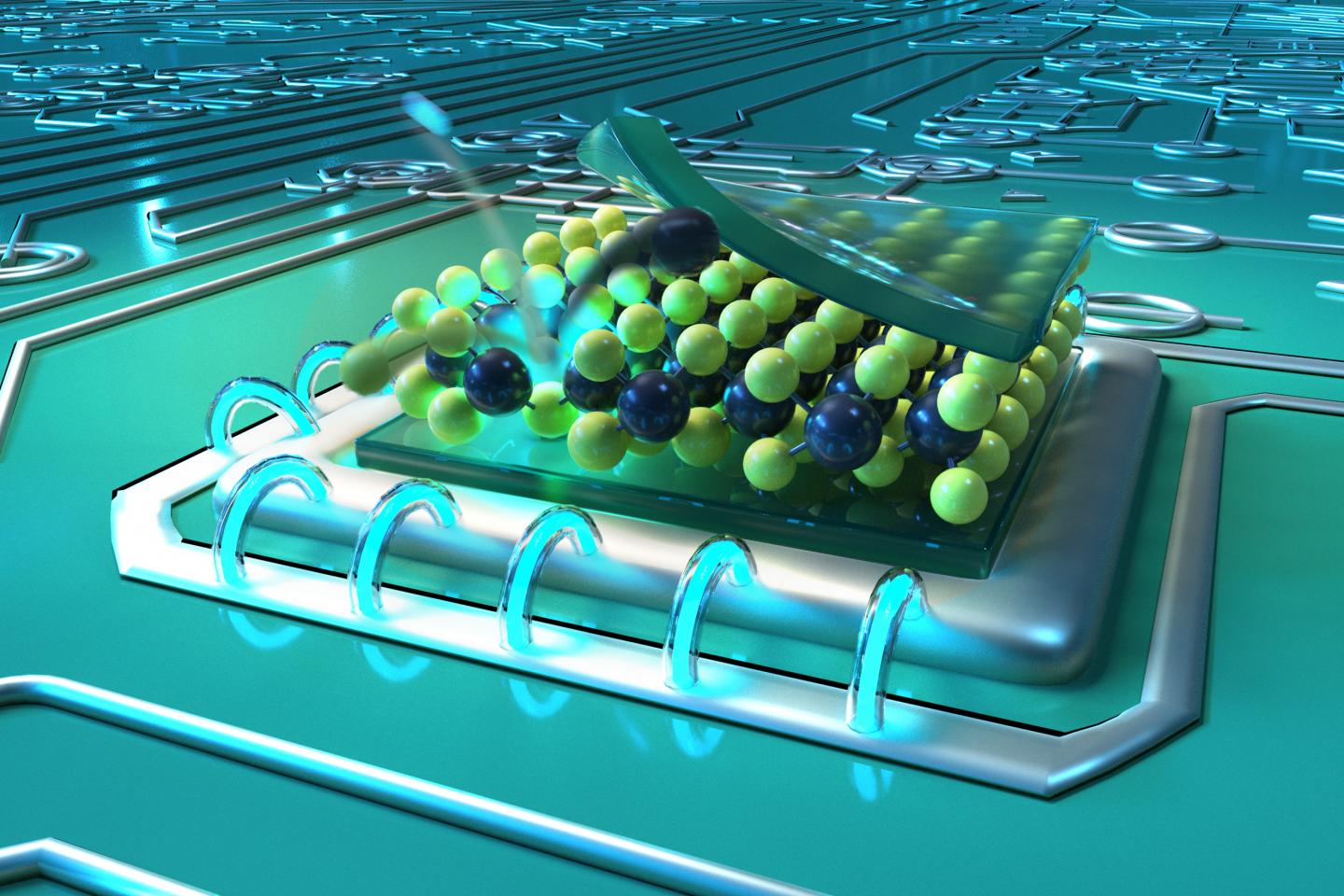 An international team headed up by Alexander Holleitner and Jonathan Finley, physicists at the Technical University of Munich (TUM), has succeeded in placing light sources in atomically thin material layers with an accuracy of just a few nanometers. The new method allows for a multitude of applications in quantum technologies, from quantum sensors and transistors in smartphones through to new encryption technologies for data transmission.

Previous circuits on chips rely on electrons as the information carriers. In the future, photons which transmit information at the speed of light will be able to take on this task in optical circuits. Quantum light sources, which are then connected with quantum fiber optic cables and detectors are needed as basic building blocks for such new chips.

An international team headed up by TUM physicists Alexander Holleitner and Jonathan Finley has now succeeded in creating such quantum light sources in atomically thin material layers and placing them with nanometer accuracy.

“This constitutes a first key step towards optical quantum computers,” says Julian Klein, lead author of the study. “Because for future applications the light sources must be coupled with photon circuits, waveguides for example, in order to make light-based quantum calculations possible.”

The critical point here is the exact and precisely controllable placement of the light sources. It is possible to create quantum light sources in conventional three-dimensional materials such as diamond or silicon, but they cannot be precisely placed in these materials.

The physicists then used a layer of the semiconductor molybdenum disulfide (MoS2) as the starting material, just three atoms thick. They irradiated this with a helium ion beam which they focused on a surface area of less than one nanometer.

In order to generate optically active defects, the desired quantum light sources, molybdenum or sulfur atoms are precisely hammered out of the layer. The imperfections are traps for so-called excitons, electron-hole pairs, which then emit the desired photons.

Technically, the new helium ion microscope at the Walter Schottky Institute’s Center for Nanotechnology and Nanomaterials, which can be used to irradiate such material with an unparalleled lateral resolution, was of central importance for this.

On the road to new light sources

Together with theorists at TUM, the Max Planck Society, and the University of Bremen, the team developed a model which also describes the energy states observed at the imperfections in theory.

This is the experimental gateway to a world which has long only been described in theory within the context of the so-called Bose-Hubbard model which seeks to account for complex processes in solids.

And there may be progress not only in theory, but also with regard to possible technological developments. Since the light sources always have the same underlying defect in the material, they are theoretically indistinguishable. This allows for applications which are based on the quantum-mechanical principle of entanglement.

“It is possible to integrate our quantum light sources very elegantly into photon circuits,” says Klein. “Owing to the high sensitivity, for example, it is possible to build quantum sensors for smartphones and develop extremely secure encryption technologies for data transmission.”

The work was supported by the Deutsche Forschungsgemeinschaft (DFG, German Research Foundation), by the TUM International Graduate School of Science and Engineering (IGSSE), by the clusters of excellence “Nanosystems Initiative Munich” (NIM), “Munich Center for Quantum Science and Technology” (MCQST) and “e-conversion”, the TUM Institute for Advanced Study, the ExQM doctoral program of the Bavarian Elite Network, by the European Union in the context of Horizon 2020, the Photonics Research Germany funding program, and the Bavarian Academy of Sciences and Humanities.

Turtle embryos play a role in determining their own sex