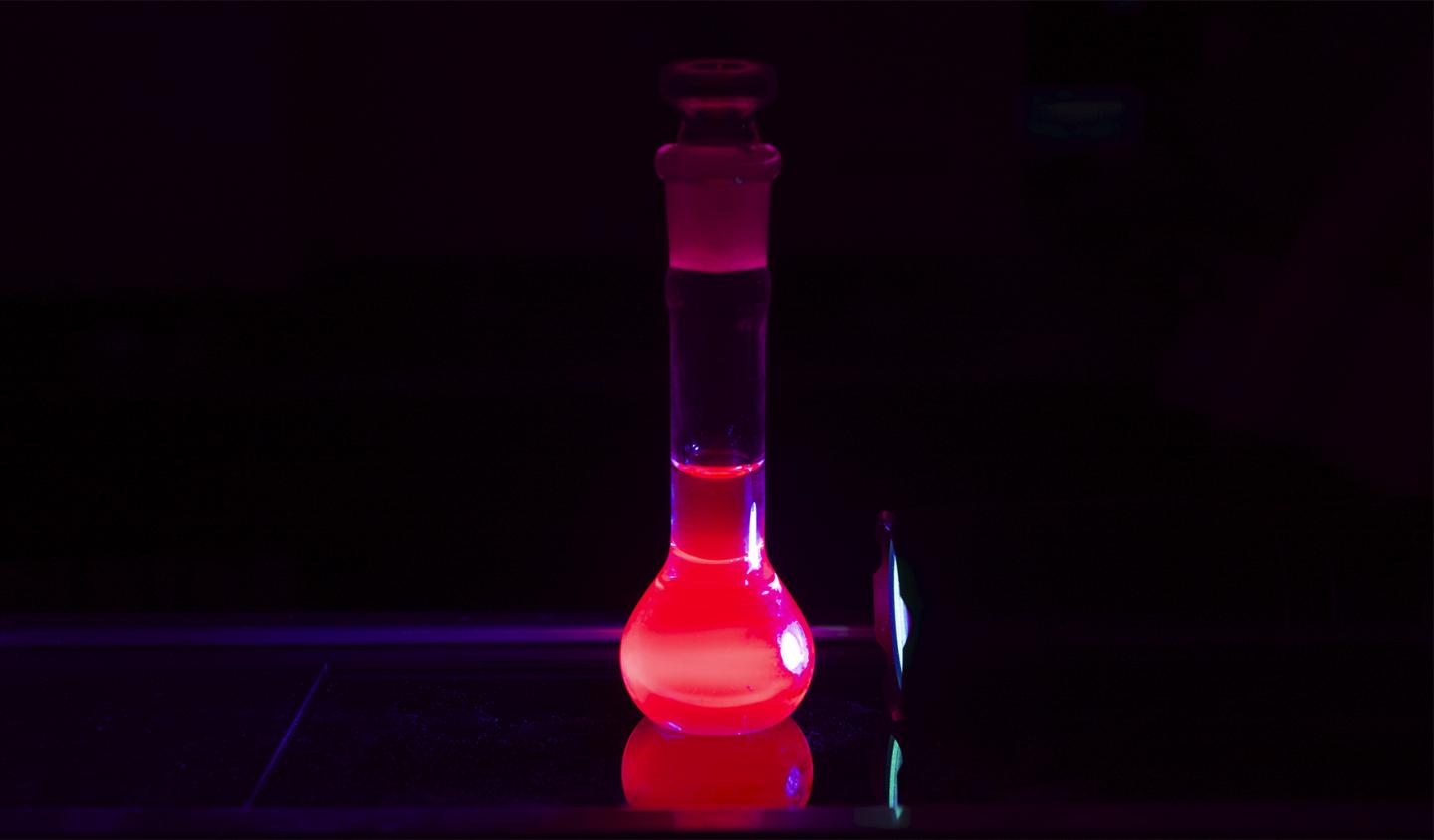 A unique molecular design developed by Hokkaido University researchers causes a europium complex to shine more than five times brighter than the best previous design when it absorbs low energy blue light. The findings were published in the journal Communications Chemistry, and could lead to more efficient photosensitizers with a wide variety of applications.

Photosensitizers are molecules that become excited when they absorb light and then transfer this excited energy to another molecule. They are used in photochemical reactions, energy conversion systems, and in photodynamic therapy, which uses light to kill some kinds of early-stage cancer.

The design of currently available photosensitizers often leads to inevitable energy loss, and so they are not as efficient in light absorption and energy transfer as scientists would like. It also requires high energy light such as UV for excitation.

Yuichi Kitagawa and Yasuchika Hasegawa of Hokkaido University’s Institute for Chemical Reaction Design and Discovery (WPI-ICReDD) worked with colleagues in Japan to improve the design of conventional photosensitizers.

Their concept is based on extending the lifetime of a molecular energy state called the triplet excited state and reducing gaps between energy levels within the photosensitizer molecule. This would lead to more efficient use of photons and reduced energy loss.

Experiments showed the complex best absorbed light with wavelengths of 450nm. When a blue LED (light-emitting diode) light was shone on the complex, it glowed more than five times brighter than the europium complex which until now had the strongest reported emission under blue light. The researchers also demonstrated that the complex can bear high temperatures above 300? thanks to its rigid structure.

“This study provides insights into the design of photosensitizers and can lead to photofunctional materials that efficiently utilize low energy light,” says Yuichi Kitagawa of the research team. The new design could be applied to fabricate molecular light-emitting devices, among other applications, the researchers say.

Study calls for improved sanitation and the environmental management of…

The key to the new decade, and a new you