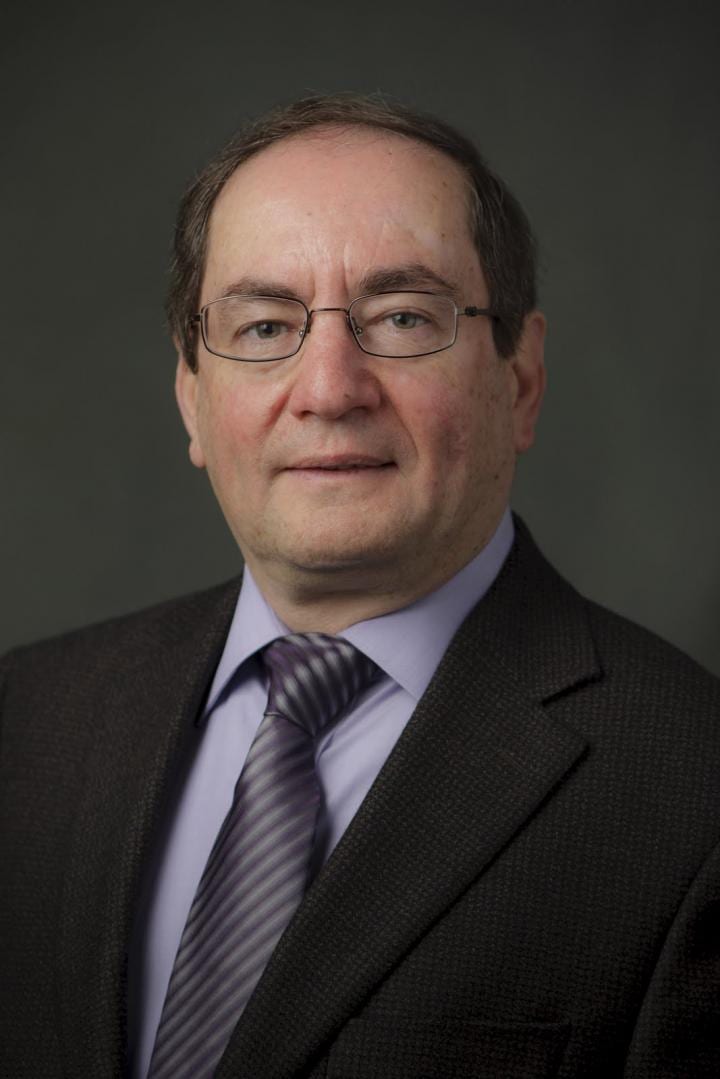 Dr. Israel E. Wachs, the G. Whitney Snyder Professor of Chemical and Biomolecular Engineering at Lehigh University’s P.C. Rossin College of Engineering and Applied Science has been elected as a fellow of the National Academy of Inventors (NAI).

The NAI describes the honor as “the highest professional distinction accorded to academic inventors who have demonstrated a prolific spirit of innovation in creating or facilitating outstanding inventions that have made a tangible impact on quality of life, economic development and the welfare of society.”

The rigorous selection process begins with peer nominations and includes evaluation by a selection committee, which this year encompassed NAI Fellows; US National Medal recipients; AAAS-Lemelson Invention Ambassadors; senior officials from the USPTO, Association of University Technology Managers (AUTM), and the Smithsonian Lemelson Center; National Inventors Hall of Fame Inductees and board members; and members of the National Academies of Science, Engineering, and Medicine.

Says Wachs: “I am humbled to have been recognized by this honor that positively reflects on my academic career and the Department of Chemical and Biomolecular Engineering, the Rossin College, and Lehigh University.”

Letters supporting Wachs’ nomination placed him among the top five influential inventors worldwide in the field of catalysis. Catalysts are materials that both speed up chemical reactions and minimize wasteful byproducts by directing them to desired products.

Catalysis has wide-ranging industrial applications–e.g., fuels, chemicals, food supply, pharmaceuticals–and plays a key role in reducing environmental pollution, not only by removing contaminants but also by conserving energy. The global catalyst market is expected to exceed $34 billion by 2024, according to a recent analysis, and the products produced by catalysts are estimated to be worth approximately 100 times that amount.

Wachs has made seminal contributions to both fundamentals and applications of catalysis: His work in developing more-efficient catalysts has led to reductions in toxic emissions of undesirable greenhouse gases, such as carbon dioxide, nitrogen oxides, and sulfur-containing hydrocarbons, as well as improvements in the efficiency and economics of chemical processes.

Wachs has earned worldwide recognition for his heterogeneous catalysis research and for his modern approach to establishing fundamental relationships between surface structure and kinetic activity for metal oxides catalysts. He is also well-known for his pioneering work on mixed oxide catalysis, having established a world-class catalysis research laboratory at Lehigh in the practice of operando molecular spectroscopy–the characterization of catalysts under reaction conditions with simultaneous real-time online analysis of reaction products that allow for establishment of structure-property relationships that guide the rational design of novel and improved catalysts.

As an inventor, Wachs holds 38 US patents in the fields of pulp and paper and chemical industries, 19 of which have been licensed, and has developed innovative catalytic technology for treatment of waste streams from paper mills.

Over his extensive academic career, Wachs has helped promote a culture of excellence in research and innovation at Lehigh, serving as a role model and mentoring the next generation of researchers and scholars from undergraduate students to young faculty. He shares his expertise in critical thinking, patents, and technical communication skills through Opportunities for Student Innovations, a successful undergraduate senior capstone course that provides experiential learning opportunities centered on developing solutions to real-world industrial engineering problems.

In April, the 2019 NAI Fellows will be inducted as part of the Eighth NAI Annual Meeting in Houston, featuring Andrew Hirshfeld, USPTO Commissioner for Patents, as keynote speaker. The Fellows will also be highlighted with a full-page announcement in the 25 Jan. 2019 issue of The Chronicle of Higher Education, as well as in upcoming issues of Technology & Innovation.

Wachs’ impact on the field of catalysis continues to grow as reflected by the impact of his research publications: According to data compiled by Webometrics, he recently surpassed a landmark in publication citations, achieving an h-index of over 100, based on his Google Scholar citations. That places him among the top 2800 researchers worldwide in all disciplines of all times (from approximately 1900 to the present).

The h-index is used by researchers across disciplines to evaluate productivity and the influence of published works.

The current list of about 3200 researchers with an h-index above 100 includes household names such as Sigmund Freud and Albert Einstein along with distinguished researchers ranging from Nobel Laureates to leading engineers and scientists in every discipline.

The h-index was originally suggested by a physicist, Jorge E. Hirsch, in 2005, as a measure of productivity and citation impact of the publications of a researcher, according to Dr. Mayuresh Kothare, chair of the Department of Chemical and Biomolecular Engineering at the Rossin College. Wachs’ h-index of 106 means that he has published 106 papers, each of which has been cited in other papers at least 106 times.

“The h-index is widely used as one of several metrics to gauge impact of the scholarly publications of a researcher,” says Kothare. “In a way, it is the academic and scholarly version of counting your Twitter followers–the more followers you have, the more your tweets are being read by others. Reaching an h-index of 100 is an astonishing scholarly accomplishment that reflects the influence that Dr. Wachs’ research has had in the fields of heterogeneous catalysis and chemical engineering.”

In an academic career spanning three decades, Israel E. Wachs has earned international renown for research of heterogeneous catalysis. Wachs has made innovative contributions to fundamental catalysis that have been applied in the manufacture of chemicals and air pollution control. He has also held many leadership positions.

The research aims to identify the catalytic active sites present on the heterogeneous catalyst surface, sites responsible for the reactions, to allow establishment of fundamental structure-activity/selectivity relationships that will guide the rational design of advanced catalysts. The research approach taken by the Wachs group is to simultaneously monitor the surface of the catalyst with molecular spectroscopy under reaction conditions and reactant conversion and product selectivity with online GC/mass spectrometer analysis. This new and cutting-edge research methodology has been termed operando spectroscopy and is allowing for the unprecedented development of molecular level structure-activity/selectivity relationships for catalysts. The spectroscopic techniques employed by the Wachs group for determination of the catalytic active sites and surface reaction intermediates are Raman, infrared (IR), ultra violet-visible (UV-vis), X-ray Absorption Spectroscopy (XANES/EXAFS), Nuclear Magnetic Resonance (NMR), Electron Paramagnetic Resonance (EPR), and Temperature Programmed Surface Reaction (TPSR). Isotopic labeling of molecules with Deuterium (Hydrogen-2), Oxygen-18, and Carbon-13 is also used to aid in tracking reaction pathways, determine rate-determining-steps, and distinguish between spectator species and actual surface reaction intermediates.

Additional details about the Wachs group activities (publications, presentations, awards, etc.) can be found on the group site at lehigh.edu/operando.

Life expectancy for blacks in US driven down by guns