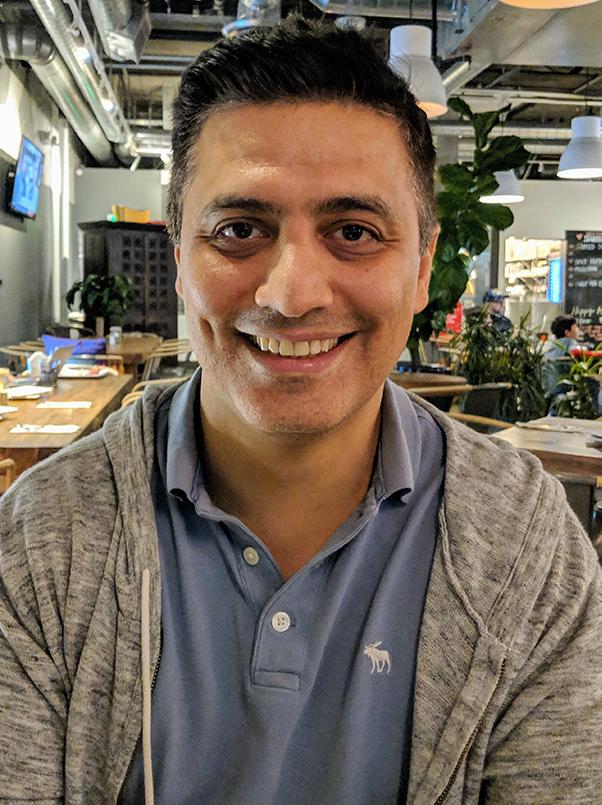 Nader Motee, an associate professor of mechanical engineering and mechanics at Lehigh University’s P.C. Rossin College of Engineering and Applied Science, has been selected to receive a 2019 Best SICON Paper Prize, presented by the Society for Industrial and Applied Mathematics (SIAM) Activity Group on Control and Systems Theory (SIAG/CST).

The award recognizes “Sparsity and Spatial Localization Measures for Spatially Distributed Systems” as one of the two most outstanding papers published in the SIAM Journal on Control and Optimization (SICON) in the three calendar years preceding the award year. Motee’s work with co-author Qiyu Sun, a professor in the department of mathematics at the University of Central Florida, was published in 2017.

“Our work is motivated by applications of an important family of spatially distributed systems where coupling between every two subsystems decays as a function of their (spatial) distance; for example, a team of robots communicating with each other in a spatial domain,” says Motee. “Our results suggest that estimation and control design problems for this class of systems can be implemented in a localized and distributed fashion.”

The research is based on work Motee conducted as an Air Force Office of Scientific Research (AFOSR) Young Investigator Program awardee in 2013.

“The continued recognition of Professor Motee’s work comes as no surprise,” says John Coulter, professor and senior associate dean for research and operations at the Rossin College. “Since joining our faculty in 2011, he’s continually pursued avenues of research–theoretical and experimental–that identify him as an innovator in the design, control, and optimization of distributed control and dynamical systems.”

In 2015, Motee earned a National Science Foundation (NSF) Faculty Early Career Development Program (CAREER) Award. The following year, he was recognized with Young Investigator Award from the Office of Naval Research (ONR) for work proposing the development of a novel unified theory based on a general theory of systemic measures to increase understanding of performance and risk in large networks of autonomous systems.

Motee received his master’s and doctoral degrees in Electrical and Systems Engineering from the University of Pennsylvania. He completed his undergraduate studies at Sharif University of Technology in Tehran, Iran.

The SIAG/CST Best SICON Paper Prize will be presented at the 2019 SIAM Conference on Control and its Applications to be held June 19 to 21, 2019, in Chengdu, China, where Motee will deliver a prize plenary talk on this research.

Strengthening muscle may be healthier than losing fat