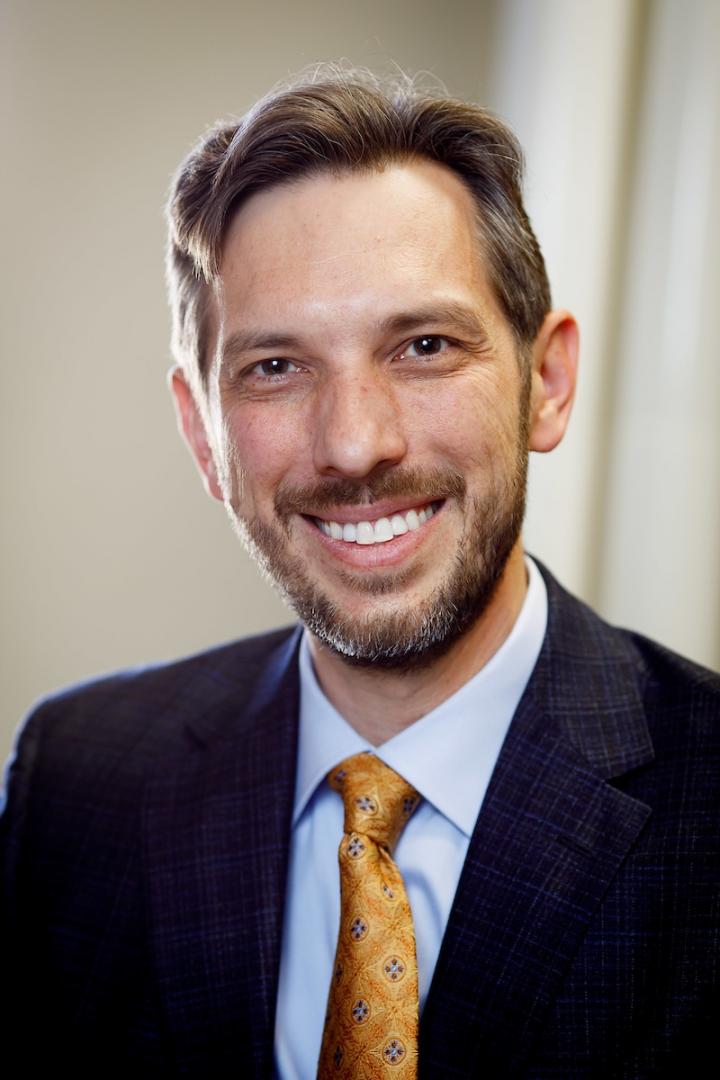 If it’s got an edge, chances are good it’s going to make noise. And for some people, that is an intriguing prospect.

That’s because if they could figure out precisely how the shape of an edge affects the sound it makes as it moves through the air, they could design that edge to be quieter. Quiet enough to alter the experience of living near airports. To reduce the disturbance caused by wind turbines. To increase the viability of new transportation and delivery technologies, like air taxis and drones.

Engineers have sought to make things like airplane wings and turbine blades quieter for years, but have not done so with the magnitude of noise reduction and level of predictability that could ignite a paradigm shift across industries.

“Right now, if you asked, ‘For an ordinary wing of this size in a flow of this speed, could you reliably redesign the wing geometry to be precisely five decibels quieter?’ no one could do that,” says Justin W. Jaworski, an assistant professor of mechanical engineering and mechanics at Lehigh University’s P.C. Rossin College of Engineering and Applied Science.

With help from the National Science Foundation (NSF), Jaworski is working on developing a predictive noise framework that will do just that. His proposal to develop new theoretical models for how edge serrations affect their local fluid flow and acoustic signature recently won him a Faculty Early Career Development (CAREER) Award.

The CAREER program offers the most prestigious award granted by NSF in support of early-career faculty. They are awarded annually in support of junior faculty members across the U.S. who exemplify the role of teacher-scholars through outstanding research, excellent education, and the integration of education and research. Jaworski’s award provides support at the level of approximately $510,000 over five years for his noise research.

One of the ways an airplane wing makes noise is due to air–referred to as a fluid–creating a turbulent layer of eddies near the wing surface. When these eddies pass over the rear (or trailing) edge, they scatter and produce a louder sound than in the absence of the edge. This scattering of turbulence is the ultimate source of the noise we hear.

Using sawtooth or wavelike serrations to change the shape of the wing–either at its leading edge, its trailing edge, its surface, or some combination of the three–can make the wing quieter, or louder if poorly designed.

One source of inspiration for these serrations came from nature–owls, in particular. Thanks to specialized features on their wings, many of these birds can fly in effective silence.

Jaworski has spent nearly a decade studying those features and how they affect the production of noise.

“The owl wing has a kind of serrated leading edge, a porous and compliant trailing edge, and a velvety surface composed of flexible interlocking fibers that look like a jungle canopy when viewed under a microscope,” he says. “So one part of my work has investigated how owls may cleverly use the effects of elasticity and porosity to reduce noise.”

The owl wing also hosts a range of serrated shapes. Comb-like serrations on the leading edge. Fringe along the trailing edge. And a velvety down over the wing surface. But despite decades of study by researchers around the world, it’s still unclear exactly how these serrations help the owl fly with such stealth.

“So the other part of my work is looking at how edge geometry reduces noise,” he says. “People have been using serrations on edges to reduce noise on things like chevrons (the nozzle on airplane engines), fan blades, and turbine blades, but the question is, how do we optimize them? Should serrations be narrow? Wide? Jagged? Curved? There is very little information on predictive design based on physical principles that matches experimental noise measurements.”

Part of the optimization problem lies in the modeling of how air flows over any given serration. Right now, the models use what’s called the “frozen turbulence assumption.” It basically assumes that turbulence–a jumbled region of fluid, or air–passes over an edge without changing. In reality, this turbulence is strongly affected by the presence of the edge. It can stretch, it can rotate, it can change shape. And all of those distortions affect the wing’s noise level.

Which is why the current models have trouble predicting how much noise a given serration will produce. They don’t account for those distortions. They might predict if a noise will increase or decrease, but often not by how much.

“The prevailing theoretical model could say you’re supposed to get a five-decibel noise reduction. But then you carry out an experiment and you find only a one-decibel reduction. That’s a huge difference,” Jaworski says. “We know this distortion happens: you can see it in experiments, you can see it in computations. However, there isn’t a predictive, theoretical model that incorporates it. There’s not enough physics in the current models to furnish an accurate noise reduction. My proposed work deals with that distortion in terms of modeling how edges and other geometrical features interact with flow to affect the noise we hear.”

Understanding the physics will inform future designs. Jaworski’s study will focus on fixed wings, like those on an aircraft, rather than rotating propellers or blades. But he sees this work as a precursor to a time when the model could accurately–and efficiently–predict noise for any given edge and airflow speed.

“If you look at the research literature on serrated edges in the past decade, the vast majority of it is exploratory noise measurements in wind tunnels,” he says. “My goal is to improve the present theoretical models to help direct new experiments that converge on the central physical mechanisms. Our model may suggest an interesting avenue to pursue in the wind tunnel, and these experiments would in turn help confirm or refute the assumptions of our theory and challenge us to further refine our model. That’s the way to do it.”

Corals from the twilight zone: Who eats what on a deep Red Sea reef

Scienmag Oct 29, 2019
Credit: Marcos Schonholz Many coral reefs are found below scuba diving depth. Because of the difficulty in…

A technological ‘leap’ in the Edomite Kingdom during the…