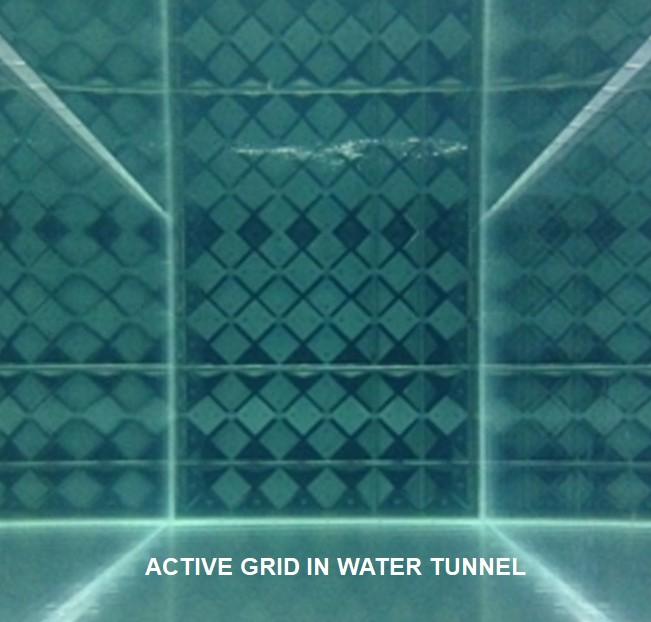 Imagine a single tidal turbine capable of powering a community of 50 to 70 homes all year long.

That’s the potential of turbines being developed by Verdant Power, which builds marine energy systems that harness power generated from currents. Turbines whose design is currently being refined by researchers at Lehigh University’s P.C. Rossin College of Engineering and Applied Science.

“Verdant’s turbine is a downstream turbine, which means the flow goes over the nacelle where the electronics and generator are located, before it hits the rotor blades,” says Arindam Banerjee, an associate professor of mechanical engineering and mechanics. “But as the water flows around the pylon (the tower that supports the nacelle and rotor), the flow is disturbed and creates a velocity deficit, which reduces the amount of energy that is available to the turbine. In addition, vortex shedding from the pylon introduces periodic disturbances in the flow which is known to reduce the life of the rotor blades themselves.”

Banerjee and his team recently received a $250,000 grant from the National Science Foundation (NSF) as part of the organization’s Partnerships for Innovation program to design a pylon with fairings that will reduce this disturbance.

“We’re trying to create a fairing, which is just an enclosure on the pylon, that can steer the wake away from the rotor blade, and reduce the energy loss,” says Banerjee. “In Verdant’s previous generation design, they had a fairing that was essentially a straight plate, and we found through some preliminary laboratory experiments at Lehigh that it was a poor design.”

The NSF funding will allow Banerjee and his Turbulent Flow Design Group to study different fairing shapes in a water tunnel facility located at Lehigh’s Packard Laboratory. The facility is unique as it is equipped with an active grid turbulence generator, which Banerjee designed for his lab, and has the ability to mimic the high levels of free-stream turbulence that occur in the East Channel of the East River, where Verdant’s Roosevelt Island Tidal Energy (RITE) Project is located. Banerjee and his team will test the effect of each shape on the downstream flow at different turbulence intensity levels.

“This active grid turbulence generator is the first such generator developed in an open channel/water tunnel facility,” he says. “It’s a series of winglets inside a water tunnel that are placed upstream of the test section. We operate them at a predetermined frequency, which makes them spin and create turbulence that exactly mimics what is naturally happening in the East River. The goal is to give Verdant prescriptions for the type of fairing that would be advantageous for the next generation of their turbine.”

Banerjee, with his graduate student Ashwin Vinod, recently published an article in the journal Applied Energy (Impact Factor: 8.426) where they report their experimental findings on the effect of inflow turbulence on performance and near-wake of a tidal current turbine.

In preliminary testing, Banerjee and his students designed a double-sided fairing that they then offset at an angle (yaw) from the pylon. “We were able to cut the energy loss almost in half,” he says.

Ultimately, Banerjee would like to see that loss hovering around 1 percent. Such a target would require extensive optimization, but aiming high is the point.

Women most affected by vascular complications of diabetes

A new playbook for interference