Learning about system stability from ants 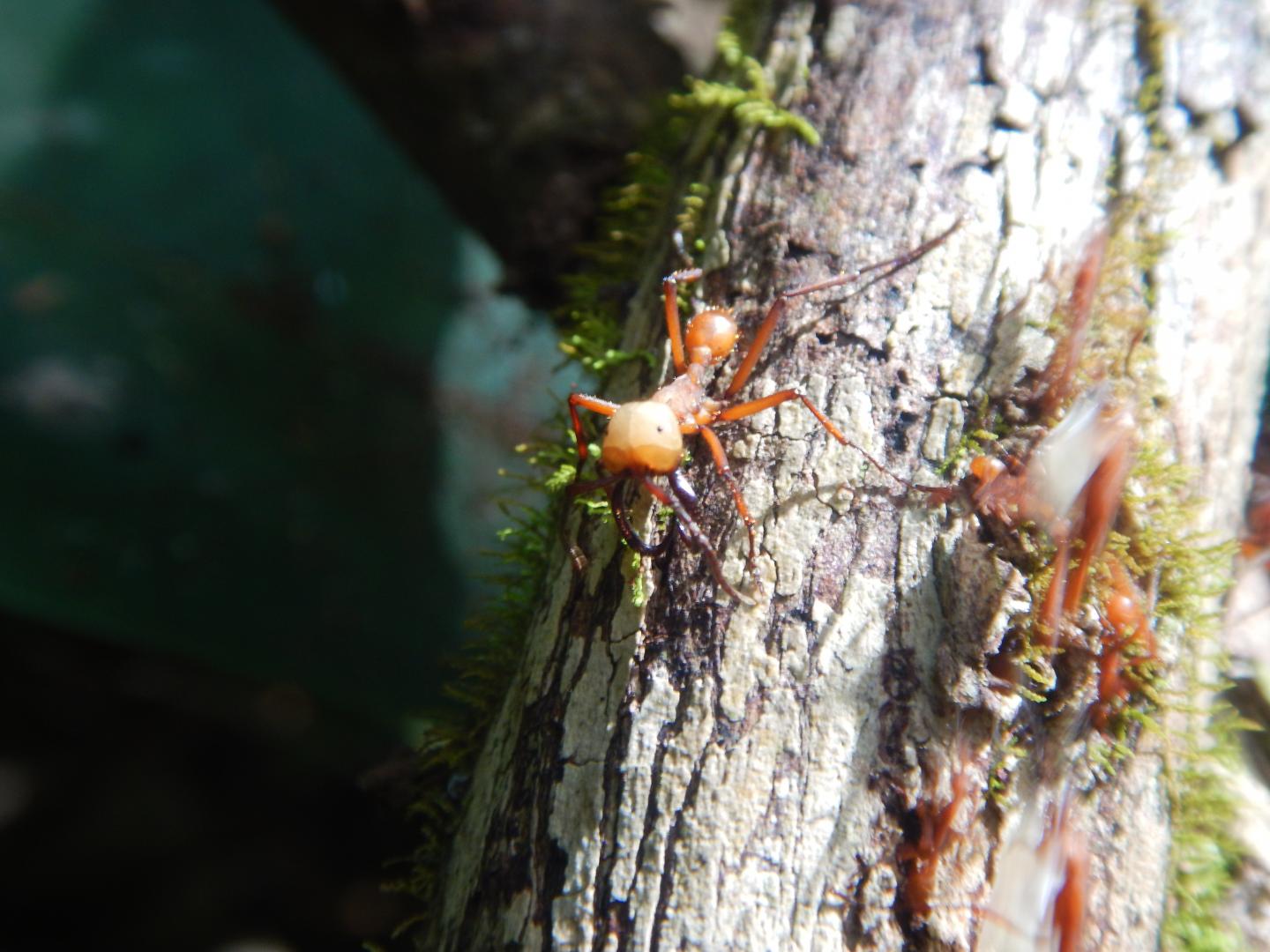 A new type of collective behaviour in ants has been revealed by an international team of scientists, headed by biologist Professor Iain Couzin, co-director of the Cluster of Excellence “Centre for the Advanced Study of Collective Behaviour” at the University of Konstanz and director at the co-located Max Planck Institute of Animal Behavior, and Matthew Lutz, a postdoctoral researcher in Couzin’s lab. Their research shows how ants use self-organized architectural structures called “scaffolds” to ensure traffic flow on sloped surfaces. Scaffold formation results from individual sensing and decision-making, yet it allows the colony as a whole to adjust dynamically to unpredictable environmental challenges.

Who does not know this situation? You are stuck in a traffic jam due to road construction, or you wanted to take the train instead of your car, but it did not show up. A problem common to many complex artificial systems, be they traffic infrastructures or other technological systems, is a lack of robustness in the face of disturbances. These systems are often rigid and inflexible, and centralized or hierarchical control structures make them vulnerable to single-point perturbations. Biological systems, on the other hand, often employ forms of distributed control and can be astonishingly robust to environmental challenges.

To learn more about the control mechanisms underlying stability and resilience in natural systems, Konstanz-based biologist Iain Couzin and his lab, together with international colleagues from Australia and the US, investigated how ants coordinate traffic during foraging. Their study, published in PNAS, describes how ants of the species Eciton burchellii organize into living architectural structures termed “scaffolds” on sloped surfaces, to avoid traffic disruption and conserve resources. The researchers propose a mechanism for scaffold formation in which each ant adjusts its behaviour based on its own experience, without a need for group-level communication. This simple but effective mechanism of proportional system control from the animal world may inspire designs for artificial systems, from autonomous vehicles to future forms of resilient infrastructure that respond to changing conditions.

For their study, the scientists travelled to Panama, where the species under investigation – the army ant Eciton burchellii – inhabits the tropical forest of Barro Colorado Island. Eciton army ants are social insects, living in large colonies with hundreds of thousands of workers. During the day, they hunt for prey in massive swarm raids that can sweep out an area of four tennis courts in a single day. Among the many evolutionary adaptations that rank these ants among the top invertebrate predators in the tropical forest is their remarkable ability to self-organize into living architecture. For the benefit of the colony, individual ants join forces to temporarily modify the environment and ensure the flow of traffic during the colony’s hunts.

The PNAS study describes one type of architecture these ants construct – called “scaffolds” by the authors – for the first time in detail. Under natural conditions, scaffolds form when E. burchellii trails cross inclined surfaces, such as branches or rocks, and individual ants stop and cling to the surface, remaining fixed in place. The authors discovered that, in doing so, the ants provide additional grip for other ants, which continue along their path, marching over the immobile conspecifics.

Scaffolds were shown to be highly adaptable, growing to different shapes and sizes depending on the context – from just a few dispersed ants arranged like a climbing wall, to dense aggregations of ants forming a protruding shelf. “Scaffolds form rapidly in response to disruption, preventing ants from slipping and falling along the foraging trail. This is especially important when you are transporting valuable resources like prey through dense traffic, and your trail leads through an unpredictable rainforest environment with all kinds of slopes and obstacles,” Couzin describes.

To experimentally investigate collective scaffolding behaviour, the authors designed an apparatus that allowed for the introduction of defined slopes into the raiding trails of wild ant colonies in the field. With repeated experiments on slopes of different angles, the researchers found the ants to reliably organize into scaffolds when crossing surfaces inclined more than 40 degrees. The steeper the slope, the more ants initially slipped or fell from the platform, and in response, the larger the scaffolds grew. Once a scaffold had formed – a few minutes after ants began crossing – the number of slipping and falling ants returned to a low level, thanks to the support structure.

In accordance with their field observations and supported by theoretical modelling, the scientists suggest a surprisingly simple mechanism for scaffold formation: When an animal slips on a sloped surface and then regains its footing, it has a certain probabilistic tendency to claw the ground and remain in place. In doing so, it either starts or joins a scaffold. The more animals show the behaviour, the less slippery the tilted surface becomes, as the scaffold grows. The structure eventually stops growing, because the trailing ants can use the existing scaffold to cross unhindered. “In a way it surprised even us how simple the mechanism is. If you observe these collective phenomena for the first time, you intuitively think that there has to be some sort of communication among the ants. However, in this particular case, there is no need for it. Each individual adjusts its behaviour based on its own experience as it crosses,” Couzin explains.

As human technological and social systems increase in complexity, it is crucial to find and implement mechanisms that robustly and rapidly correct for errors, increasing stability. The example of scaffolding in Eciton army ants offers one such mechanism. Due to its simplicity – only requiring information about the state of individual elements instead of complex group-level communication – this may serve as a blueprint for robust yet flexible engineered systems with similar distributed forms of control. Lutz, an architect whose fascination with self-organized patterns in biology led to his PhD and postdoctoral research on collective behaviour and self-assembly in Couzin’s lab, concludes: “Because the mechanism is quite simple in terms of sensing and communication, it may be useful for applications at many scales, across disciplines. These range from swarm robotics, where restrictions on sensing and communication can be limiting factors, to the design of self-healing materials, bio-fabrication techniques, and new models of responsive infrastructure.”

The study received funding from the National Science Foundation (NSF, US), the Office of Naval Research (ONR, US), the Deutsche Forschungsgemeinschaft (DFG, Germany) under Germany’s Excellence Strategy (EXC 2117; “Centre for the Advanced Study of Collective Behaviour”), the Max Planck Society (MPG, Germany), the Australian Research Council (ARC, Australia), the Santa Fe Institute (US), and Princeton University’s Department of Ecology and Evolutionary Biology (US).

* Data suggest that the collective behaviour is controlled by the action of individual animals without a need for complex group-level communication.

* The proposed mechanism may serve as a blueprint for robust yet flexible engineered systems using similar forms of distributed control.

You can download the photos and a video here: