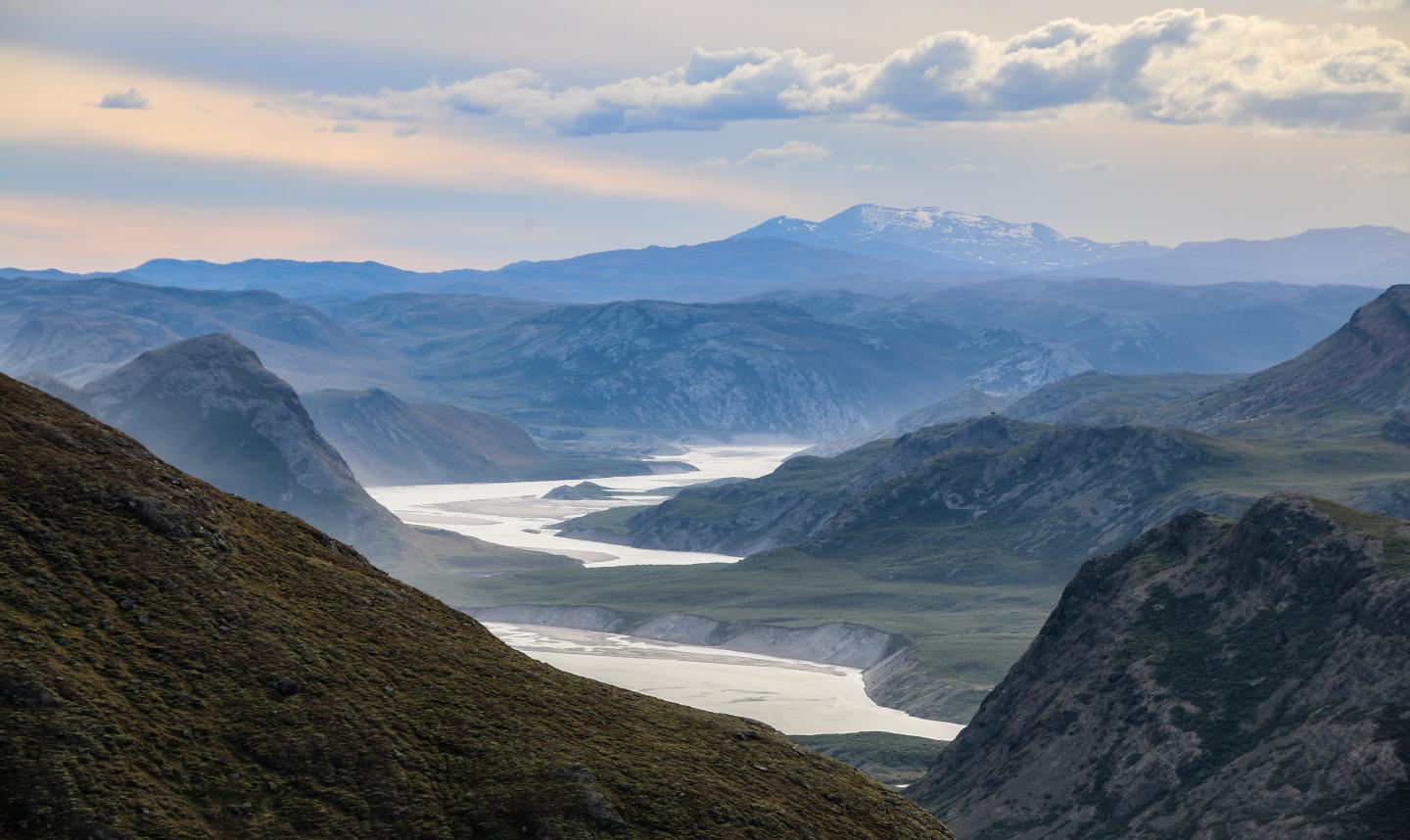 Mercury pollution is an issue of global concern due to its toxic effects. High levels have already been measured in Arctic organisms – with worrying effects on ecosystems and the food chain. So far, the Greenland Ice Sheet has not been taken into account as a part of the Arctic mercury cycle. Now, researchers led by Jon Hawkings of the German Research Centre for Geosciences in Potsdam and Florida State University show that meltwaters in the southwest of Greenland transport considerable amounts of mercury into the Arctic Ocean. Due to the large quantities detected, the researchers assume that they are of geological origin. They present their measurements in the current issue of Nature Geoscience.

Mercury: poison for humans and the environment – especially in the Arctic

Mercury is hardly useful biologically, but proves to be all the more toxic in the form of various chemical compounds. It accumulates in the food chain and becomes a danger to humans through the consumption of fish and seafood. The socio-economic costs associated with the environmental and health impacts are estimated at more than five billion US dollars per year.

A significant aggravation of this problem is due to fossil energy production, industry, mining and transport. But there are also natural sources such as emissions from volcanoes, fire and the weathering of mercury-containing rocks. The Arctic is proving to be a particular problem zone in both respects: the mercury content in marine organisms there has increased by an order of magnitude over the past 150 years. Dust particles and aerosols enter this region via the atmosphere, and climate change and the associated warming of the Arctic lead to higher inputs through more and stronger meltwaters.

The Greenland Ice Sheet, which covers about a quarter of the Arctic land mass, has received little attention in this context so far. This has been changed by a 22-member international research team led by Jon Hawkings, postdoctoral researcher in the Interfacial Geochemistry Section at GFZ and Florida State University, with 17 participating institutions from Europe and the USA (see below). In measurement campaigns during the Arctic summers of 2012, 2015 and 2018, they took samples from three meltwater outflows from glacier catchments on the southwestern edge of the Greenland Ice Sheet and downstream fjords. The meltwater was filtered in the laboratory tent, the filtered sediment air-dried, cooled and subjected to initial analyses. Mercury levels were determined in detail in the laboratories of the participating institutions, among other things with mass and fluorescence spectrometry.

Originally, Hawkings and his colleague, glaciologist Jemma Wadham, professor at the Cabot Institute for the Environment at the University of Bristol, wanted to investigate the content and pathways of nutrients in these waters. During the analysis, they were then surprised by extremely high mercury levels, comparable to rivers in industrial China: the typical level of dissolved mercury in rivers is around 1 to 10 nanograms per litre. This is equivalent to a grain-of-salt-sized amount of mercury in an Olympic-sized swimming pool of water. However, in the meltwater rivers of Greenland’s glaciers, the researchers found much higher levels of more than 150 nanograms per litre. Undissolved mercury particles were found in even much higher concentrations of more than 2000 nanograms per litre.

“The export of dissolved mercury from this region must be considered globally significant,” Jon Hawkings emphasises. He says it is up to 42 tons per year, which is about ten per cent of the estimated global riverine export of mercury to the oceans. “This is among the highest concentrations of dissolved mercury ever measured in natural waters. And environmentally high levels persist in downstream fjords, posing a potential risk of accumulation in coastal food webs,” Hawkings said.

Climate change is likely to further aggravate the situation

This finding is particularly relevant not least against the background that fishing is Greenland’s primary industry with the country being a major exporter of cold-water shrimp, halibut and cod.

“We’ve learned from many years of fieldwork at these sites in Western Greenland that glaciers export nutrients to the ocean, but the discovery that they may also carry potential toxins unveils a concerning dimension to how glaciers influence water quality and downstream communities, which may alter in a warming world and highlights the need for further investigation,” Jemma Wadham said.

The source of the large amounts of mercury detected is very likely the Earth itself, at the base of the ice sheet, Hawkings believes. This is suggested, among other things, by comparative data from the surface of snow and ice, where it accumulates from burning fossil fuels or another industrial source. That could be important for scientists and policymakers to plan for managing mercury pollution in the future.

“All the efforts to manage mercury thus far have come from the idea that the increasing concentrations we have been seeing across the Earth system come primarily from direct anthropogenic activity, like industry,” Hawkings said. “But mercury coming from climatically sensitive environments like glaciers could be a source that is much more difficult to manage.”

Researchers from the following institutions contributed to the study:

**Funding: Jon Hawkings is a post-doctoral fellow at the GFZ German Research Centre for Geosciences. As part of his Horizon 2020 MSCA Marie Sk?odowska Curie Actions Global Fellowship, he has been working at Florida State University FSU (USA) for two years starting in 2018, before now continuing his research in Potsdam. His project is entitled “ICICLES – Iron and Carbon Interactions and Biogeochemical CycLing in Subglacial EcosystemS”.