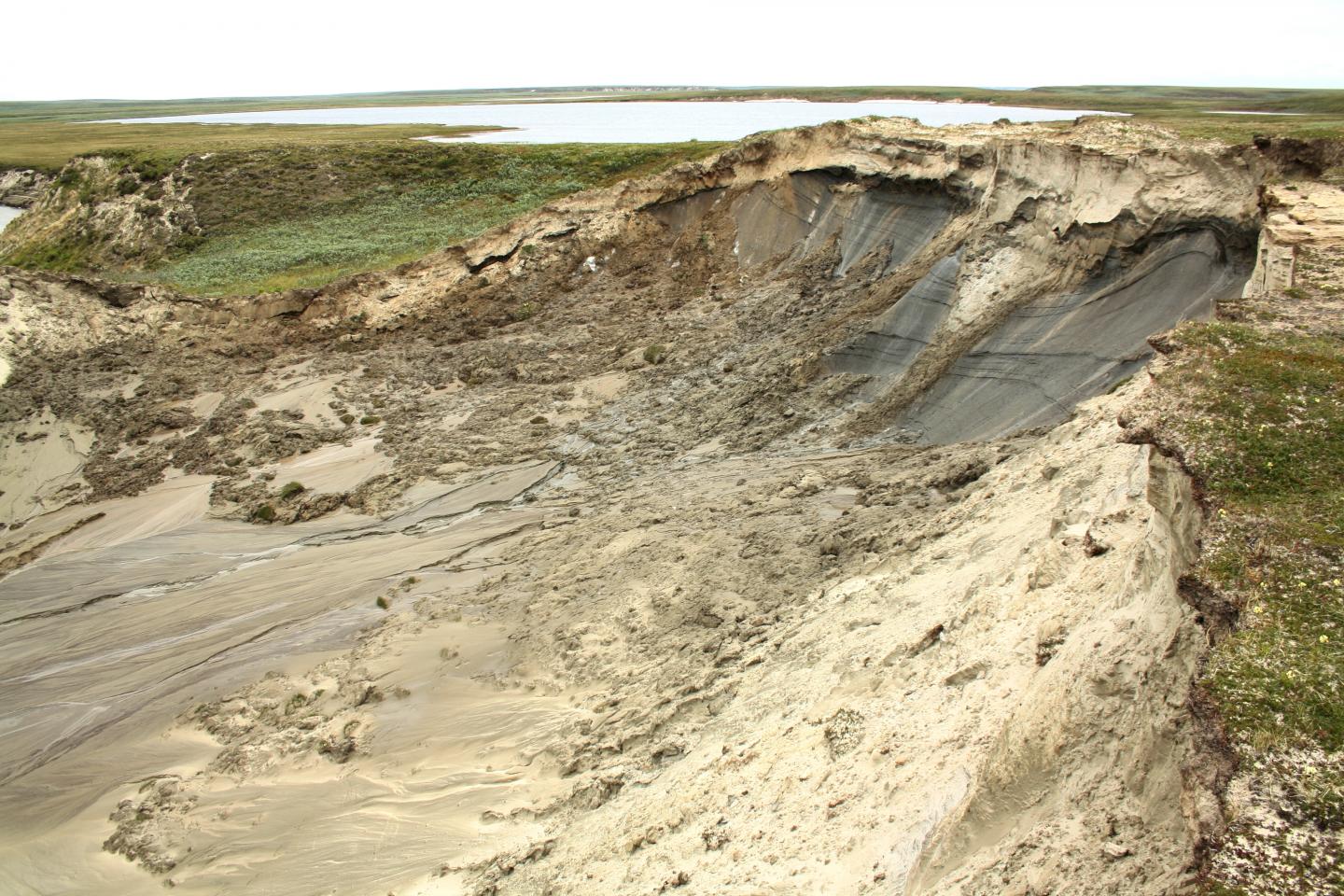 Several studies have reported changes in the Normalized Difference Vegetation Index (NDVI) in Arctic regions. So far, remote sensing data that is used to calculate the NDVI hasn’t been able to discern, in detail, landscape level factors that have an effect on, e.g., greening.

“Landslides caused by the thawing of permafrost will become increasingly common in North West Siberia and elsewhere in the Arctic, too. These are caused by climate change and they also have an effect on vegetation. However, the exact effect of landslides on NDVI is difficult to discern from low-resolution satellite data,” Professor Timo Kumpula from the University of Eastern Finland says.

The researchers point out that permafrost thawing also has implications for all construction. Indeed, the Bovanenkovo gas field, one of Russia’s largest gas fields in the Arctic, is located in the study site. Permafrost thawing can cause structural collapses and put infrastructure at risk. This, in turn, could lead to various types of environmental damage.

Published in Environmental Research Letters, the study was conducted in collaboration between the University of Eastern Finland, Northern Arizona University and the University of Lapland. In addition to data from the Landsat satellite, the researchers used very high resolution (VHR) satellite data from the QuickBird-2 and WorldView-2 and 3 satellites to analyse post-landslide changes in vegetation. The study site on the Yamal Peninsula covers 35 square kilometres.

“VHR satellite images allow us to see very small changes in the land cover, such as temporary degradation of vegetation or new landslides that can be very small, even less than 0.1 hectares in size. We can also see sites where existing permafrost thawing expands,” Researcher Mariana Verdonen from the University of Eastern Finland says.