Molnupiravir under consideration for emergency use in India to slow explosive spread of COVID-19 infections. 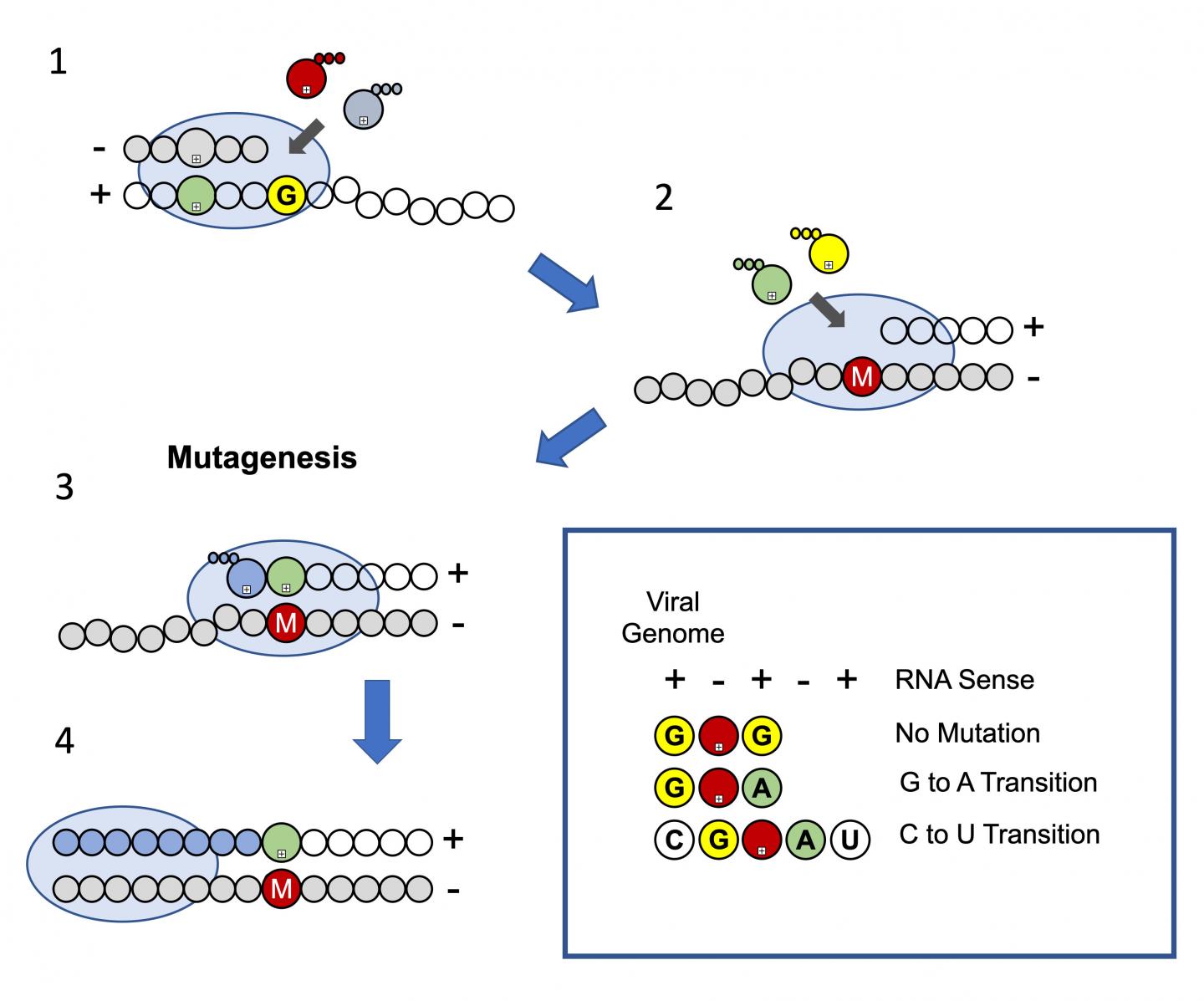 A University of Alberta virology lab has uncovered how an oral antiviral drug works to attack the SARS-CoV-2 virus, in findings published May 10 in the Journal of Biological Chemistry.

The researchers demonstrated the underlying mechanism of action by which the antiviral drug molnupiravir changes the viral genome, a process known as excessive mutagenesis or “error catastrophe.”

“The polymerase, or replication engine of the virus, mistakes molnupiravir molecules for the natural building blocks required for viral genome replication and mixes them in,” explained Matthias Götte, professor and chair of the Department of Medical Microbiology & Immunology in the Faculty of Medicine & Dentistry and member of the Li Ka Shing Institute of Virology. “It causes the polymerase to make sloppy copies—nonsense genomes that are useless and not viable.”

Molnupiravir is currently in Phase 3 human clinical trials, which are expected to report preliminary data by the end of June. Phase 2 trial results recently revealed that the drug eliminated SARS-CoV-2 infectivity in newly diagnosed patients after five days of treatment.

The drug is taken as a pill, making it much easier to administer than other approved treatments such as remdesivir or monoclonal antibodies, which must be given intravenously. It has not yet been shown to be effective in treating hospitalized COVID-19 patients with advanced disease, so current trials are focused on determining how well it works for newly diagnosed patients. It is hoped the drug could also be used as a preventive measure to protect household members against infection.

“Molnupiravir is one of the few compounds under investigation that is orally available,” Götte said. “Data reported so far demonstrate that this drug is well tolerated with no signs of severe side-effects, and it shows an antiviral effect after five days. Whether it can also reduce hospitalizations remains to be seen.”

“Our work to demonstrate that the effect of the drug is indeed mediated by the viral polymerase is reassuring, because if the drug somehow generates mistakes in the virus and you don’t know how it happens, there could be other mechanisms at work that could also harm the cell,” he said. “Still, the safety of the drug for COVID-19 patients remains to be evaluated and monitored.”

Another step in the hunt for a weapon against future pandemics

Molnupiravir was first identified as a broad spectrum antiviral at Emory University in Atlanta, Georgia. In 2003 it was developed as a treatment for chronic hepatitis C, but it was dropped due to possible side-effects associated with long-term use. The drug was then tested in humans with influenza, because the course of treatment for flu is much shorter. The focus of testing switched to SARS-CoV-2 after the COVID-19 pandemic emerged. The drug is now being developed in partnership by Merck and Ridgeback Biotherapeutics.

Merck has made deals with five generic drugmakers in India to make molnupiravir, and at least one of them has applied for approval to use it on an emergency basis, as at least 350,000 new infections are diagnosed in that country every day and vaccination levels are low.

Götte and his team previously uncovered the mechanisms of action for remdesivir, a now-approved treatment that inhibits replication of the SARS-CoV-2 virus, and baloxavir, an influenza drug.

Next, they will test molnupiravir’s mechanism of action against the polymerases of some of the other viruses the World Health Organization has identified as having high epidemic potential.

“All are recognized as emerging pathogens where we need to develop countermeasures,” Götte said. “We need to be prepared with broad-spectrum antivirals that can serve as a first line of defence.”

“Even once vaccines are developed, we can’t get them into all the arms at once,” he said. “To really fight outbreaks and epidemics, one tool is unlikely to be sufficient.”

The researchers were supported by grants from the Canadian Institutes of Health Research, the Alberta Ministry of Jobs, Economy and Innovation, and the U.S. National Institutes of Health Centers for AIDS Research. The other authors were graduate student Calvin Gordon and research associate Egor Tchesnokov of the U of A, and Raymond Schinazi of the Emory School of Medicine.