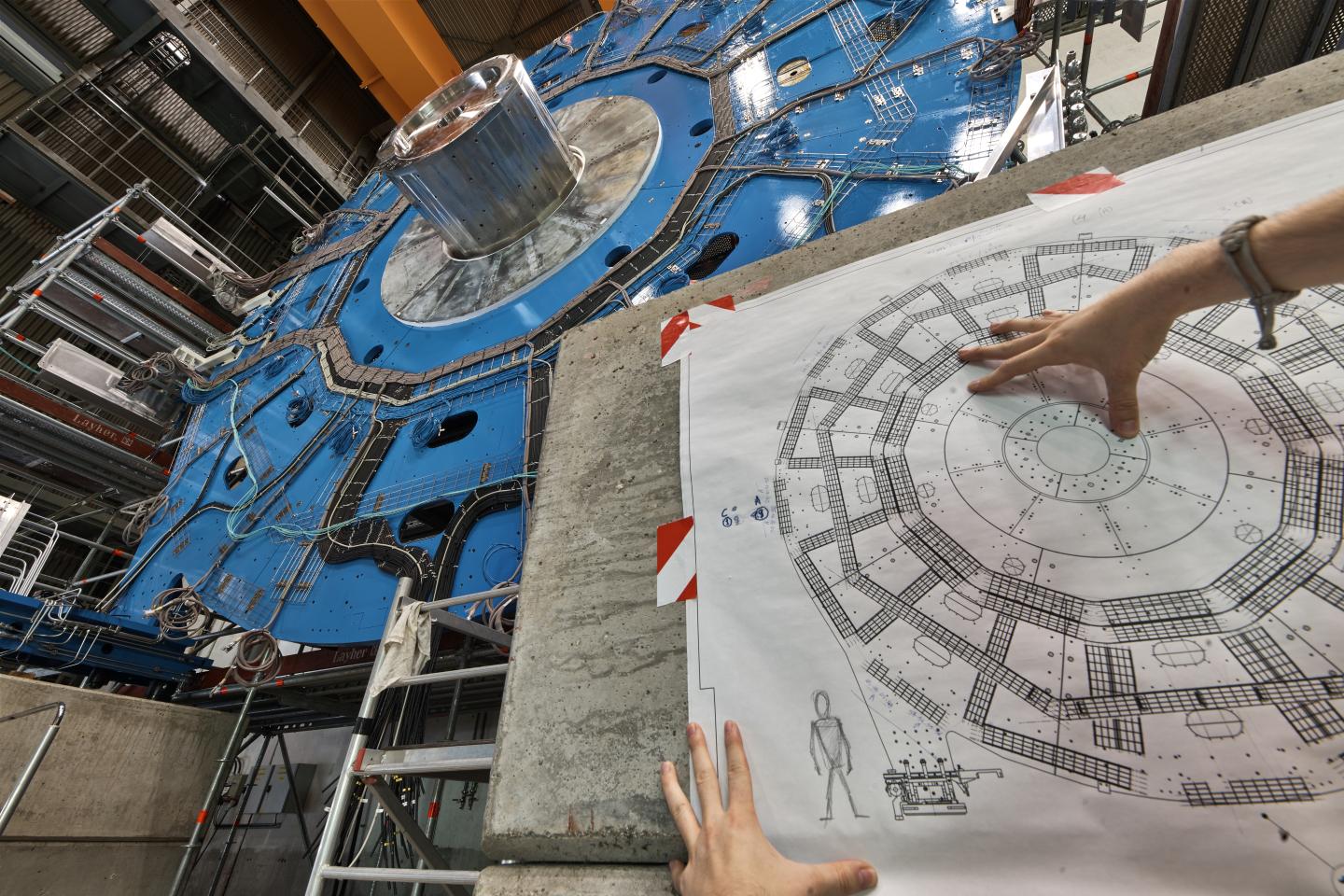 Borrowing a page from high-energy physics and astronomy textbooks, a team of physicists and computer scientists at the U.S. Department of Energy’s Lawrence Berkeley National Laboratory (Berkeley Lab) has successfully adapted and applied a common error-reduction technique to the field of quantum computing.

In the world of subatomic particles and giant particle detectors, and distant galaxies and giant telescopes, scientists have learned to live, and to work, with uncertainty. They are often trying to tease out ultra-rare particle interactions from a massive tangle of other particle interactions and background “noise” that can complicate their hunt, or trying to filter out the effects of atmospheric distortions and interstellar dust to improve the resolution of astronomical imaging.

Also, inherent problems with detectors, such as with their ability to record all particle interactions or to exactly measure particles’ energies, can result in data getting misread by the electronics they are connected to, so scientists need to design complex filters, in the form of computer algorithms, to reduce the margin of error and return the most accurate results.

The problems of noise and physical defects, and the need for error-correction and error-mitigation algorithms, which reduce the frequency and severity of errors, are also common in the fledgling field of quantum computing, and a study published in the journal npj Quantum Information found that there appear to be some common solutions, too.

“At ATLAS, we often have to ‘unfold,’ or correct for detector effects,” said Nachman, the study’s lead author. “People have been developing this technique for years.”

In experiments at the LHC, particles called protons collide at a rate of about 1 billion times per second. To cope with this incredibly busy, “noisy” environment and intrinsic problems related to the energy resolution and other factors associated with detectors, physicists use error-correcting “unfolding” techniques and other filters to winnow down this particle jumble to the most useful, accurate data.

“We realized that current quantum computers are very noisy, too,” Nachman said, so finding a way to reduce this noise and minimize errors – error mitigation – is a key to advancing quantum computing. “One kind of error is related to the actual operations you do, and one relates to reading out the state of the quantum computer,” he noted – that first kind is known as a gate error, and the latter is called a readout error.

The latest study focuses on a technique to reduce readout errors, called “iterative Bayesian unfolding” (IBU), which is familiar to the high-energy physics community. The study compares the effectiveness of this approach to other error-correction and mitigation techniques. The IBU method is based on Bayes’ theorem, which provides a mathematical way to find the probability of an event occurring when there are other conditions related to this event that are already known.

Nachman noted that this technique can be applied to the quantum analog of classical computers, known as universal gate-based quantum computers.

In quantum computing, which relies on quantum bits, or qubits, to carry information, the fragile state known as quantum superposition is difficult to maintain and can decay over time, causing a qubit to display a zero instead of a one – this is a common example of a readout error.

Superposition provides that a quantum bit can represent a zero, a one, or both quantities at the same time. This enables unique computing capabilities not possible in conventional computing, which rely on bits representing either a one or a zero, but not both at once. Another source of readout error in quantum computers is simply a faulty measurement of a qubit’s state due to the architecture of the computer.

In the study, researchers simulated a quantum computer to compare the performance of three different error-correction (or error-mitigation or unfolding) techniques. They found that the IBU method is more robust in a very noisy, error-prone environment, and slightly outperformed the other two in the presence of more common noise patterns. Its performance was compared to an error-correction method called Ignis that is part of a collection of open-source quantum-computing software development tools developed for IBM’s quantum computers, and a very basic form of unfolding known as the matrix inversion method.

The researchers used the simulated quantum-computing environment to produce more than 1,000 pseudo-experiments, and they found that the results for the IBU method were the closest to predictions. The noise models used for this analysis were measured on a 20-qubit quantum computer called IBM Q Johannesburg.

“We took a very common technique from high-energy physics, and applied it to quantum computing, and it worked really well – as it should,” Nachman said. There was a steep learning curve. “I had to learn all sorts of things about quantum computing to be sure I knew how to translate this and to implement it on a quantum computer.”

He said he was also very fortunate to find collaborators for the study with expertise in quantum computing at Berkeley Lab, including Bert de Jong, who leads a DOE Office of Advanced Scientific Computing Research Quantum Algorithms Team and an Accelerated Research for Quantum Computing project in Berkeley Lab’s Computational Research Division.

“It’s exciting to see how the plethora of knowledge the high-energy physics community has developed to get the most out of noisy experiments can be used to get more out of noisy quantum computers,” de Jong said.

The simulated and real quantum computers used in the study varied from five qubits to 20 qubits, and the technique should be scalable to larger systems, Nachman said. But the error-correction and error-mitigation techniques that the researchers tested will require more computing resources as the size of quantum computers increases, so Nachman said the team is focused on how to make the methods more manageable for quantum computers with larger qubit arrays.

Nachman, Bauer, and de Jong also participated in an earlier study that proposes a way to reduce gate errors, which is the other major source of quantum-computing errors. They believe that error correction and error mitigation in quantum computing may ultimately require a mix-and-match approach – using a combination of several techniques.

“It’s an exciting time,” Nachman said, as the field of quantum computing is still young and there is plenty of room for innovation. “People have at least gotten the message about these types of approaches, and there is still room for progress.” He noted that quantum computing provided a “push to think about problems in a new way,” adding, “It has opened up new science potential.”

Miroslav Urbanek in Berkeley Lab’s Computational Research Division also participated in the study, which was supported by the U.S. DOE’s Office of Science and the Aspen Center for Physics.

Founded in 1931 on the belief that the biggest scientific challenges are best addressed by teams, Lawrence Berkeley National Laboratory (https://www.lbl.gov/) and its scientists have been recognized with 14 Nobel Prizes. Today, Berkeley Lab researchers develop sustainable energy and environmental solutions, create useful new materials, advance the frontiers of computing, and probe the mysteries of life, matter, and the universe. Scientists from around the world rely on the Lab’s facilities for their own discovery science. Berkeley Lab is a multiprogram national laboratory, managed by the University of California for the U.S. Department of Energy’s Office of Science.

DOE’s Office of Science is the single largest supporter of basic research in the physical sciences in the United States, and is working to address some of the most pressing challenges of our time. For more information, please visit energy.gov/science (http://energy.gov/science).