California could more than triple its population of southern sea otters — and see the marine mammals removed from the endangered species list – by repopulating the largest estuary on the coast, the San Francisco Bay 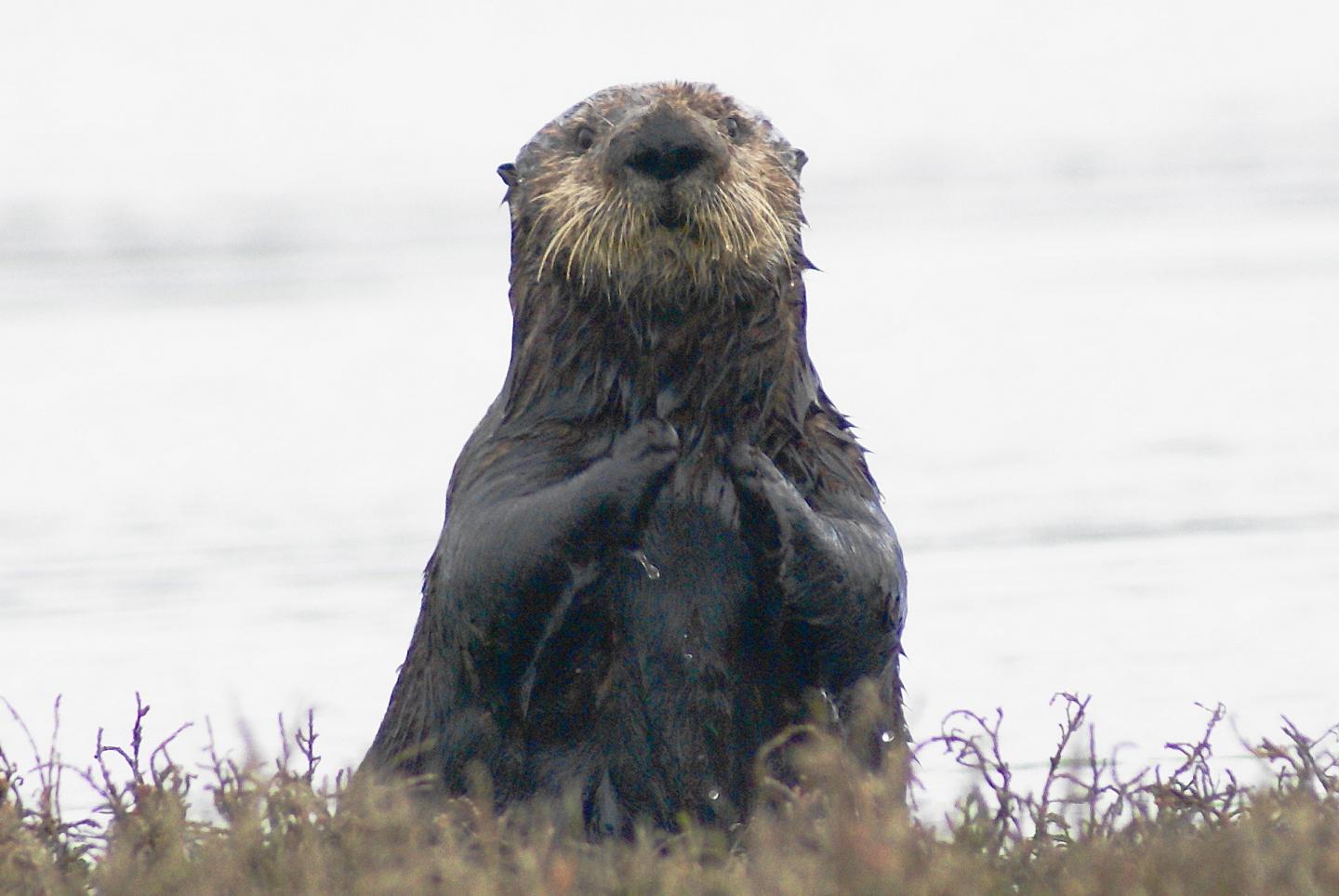 The picture of sea otters frolicking among kelp beds and rocky shoals has become an iconic image of the California coastline. But it may be drawing attention away from the value of other habitat that could truly help the endangered species in its recovery – estuaries.

In fact, a new study released today concludes that California could more than triple its population of southern sea otters, from an estimated 3,000 to nearly 10,000, by repopulating the largest estuary on the coast – the San Francisco Bay.

“It would essentially end up lifting the sea otter out of its endangered species status,” said Brent Hughes, assistant professor of biology at Sonoma State and lead researcher in the study published in PeerJ. “For the conservation of the sea otter, this would be huge.”

According to Hughes and fellow researchers, current southern sea otter recovery plans have not included estuaries as target habitats. This “may be an artifact of where the surviving population persisted,” they concluded in their paper titled “Species recovery and recolonization of past habitats: Lessons for science and conservation from sea otters in estuaries.”

“Sea otters are widely associated with kelp forests in the minds of both the scientific community and the general public,” said Lisa Needles, a member of the research team based at California Polytechnic State University. “However, over the last two decades, we’ve seen the resurgence of sea otters in two estuaries, Morro Bay and Elkhorn Slough. This led us to realize that not only did they occur in estuaries in large numbers in the past but they’re also integral to the ecosystem health of estuaries, just as they are in kelp forests.”

The southern sea otter was widely believed to be extinct due to the expansive fur trade of the 18th and 19th centuries, which reduced the global population from between 150,000 and 300,000 to roughly 2,000. Then in 1914 a remnant population of about 50 southern sea otters was found along the rugged Big Sur shoreline. Thanks to conservation efforts, the population has since grown to more than 3,000, but their numbers are still far below their historic numbers and range.

While conservation efforts have focused on protecting otters in these rocky coastal habitats, evidence shows that southern sea otters were once abundant in California estuaries, including in San Francisco Bay. Early accounts by Spanish explorers noted otter populations as far south as San Jose and as far north as Richardson Bay. “Sea otters probably numbered in the thousands in this estuary prior to being driven to local extinction by over-hunting,” the researchers noted.

The only estuary in California that is currently home to a distinct and self-sustaining population of sea otters is Elkhorn Slough at Moss Landing in Monterey Bay. Overall, southern sea otters have only recolonized about 13 percent of their historic range, according to the study.

Hughes says one of the reasons otter habitat has remained fragmented and why sea otters have not been able to migrate north and reestablish residency in San Francisco Bay is the presence of great white sharks near the Golden Gate. “We call it ‘the gauntlet,’ ” said Hughes. “Otters really can’t get past the gauntlet.”

But if otter populations were established inside San Francisco Bay and out of the range of great whites they would become the top predator and would likely thrive.

Using existing studies and modeling of sea otter growth, the researchers concluded that the San Francisco Bay could support about 6,600 sea otters, more than twice the current estimated population of 3,000. “It would change the game in terms of how we look at sea otter conservation,” he said.

To read the study, go to PeerJ, a peer-reviewed and open access journal that publishes primary research and reviews in biology, life sciences, environmental sciences and medicine.