In a discovery that could have profound implications for future energy policy, Columbia scientists have demonstrated it is possible to manufacture solar cells that are far more efficient than existing silicon energy cells by using a new kind of material, a development that could help reduce fossil fuel consumption. 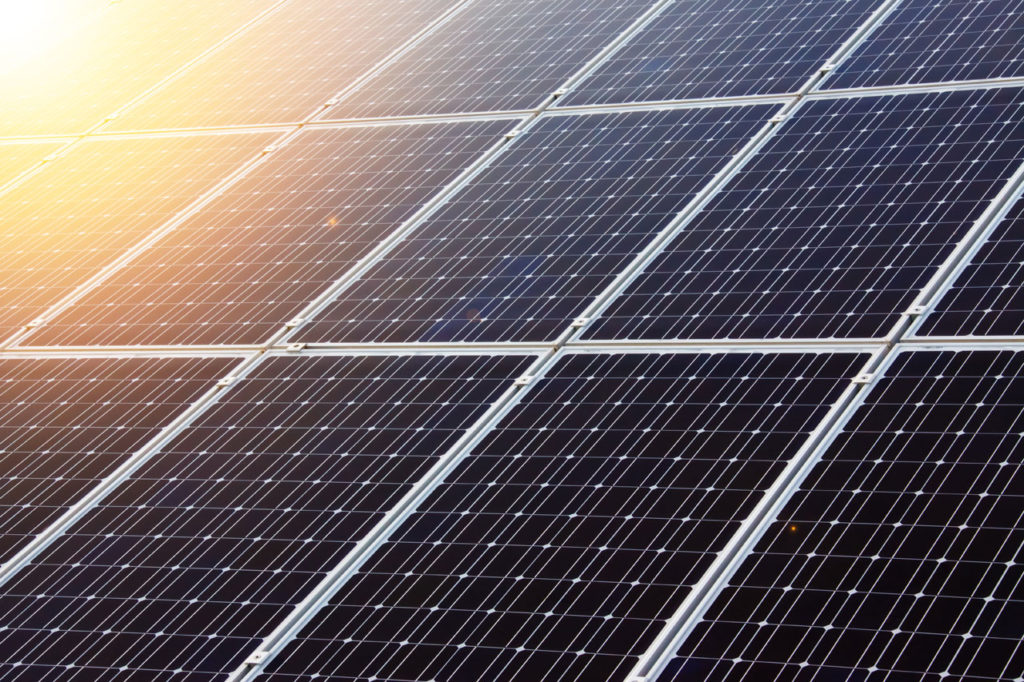 The team, led by Xiaoyang Zhu, a professor of Chemistry at Columbia University, focused its efforts on a new class of solar cell ingredients known as Hybrid Organic Inorganic Perovskites (HOIPs). Their results, reported in the journal Science, also explain why these new materials are so much more efficient than traditional solar cells — solving a mystery that will likely prompt scientists and engineers to begin inventing new solar materials with similar properties in the years ahead.

“The need for renewable energy has motivated extensive research into solar cell technologies that are economically competitive with burning fossil fuel,” Zhu says. “Among the materials being explored for next generation solar cells, HOIPs have emerged a superstar. Until now no one has been able to explain why they work so well, and how much better we might make them. We now know it’s possible to make HOIP-based solar cells even more efficient than anyone thought possible.”

Solar cells are what turn sunlight into electricity. Also known as photovoltaic cells, these semiconductors are most frequently made from thin layers of silicon that transmit energy across its structure, turning it into DC current.

Silicon panels, which currently dominate the market for solar panels, must have a purity of 99.999 percent and are notoriously fragile and expensive to manufacture. Even a microscopic defect — such as misplaced, missing or extra ions — in this crystalline structure can exert a powerful pull on the charges the cells generate when they absorb sunlight, dissipating those charges before they can be transformed into electrical current.

In 2009, Japanese scientists demonstrated it was possible to build solar cells out of HOIPs, and that these cells could harvest energy from sunlight even when the crystals had a significant number of defects. Because they don’t need to be pristine, HOIPs can be produced on a large scale and at low cost. The Columbia team has been investigating HOIPs since 2014. Their findings could help boost the use of solar power, a priority in the age of global warming.

Over the last seven years, scientists have managed to increase the efficiency with which HOIPs can convert solar energy into electricity, to 22 percent from 4 percent. By contrast, it took researchers more than six decades to create silicon cells and bring them to their current level, and even now silicon cells can convert no more than about 25 percent of the sun’s energy into electrical current.

This discovery, Zhu said, meant that “scientists have only just begun to tap the potential of HOIPs to convert the sun’s energy into electricity.”

Theorists long ago demonstrated that the maximum efficiency silicon solar cells might ever reach — the percentage of energy in sunlight that might be converted to electricity we can use — is roughly 33 percent. It takes hundreds of nanoseconds for energized electrons to move from the part of a solar cell that infuses them with the sun’s energy, to the part of the cell that harvests the energy and converts it into electricity that can ultimately be fed into a power grid. During this migration across the solar cell, the energized electrons quickly dissipate their excess energy. But those calculations assume a specific rate of energy loss. The Columbia team discovered that the rate of energy loss is slowed down by over three-orders of magnitude in HOIPs — making it possible for the harvesting of excess electronic energy to increase the efficiency of solar cells.

“We’re talking about potentially doubling the efficiency of solar cells,” says Prakriti P. Joshi, a Ph.D. student in Zhu’s lab who is a coauthor on the paper. “That’s really exciting because it opens up a big, big field in engineering.” Adds Zhu, “This shows we can push the efficiencies of solar cells much higher than many people thought possible.”

After demonstrating this, the team then turned to the next question: what is it about the molecular structure of HOIPs that gives them their unique properties? How do electrons avoid defects? They discovered that the same mechanism that slows down the cooling of electron energy also protects the electrons from bumping into defects. This “protection” makes the HOIPs turn a blind eye to the ubiquitous defects in a material developed from room-temperature and solution processing, thus allowing an imperfect material to behave like a perfect semiconductor.

HOIPs contain lead, and are also water soluble, meaning the solar cells could begin to dissolve and leach lead into the environment around them if not carefully protected from the elements.

With the explanation of the mysterious mechanisms that give HOIPs their remarkable efficiencies, Zhu knew, material scientists would likely be able to mimic them with more environmentally-friendly materials.

“Now we can go back and design materials which are environmentally benign and really solve this problem everybody is worried about,” Zhu says. “This principle will allow people to start to design new materials for solar energy.”

The research team was spearheaded by Haiming Zhu and Kiyoshi Miyata, two postdoctoral fellows at Columbia. Other members include graduate students Jue Wang, Prakriti P. Joshi, Kristopher W. Williams and postdoc Daniel Niesner, all of Columbia; Yongping Fu and Song Jin, collaborators from the University of Wisconsin-Madison; and the team was led by Columbia Chemistry Prof. Xiaoyang Zhu. This research received funding from the U.S. Department of Energy and the National Science Foundation.

Toward a new staging system for prostate cancer, and why it matters

MRI safely performed in patients with pacemakers and ICDs