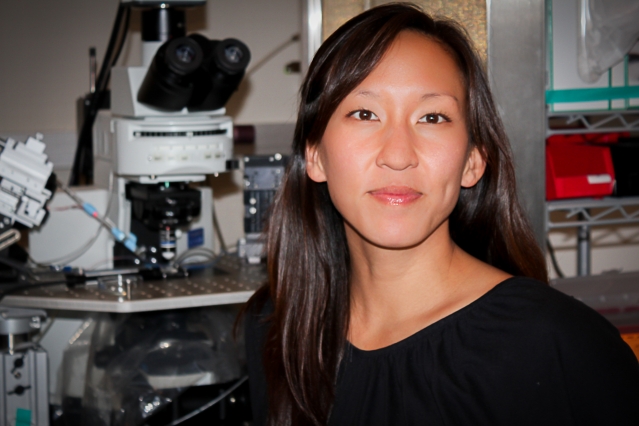 On Tuesday, the Brain and Behavior Research Foundation announced the winners of its annual Klerman and Freedman Prizes. Kay M. Tye, the Whitehead Career Development Assistant Professor of Brain and Cognitive Sciences and a member of the Picower Institute for Learning and Memory, was awarded the 2016 Freedman Prize for Exceptional Basic Research for her project “Identifying Unique Neural Circuits for Anxiety Control.” The Klerman and Freedman Prizes are granted to exceptional researchers that have been supported by the NARSAD Young Investigator Grant.

Using optogenetic, pharmacological, electrophysiological, and imaging techniques, Tye's laboratory interrogates brain circuitry to elucidate pathways implicated in anxiety disorders, which represent the most common form of psychiatric illnesses. “Anxiety can be thought of as a pathological imbalance in the motivation to avoid anticipated threats relative to the motivation to seek out potential rewards,” says Tye. Such imbalances are likely a result of imbalances in excitation and inhibition in specific brain circuits.

Pharmacological therapies to treat anxiety disorders, which are moderately effective and have potentially harmful side effects, cannot discriminate between particular brain pathways. In using optogenetics along with other techniques, her lab can identify specific brain circuits with exceptional precision. We “will hopefully facilitate the development of treatments that are more efficacious and have fewer side effects,” says Tye.

“The NARSAD Young Investigator award was critical in helping me launch my career as an independent investigator, allowing us to pursue research on the neural circuitry underlying behaviors relevant to mental illnesses,” says Tye.

“These prizes bestowed annually recognize young researchers whose work in child and adolescent depression, anxiety, unipolar and bipolar depression, and schizophrenia further advance the quest to identify the biological roots of mental illness,” says Jeffrey Borenstein, president and CEO of the Brain and Behavior Research Foundation.