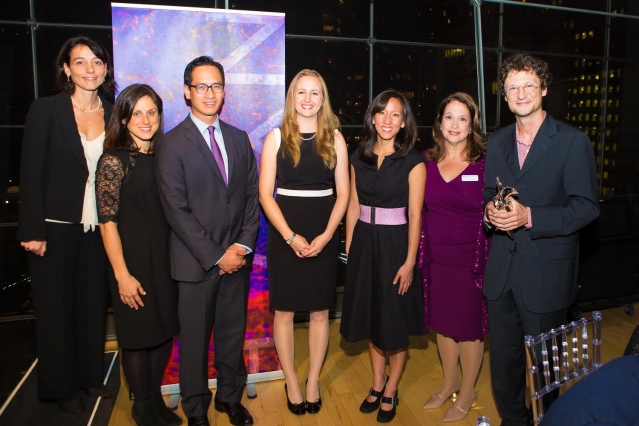 The Picower Institute congratulates Kay Tye, a Picower principal investigator and the Whitehead Career Development Assistant Professor in the MIT Department of Brain and Cognitive Sciences who is one of six promising scientists the New York Stem Cell Foundation (NYSCF) recently selected to receive a $1.5 million award over the next five years. The NYSCF Investigator Program, designed to support emerging scientists engaged in innovative neuroscience and stem cell research, fosters the careers of talented researchers as they transition from completing their postdoctoral studies to managing their own labs.

The Tye lab focuses on understanding how the brain processes valence: selecting the appropriate behavioral responses to positive and negative stimuli. Picower Institute researchers strive to discover specifically how emotional and motivational states, such as seeking pleasure and avoiding pain, influence learning and behavior. As one of three scientists awarded a NYSCF – Robertson Neuroscience Investigator award, Tye’s work is expected to contribute to groundbreaking discoveries in medical research.

MIT’s Feng Zhang, the W.M. Keck Career Development Professor of Biomedical Engineering and a member of the McGovern Institute for Brain Research at MIT and the Broad Institute of MIT and Harvard, was another of the six scientists receiving a 2014 NYSCF Roberston Investigators grant; he received one of three NYSCF – Robertson Stem Cell Investigator awards. Zhang is developing disruptive technologies to better understand nervous system function and disease.

Scienmag Aug 14, 2020 0
Credit: Forschungszentrum Jülich/Sascha Kreklau Supercomputers around the world work around the clock on…