WASHINGTON, January 25, 2023 – The Heineman Foundation, American Institute of Physics, and American Astronomical Society are pleased to announce Karen Meech, astronomer at the Institute for Astronomy, University of Hawai’i, as the winner of the 2023 Dannie Heineman Prize for Astrophysics. 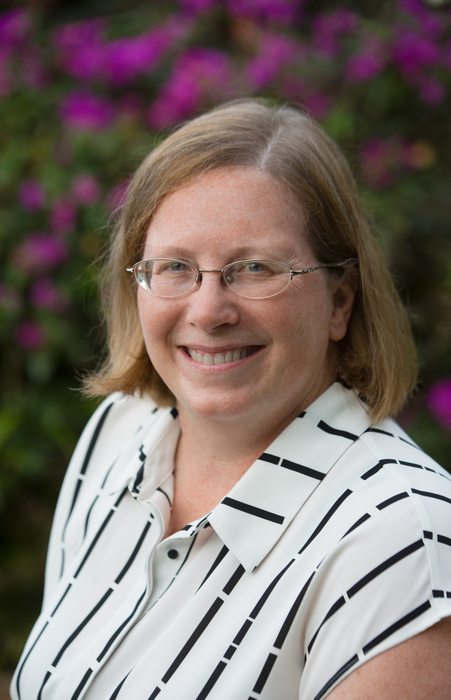 WASHINGTON, January 25, 2023 – The Heineman Foundation, American Institute of Physics, and American Astronomical Society are pleased to announce Karen Meech, astronomer at the Institute for Astronomy, University of Hawai’i, as the winner of the 2023 Dannie Heineman Prize for Astrophysics.

Meech was selected “for her pioneering work in expanding and pushing boundaries in the field of small body solar system observational science, and for making transformative contributions to shape the broader field of planetary science in general.”

“I was really pleased when I heard the news. It was very exciting because it really means a lot of the hard work I’ve done for years and years is being recognized by others,” said Meech. “My message to students is to work hard, do a good job, and grit your teeth through the day-to-day grind. Often, there are miraculous discoveries to be had within that.”

AIP CEO Michael Moloney said, “By piecing together information from comets and other small bodies, Dr. Meech is investigating and solving some of the most fundamental questions about our solar system, habitable worlds, and life elsewhere in the universe. AIP congratulates her on this well-deserved award.”

“Better understanding how essential ingredients for life are delivered to planets is a fundamental — and ultimately existential — question at the core of astronomical research,” said AAS President Kelsey Johnson. “Dr. Meech has been a leader in this field, bringing a transdisciplinary approach that is essential to progress. I am thrilled that she has been awarded the Heineman Prize for her pioneering work.”

Early in her career, Meech discovered activity on the centaur, Chiron – a small body that exhibits properties of both asteroids and comets. As a collaborator on the Panoramic Survey Telescope and Rapid Response System (Pan-STARRS), she continues to identify and explore a wide variety of solar system bodies. For example, the team found a unique long-period, inactive object.

“Typically, long period comets come fresh from the Oort cloud and have lots of ice. It was behaving like a very weak comet, but it had minerals that cannot form in the presence of water. The surface composition didn’t look like a comet – it looked like an asteroid,” Meech said. “This was our first example of something that may form right near the water ice line in our solar system and could be representative of the stuff that built Earth.”

Her expertise also aided in the characterization of the first known interstellar object, ʻOumuamua. She was a Co-Investigator on the Deep Impact, EPOXI and Stardust-NeXT missions, and led the NASA Astrobiology Institute at the University of Hawai’i for over a decade. From 1995 to 2004, Meech ran the Toward Other Planetary Systems Workshop, an astronomy program for students and teachers in Hawai’i and Micronesia.

Meech is now focusing on how habitable worlds obtain the ingredients for life, including how Earth got its water. The ratio between deuterium and hydrogen in Earth’s oceans is higher than expected from the gases formed in the solar system. Comets, which mostly have high deuterium-to-hydrogen ratios, were a possible source. However, the story is much more complex and requires an interdisciplinary approach. Meech connects with geologists and chemists to explore and compare comet composition to primordial water samples.

“It’s been exciting, because as you get more advanced in your career, often you’re so specialized. It’s a narrowing funnel of expertise. But now it’s wide open as I explore new disciplines,” she said. “I’m like a kindergartener in a candy shop because I can ask geology questions and nobody expects me to know the answers. It’s been a lot of fun doing the interdisciplinary science.”

Meech believes such interdisciplinary research is the key to innovative progress because it brings different perspectives to science problems. In addition to continuing these collaborations, she is excited to learn more from widescale sky surveys, larger telescopes, and space missions to the asteroid belt, long-period comets, or interstellar objects.

As the recipient of the 2023 Dannie Heineman Prize for Astrophysics, Meech will be awarded $10,000 and a certificate. She will be invited to give a talk at a future meeting of the American Astronomical Society.

ABOUT THE DANNIE HEINEMAN PRIZE FOR ASTROPHYSICS

The prize is named after Dannie N. Heineman, an engineer, business executive, and philanthropic sponsor of the sciences. The prize was established in 1979 by the Heineman Foundation for Research, Education, Charitable and Scientific Purposes, Inc. Awarded annually by the AIP and the AAS, the prize consists of $10,000 and a certificate citing the contributions made by the recipient(s) plus travel expenses to attend the meeting at which the prize is bestowed. https://www.aip.org/aip/awards-and-prizes/heineman-astro

The American Astronomical Society (AAS), established in 1899, is a major international organization of professional astronomers, astronomy educators, and amateur astronomers. Its membership of approximately 8,000 also includes physicists, geologists, engineers, and others whose interests lie within the broad spectrum of subjects now comprising the astronomical sciences. The mission of the AAS is to enhance and share humanity’s scientific understanding of the universe as a diverse and inclusive astronomical community, which it achieves through publishing, meetings, science advocacy, education and outreach, and training and professional development.