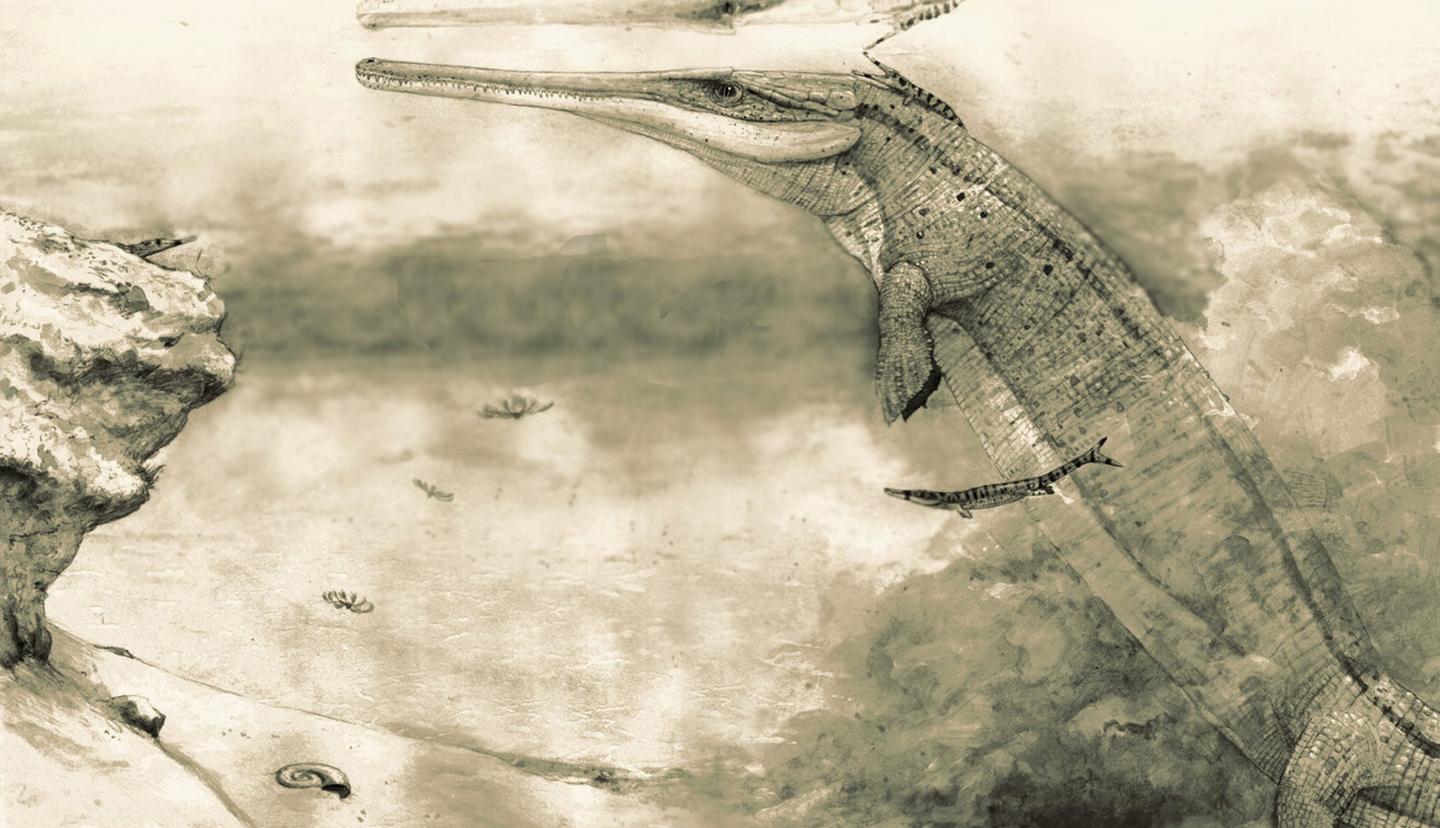 A newly identified species of 150 million-year-old marine crocodile has given insights into how a group of ancient animals evolved.

The ancestor of today’s crocodiles belonged to a group of animals that developed a tail fin and paddle-like limbs for life in the sea, resembling dolphins more than crocodiles.

These slender animals, which fed on fast-moving prey such as squid and small fish, lived during the Jurassic era in shallow seas and lagoons in what is now Germany. Related species have previously been found in Mexico and Argentina.

An international team of scientists, including researchers from Germany and the University of Edinburgh, identified the new species from a remarkably well-preserved skeleton.

The fossil was discovered in 2014 in a quarry near the town of Bamberg in Bavaria, Germany by a team from the Naturkunde-Museum Bamberg, where it is now housed. The species, Cricosaurus bambergensis, takes its name from the town.

Researchers compared the fossil with those from other museum collections, and confirmed that it was a previously unseen species.

The skeleton has several distinguishing features in its jaws, the roof of its mouth and tail, some of which have not been seen in any other species.

Experts created digital images of the fossil in high resolution, to enable further research. They expect the fossil will aid greater understanding of a wider family of ancient animals, known as metriorhynchid, to which this species belonged.

The research, carried out with Naturkunde-Museum Bielefeld, Eberhard-Karls Universität Tübingen and commercial partners Palaeo3D, is published in Acta Palaeontologica Polonica.

Dr Mark Young, of the University of Edinburgh’s School of GeoSciences, who took part in the study, said: “The rock formations of southern Germany continue to give us fresh insights into the age of dinosaurs. These rock layers were deposited at a time when Europe was covered by a shallow sea, with countries such as Germany and the UK being a collection of islands.”

Sven Sachs, from the Naturkunde-Museum Bielefeld, who led the project, said: “The study reveals peculiar features at the palate that have not been described in any fossil crocodile so far. There are two depressions which are separated by a pronounced bar. It is not clear what these depressions were good for.”

Study shows lower mortality from induction of labor at 41 weeks

Scienmag Nov 21, 2019
Credit: Photo by Malin Arnesson Inducing labor after 41 instead of 42 full weeks' pregnancy appears to be…

Building a bridge to the quantum world