Journalism is an ‘attack surface’ for those who spread misinformation 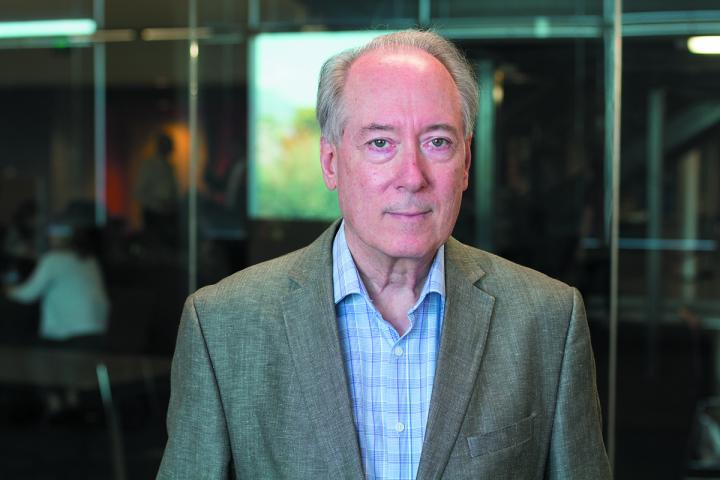 For all the benefits in the expansion of the media landscape, we’re still struggling with the spread of misinformation–and the damage is especially worrisome when it comes to information about science and health.

“Believing things that aren’t true when it comes to health can be not just bad for us, but dangerous,” said Dan Gillmor, co-founder of the News Co/Lab at Arizona State University’s Walter Cronkite School of Journalism and Mass Communication. “Journalists have a special duty to avoid being fooled, and they can help us learn to sort out truth from falsehood ourselves.”

Gillmor will discuss his work, which focuses on improving media literacy, during a panel presentation on Feb. 15 as part of the annual meeting of the American Association for the Advancement of Science (AAAS) in Seattle, Washington.

His presentation is anchored by warnings from security experts, aimed at media consumers and journalists who may sometimes unwittingly amplify bad information. Those experts label journalism as an “attack surface” for those who are looking to intentionally spread misinformation.

His discussion is particularly timely as the country moves into the 2020 election season, when the stakes become higher on local and national levels.

“We need to get better ourselves at sorting out what we can trust, and understanding our roles as part of a digital ecosystem in which we’re sharers and creators as well as consumers,” Gillmor said.

The News Co/Lab, which has received support from the Facebook Journalism Project, Craig Newmark Philanthropies, Democracy Fund, Rita Allen Foundation and News Integrity Initiative, collaborates with a number of partners to find new ways to increase public understanding of the news. Research suggests expertise in the area is sorely needed.

A report released by the News Co/Lab and the Center for Media Engagement at The University of Texas at Austin revealed that nearly a third of media consumers with a college education could not identify a fake news headline. And, consumers with negative attitudes about the news media were less likely to be able to spot fake news or distinguish opinion from analysis or advertising.

Gillmor’s presentation will pivot on the need for a better understanding of news and the media, how journalists can prepare for and respond to misinformation, and how consumers can learn to parse what they read and watch so that they don’t unknowingly traffic information that was intentionally designed to be misleading. For its part, the News Co/Lab recently received a grant for a new media literacy project that will include outreach events across the U.S., a massive online open course on digital media literacy, and digital and social media content.

Gillmor will formally discuss concerns and solutions related to misinformation during his presentation, “Detecting, Combatting and Identifying Dis- and Mis-Information.” His presentation, from 10:30-11 a.m. on Feb. 15, is included in the meeting’s “Advocating for the Future” track of sessions.