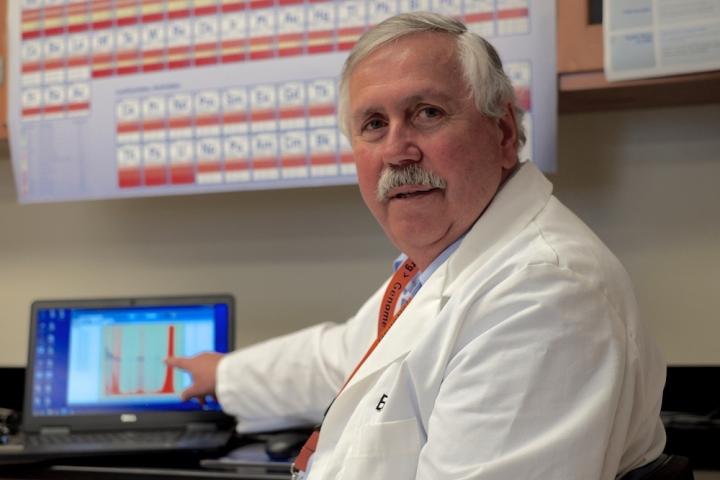 Memphis, Tenn. (April 30, 2021) – The National Institute of Environmental Health Sciences has awarded Byron C. Jones, PhD, professor in the Department of Genetics, Geonomics, and Informatics at the University of Tennessee Health Science Center, $2.87 million for his continuing study of genetic alterations associated with Gulf War illness among former military personnel.

During the 1990-91 Gulf War, 700,000 troops were sent to the Persian Gulf. Of those who returned, 25%-35% suffered from what became known as the Gulf War Illness, a multisymptomatic malady with complaints ranging from gastrointestinal problems to cognitive difficulties. Sickness behaviors were disabling, and neither cause nor treatment were known. Nearly 30 years later, most of those afflicted are still sick. Exposure to organophosphate compounds (nerve gas and insecticides), coupled with being in a high stress environment, have emerged as a possible cause of illness and a focus of study.

Dr. Jones’ project will build upon past studies his lab has conducted to determine why some combatants became sick, while others did not. By duplicating exposure conditions in animal models, Dr. Jones’ team has previously identified genes and biochemical pathways involved in individual differences to susceptibility.

Focusing on these systems, his team will now look for genetic-based individual differences in which genes are permanently altered in expression following the same exposure. Findings from this project will increase understanding of which biochemical processes are involved, and provide a basis for developing treatment.

“Initial studies show acute changes in proinflammatory cytokine genes and changes in methylation of genes following the exposure regimen,” Dr. Jones said. “We have seen significant differences in proinflammatory gene expression response to the treatment among animal models, and have been able to map to a region of DNA which mediates this effect. Our research takes the next steps to understand how genetics relate to the ongoing effects of Gulf War Illness.”

The study, titled “Genetics of epigenetic response to high inflammatory reducing hormones and environmental compounds,” is being funded for five years.

As Tennessee’s only public, statewide, academic health system, the mission of the University of Tennessee Health Science Center is to bring the benefits of the health sciences to the achievement and maintenance of human health through education, research, clinical care, and public service, with a focus on the citizens of Tennessee and the region. The main campus in Memphis includes six colleges: Dentistry, Graduate Health Sciences, Health Professions, Medicine, Nursing and Pharmacy. UTHSC also educates and trains medicine, pharmacy, and/or health professions students, as well as medical residents and fellows, at major sites in Knoxville, Chattanooga and Nashville. For more information, visit http://www.uthsc.edu. Find us on Facebook: facebook.com/uthsc, on Twitter: twitter.com/uthsc and on Instagram: instagram.com/uthsc.