In a recent study, researchers at the University of Missouri are identifying new minimally invasive biomarkers to develop a blood test for early detection of non-small cell lung cancer (NSCLC), one of two main types of lung cancer. This blood test also could help identify potential drug resistance in patients who are in more advanced stages of the disease. 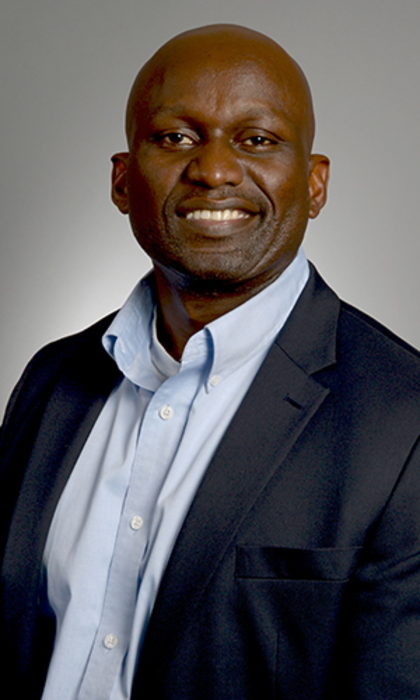 In a recent study, researchers at the University of Missouri are identifying new minimally invasive biomarkers to develop a blood test for early detection of non-small cell lung cancer (NSCLC), one of two main types of lung cancer. This blood test also could help identify potential drug resistance in patients who are in more advanced stages of the disease.

Yves Chabu, an assistant professor of biological sciences in the MU College of Arts and Science, said that lung cancer remains the deadliest cancer worldwide, and his team’s work addresses the pressing need for strategies to detect lung cancer early when the survival chances are significantly greater.

“Most cancer patients with NSCLC become symptomatic and come to the clinic when the disease has already progressed to the point where surgery is no longer an option and existing therapies are not effective,” Chabu said. “For instance, the probability that a patient with advanced NSCLC will be alive five years after diagnosis is only 7-10%. However, patients who are diagnosed early have more than 90% chance of surviving the cancer through surgical approaches and existing therapies.”

Their method relies on the detection of a molecular signature consisting of a combination of microRNAs that are circulating freely or packed inside extracellular vesicles (EVs) in the blood. Nadia Patterson, a graduate research assistant in Chabu’s lab, and co-author on the study, said this approach can be highly sensitive.

“A large number of patients end up with either a false positive or false negative result,” Patterson said. “The development and implementation of highly sensitive and robust approaches will positively transform outcomes for patients.”

Gangadhara Vadla, who was a post-doctoral fellow in Chabu’s lab at the time of the study, was surprised at how well the method was able to distinguish between individuals who developed cancer compared to others who were cancer-free.

“It was striking to see how robustly the identified biomarkers distinguish cancer patients from cancer-free individuals,” Vadla said. “Also, different from tissue biopsies which are considerably invasive, the blood-based approach relies on blood that can be drawn out easily from the patient’s arm.”

Additionally, Chabu said that their blood test might identify individuals who are particularly at risk of developing resistance to therapies. This is important because regardless of the treatment method — targeted therapies, chemotherapy and immunotherapy — he said in most patients the cancer will eventually return because their bodies develop resistance to whatever therapy they used during the course of treatment.

“By identifying predictive markers before patients begin treatment, we can help clinicians establish whether that patient is at risk of developing resistance to a particular therapy, and choose alternative treatment options,” Chabu said. “Furthermore, because these biomarkers are detecting resistance signals that can be turned off using existing drugs, combining standard therapies with these biomarkers and guided drugs will improve patients’ outcomes. Patients can derive durable survival benefits with these personalized precision treatment approaches.”

Chabu added that his team and other collaborators are now working to further validate these biomarkers in larger patient groups.

“Combining plasma extracellular vesicle Let-7b-5p, miR-184 and circulating miR-22-3p levels for NSCLC diagnosis and drug resistance prediction,” was published in Scientific Reports, a journal of Nature. Other authors include Bakul Daghat, Vakil Ahmad, Agnie Garcia, Gilberto Perez, Yariswamy Manjunath, Jussuf T. Kaifi, Guagfu Li. Kaifi, Li and Chabu are also affiliated with the Siteman Cancer Center at Washington University in St. Louis. Funding was provided by MU start-up funds. The content is solely the responsibility of the authors and does not necessarily represent the official views of the funding agencies.