Researchers to use psychedelics to study the mind and identify therapies for diseases such as addiction, PTSD and Alzheimer’s 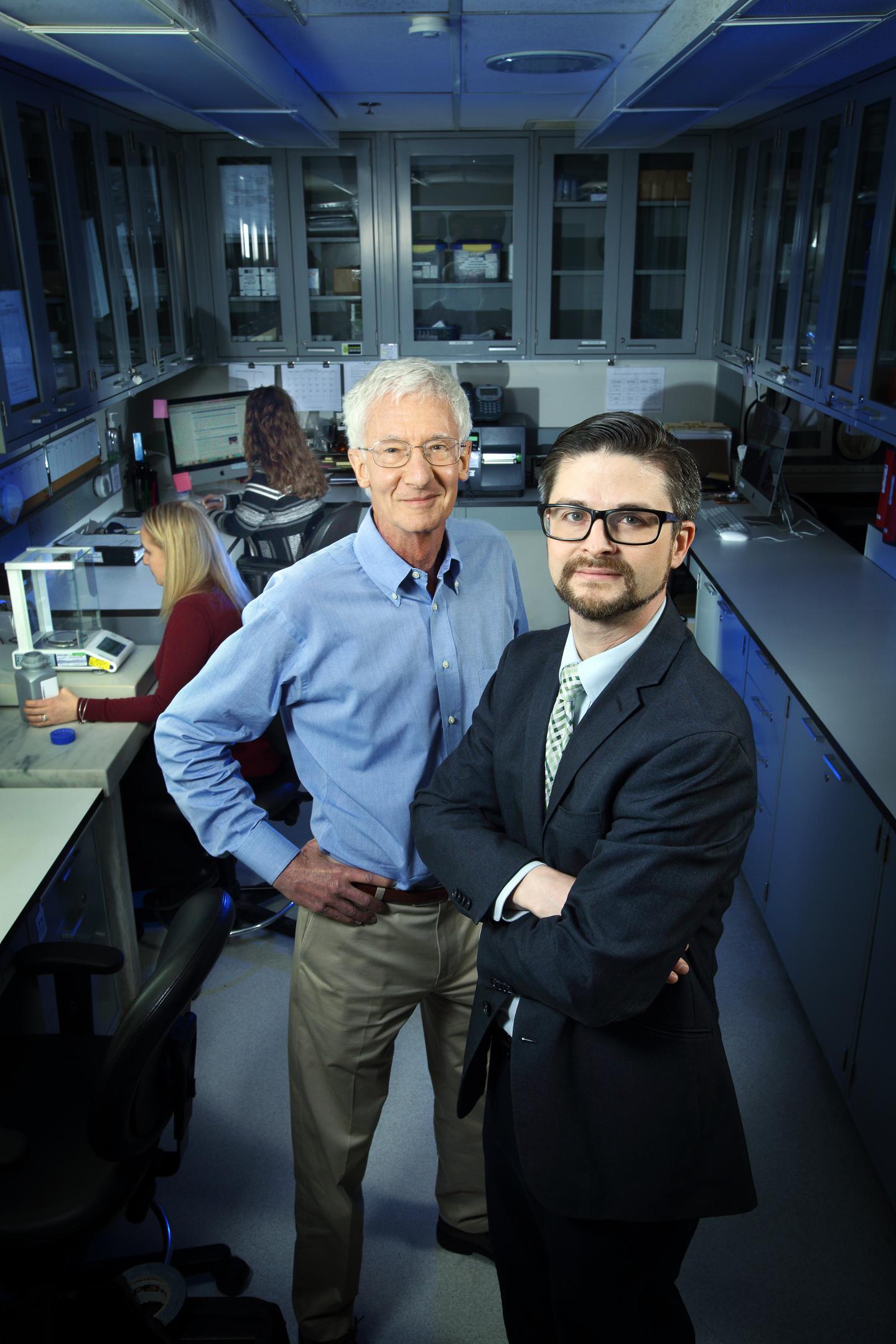 A group of private donors has given $17 million to start the Center for Psychedelic and Consciousness Research at Johns Hopkins Medicine, making it what’s believed to be the first such research center in the U.S., and the largest research center of its kind in the world. In the absence of federal funding for such therapeutic research in people, the new center will rely on the gifts announced today to advance the emerging field of psychedelics for therapies and wellness.

Psychedelics are a class of drugs that produce unique and profound changes of consciousness over the course of several hours. Much of the early work at Johns Hopkins has focused on psilocybin, the chemical found in so-called magic mushrooms.

The Center for Psychedelic and Consciousness Research will focus on how psychedelics affect behavior, brain function, learning and memory, the brain’s biology and mood. Studies of psilocybin in patients will determine its effectiveness as a new therapy for opioid addiction, Alzheimer’s disease, post-traumatic stress disorder (PTSD), post-treatment Lyme disease syndrome (formerly known as chronic Lyme disease), anorexia nervosa and alcohol use in people with major depression. The researchers hope to create precision medicine treatments tailored to individual patients’ specific needs.

“The center’s establishment reflects a new era of research in therapeutics and the mind through studying this unique and remarkable class of pharmacological compounds,” says Roland Griffiths, Ph.D., the center’s director and professor of behavioral biology in the Department of Psychiatry and Behavioral Sciences and the Department of Neuroscience at the Johns Hopkins University School of Medicine. “In addition to studies on new therapeutics, we plan to investigate creativity and well-being in healthy volunteers that we hope will open up new ways to support human thriving.”

“Johns Hopkins is deeply committed to exploring innovative treatments for our patients,” says Paul B. Rothman, M.D., dean of the medical faculty at the Johns Hopkins University School of Medicine and CEO of Johns Hopkins Medicine. “Our scientists have shown that psychedelics have real potential as medicine, and this new center will help us explore that potential.”

The center will provide support for a team of six faculty neuroscientists, experimental psychologists and clinicians with expertise in psychedelic science, as well as five postdoctoral scientists.

“I am thrilled about this magnificent opportunity that has been provided by enlightened private funders,” says James Potash, M.D., M.P.H., the Henry Phipps Professor and director of the Department of Psychiatry and Behavioral Sciences. “This center will allow our enormously talented faculty to focus extensively on psychedelic research, where their passions lie and where promising new horizons beckon.”

The center’s operational expenses for the first five years will be covered by private funding from the Steven & Alexandra Cohen Foundation and four philanthropists: Tim Ferriss (author and technology investor), Matt Mullenweg (co-founder of WordPress), Blake Mycoskie (founder of TOMS, a shoe and accessory brand) and Craig Nerenberg (investor).

“We have to take braver and bolder steps if we want to help those suffering from chronic illness, addiction and mental health challenges,” says Alex Cohen, president, Steven & Alexandra Cohen Foundation. “By investing in the Johns Hopkins center, we are investing in the hope that researchers will keep proving the benefits of psychedelics — and people will have new ways to heal.”

The center’s faculty will train graduate and medical students who want to pursue careers in psychedelic science, where there have historically been few avenues for career advancement.

“This represents the largest investment to date in psychedelic research, as well as in training the next generation of psychedelic researchers,” says Ferriss. “I sincerely hope this ambitious Johns Hopkins center will inspire others to think big and establish more psychedelic research centers in the U.S. and overseas, as there’s never been a better time to support such important work.”

In 2000, the psychedelic research group at Johns Hopkins was the first to achieve regulatory approval in the U.S. to reinitiate research with psychedelics in healthy volunteers who had never used a psychedelic. Their 2006 publication on the safety and enduring positive effects of a single dose of psilocybin sparked a renewal of psychedelic research worldwide.

Since then, the researchers have published studies in more than 60 peer-reviewed journal articles. Their research has demonstrated therapeutic benefits for people who suffer from conditions including nicotine addiction, and depression/anxiety caused by life-threatening diseases such as cancer. It has paved the way for current studies on treatment of major depressive disorder. They have also led the field by publishing safety guidelines that have helped gain approval for psychedelic studies at other universities around the world, and by developing new ways to measure mystical and emotionally challenging experiences while under the influence of psychedelics. Their research also explores the interaction of psilocybin and meditation.

The group’s findings on both the promise and the risks of psilocybin helped create a path forward for its potential medical approval and reclassification from a Schedule I drug, the most restrictive federal government category, to a more appropriate level. Psilocybin was classified as Schedule I during the Nixon administration, but research over the last decade has shown psilocybin to have low toxicity and abuse potential.

“This very substantial level of funding should enable a quantum leap in psychedelic-focused research,” adds Potash. “It will accelerate the process of sorting out what works and what doesn’t.”

Roland Griffiths, Ph.D., initiated the psilocybin research program at Johns Hopkins almost 20 years ago, leading the first studies investigating the effects of its use by healthy volunteers. His pioneering work led to the consideration of psilocybin as a therapy for serious health conditions. Griffiths recruited and trained the center faculty in psychedelic research as well.

Matthew Johnson, Ph.D., associate professor of psychiatry and behavioral science, has expertise in drug addictions and behavioral economic decision-making, and has conducted psychedelic research at Johns Hopkins since 2004 (with well over 100 publications). He led studies showing psilocybin can treat nicotine addiction. Johnson will lead two new clinical trials and will be associate director of the new center.

Frederick Barrett, Ph.D., assistant professor of psychiatry and behavioral sciences, has expertise in cognitive and affective (study of emotions) neuroscience, as well as psychological assessment. The focus of his past and ongoing research is the impact of psychedelics on emotional and brain functioning. Barrett will be the center’s director of neurophysiological mechanism and biomarker assessment, overseeing a project that looks at how psychedelics change brain function and blood biomarkers that may predict response to psychedelics.

Albert Garcia-Romeu, Ph.D., is an instructor of psychiatry and behavioral sciences with expertise in assessing the psychological and subjective effects of psychedelics, and in addiction treatment with psychedelics. At the new center, Garcia-Romeu will lead several clinical trials and will supervise key elements of participant recruitment and care.

Natalie Gukasyan, M.D., is a Johns Hopkins trained psychiatrist and a study team member for the ongoing psilocybin depression study. Gukasyan will lead the study on psilocybin treatment for anorexia nervosa and serve as the new center’s medical director.

Alan Davis, Ph.D., a part-time adjunct assistant professor of psychiatry and behavioral sciences, is one of the lead psilocybin session therapists on the ongoing psilocybin depression study and lead investigator of several past and ongoing survey studies exploring the effects of psychedelics in real-world and clinical settings. At the new center, he will provide clinical supervision and consultation across clinical trials.

Mary Cosimano, M.S.W., has been a member of the Johns Hopkins psychedelic research team since its inception and has served as a study guide for hundreds of psychedelic sessions. Cosimano will be the director of clinical services for the new center, with responsibility for training and supervising center staff members who prepare, support and provide after care for study participants.

William Richards, Ph.D., is a clinical psychologist who conducted research with psychedelics in the 1960s. He has been a member of the Johns Hopkins psychedelic research team since its inception.

Researchers move beyond sequencing and create a 3D genome

Carrots plus sticks: Study looks at what works to reduce low-value care

Scienmag Dec 19, 2019
Some native plants can behave as invasive speciesCredit: Lyn Gettys, University of Florida A study out…

An end-to-end general framework for automatic diagnosis of…