Swiss physicist honored for his work on quantum cascade lasers 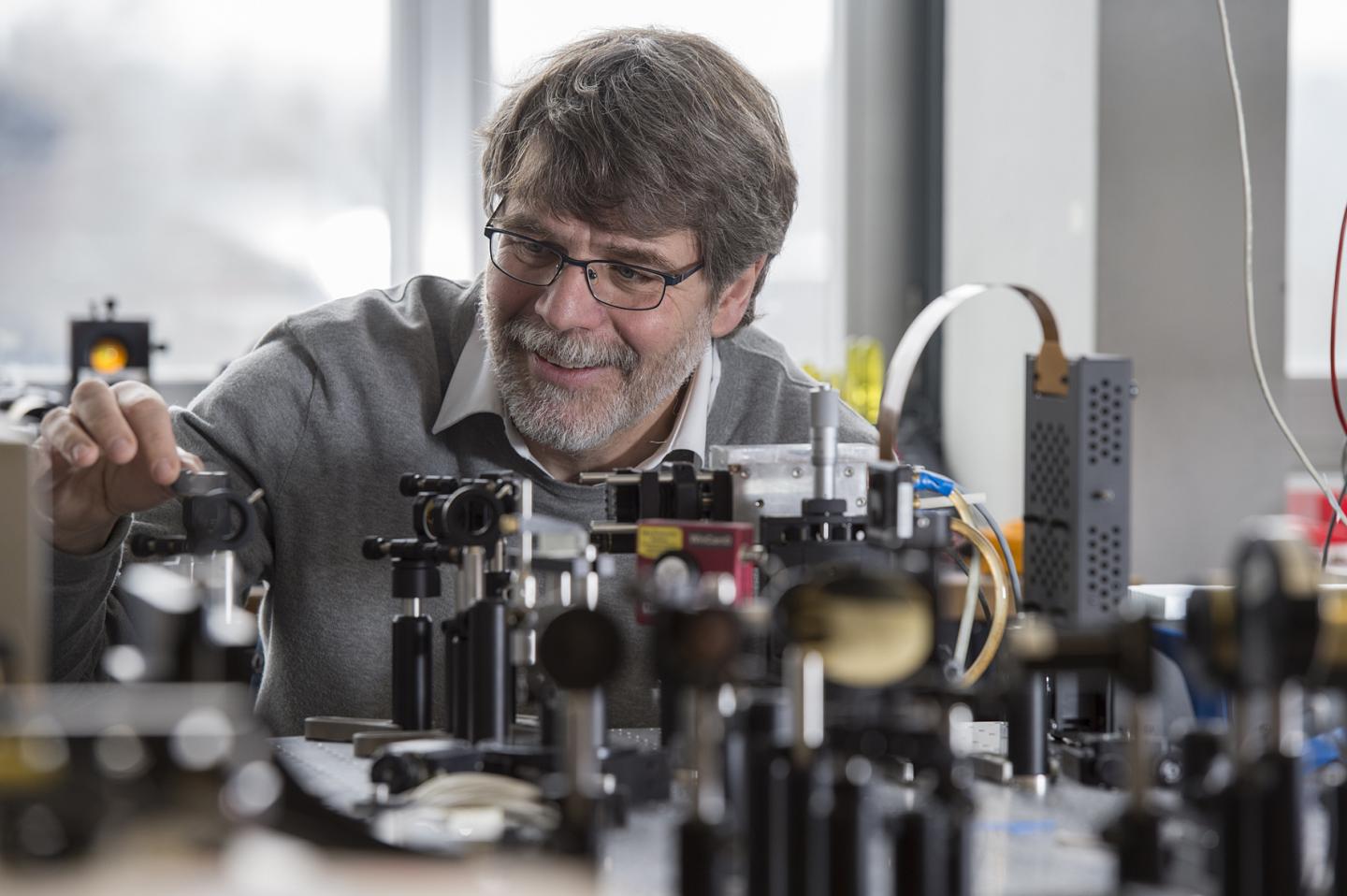 The 2019 Julius Springer Prize for Applied Physics has been awarded to Professor Jerome Faist of ETH Zürich in Switzerland. The award, which comes with a prize of US$5,000, will be presented at the Magnus-Haus in Berlin, Germany on 13 May 2019, and will be accompanied by a public lecture given by the winner.

Faist is the co-inventor of the quantum cascade laser (QCL), which employs a carefully engineered layered structure to overcome the limitations of natural material semiconductor lasers. This stacked arrangement enables the QCL to emit coherently at wavelengths ranging from the mid- to far-infrared.

Quantum cascade lasers emitting different colors of electromagnetic radiation have efficiently been used to perform rotational and vibrational spectroscopy of gases, liquids and solids. Applications of these devices span across a broad range of domains enabling sensitive detection of greenhouse gases and atmospheric pollutants in programs such as the NASA Airborne Science Program, biochemical imaging for tumor detection, or submillimeter astronomy to study interstellar medium and planetary objects.

Professor Dieter Meschede, Editor-in-Chief of Applied Physics B, said: “Jerome Faist is a richly-deserving winner of the Julius Springer Prize. Several fundamental discoveries in his lab have found a way to commercial markets through multiple successful spin-off companies of his laboratory. It is remarkable for a scientist to cover such a breadth of expertise from fundamental quantum and solid state physics to technological innovation and practical applications.”

MIPT scientists come up with faster way to discover antibiotics