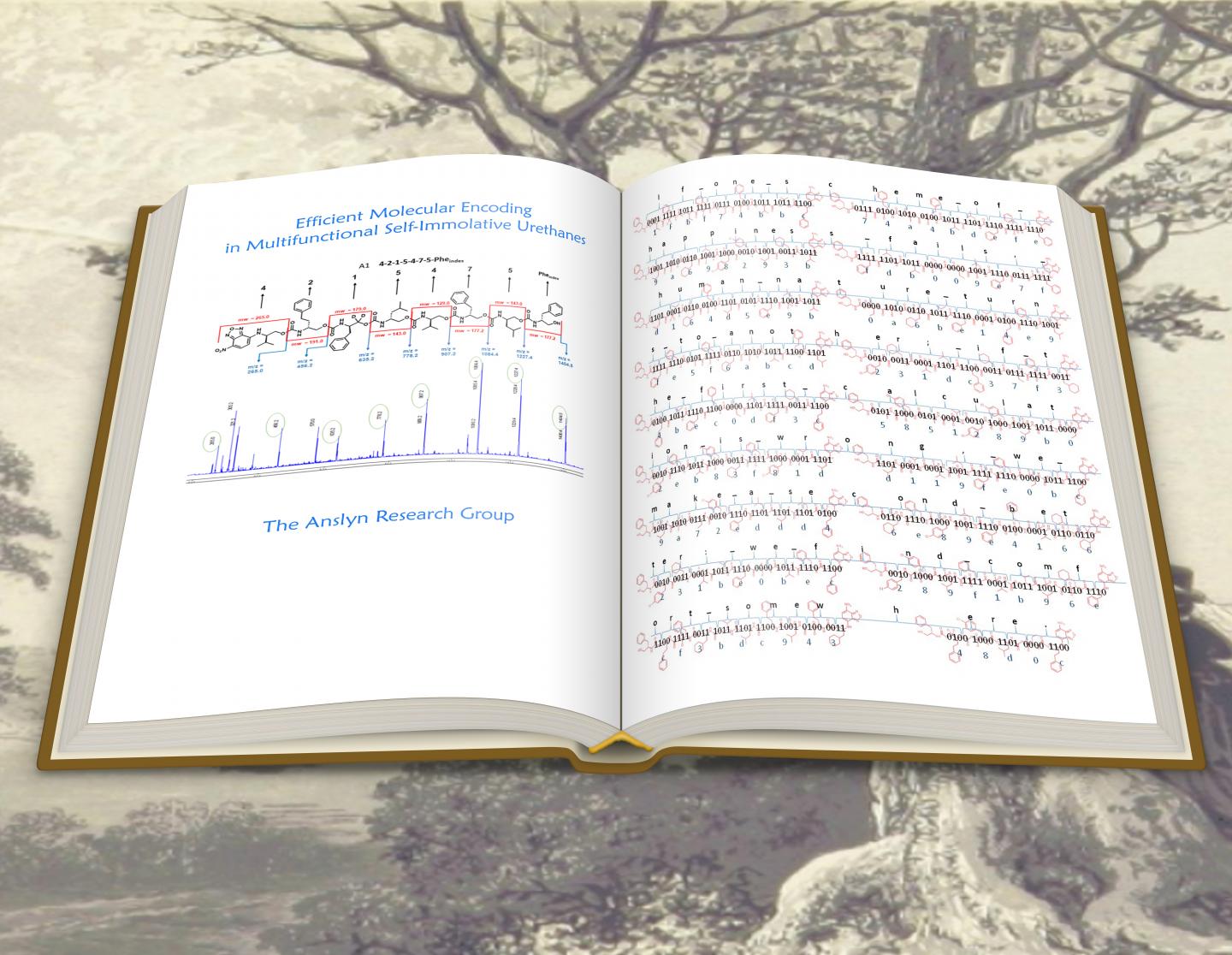 Using a novel molecular-data-storage technique, researchers at the University of Texas at Austin have encoded a quote from Jane Austen’s classic novel Mansfield Park in a series of oligomers, which a third party could read back without prior knowledge of the structures that encoded the passage. The findings, published April 21st in the journal Cell Reports Physical Science, illustrate a method to encode data that allows for greater information density than DNA-based approaches and that relies on urethane-like plastics–highly accessible and structurally modifiable chemical feedstocks–instead of nucleic acids.

“This work is another step toward the long-term goal of using synthetic sequence-defined polymers for information storage,” says Eric Anslyn, a chemistry professor at the University of Texas at Austin and an author of the study. “It sets the stage and hopefully inspires further work towards the practical use of molecules to usefully store information.”

As society churns out enormous quantities of data, scientists are continuously seeking dense, durable, and cost-effective ways to store information. Molecular approaches offer a particularly appealing solution because they can retain information at far higher densities than leading silicon-based technologies.

“In theory, any kind of information can be encoded in polymers,” says Anslyn. “In practical terms, we have seen books and pictures, among many other things, stored in molecules.”

However, despite their enormous information-storage potential, polymers such as plastics have lacked sufficiently inexpensive, efficient, and large-scale reproducible approaches to “writing” and “reading” information.

To overcome these challenges, Samuel Dahlhauser, a researcher at the University of Texas, and colleagues encoded a selected passage from Mansfield Park into a series of oligourethanes by using a new technique. The passage reads: “If one scheme of happiness fails, human nature turns to another; if the first calculation is wrong, we make a second better: we find comfort somewhere.”

“This particular passage was chosen because we felt it was uplifting in these trying times, and it is easily understood without the context in the book,” says Dahlhauser.

First, the researchers compressed the text into a bitstring (a sequence of binary digits) by using an algorithm before converting it into the hexadecimal numeral system, which consists of 16 symbols and enables computers to organize large binary digit strings. The 158-character hexadecimal string was next synthesized into 18 oligourethanes, each 10 monomers long. To decode the freshly encoded information, the researchers worked backwards. They sequenced the oligomers by using self-immolation, in which the compounds spontaneously fragmented into monomers through a cascade of reactions, and fed the sequencing data into decoder software, which assigned the molecules to their corresponding hexadecimal characters. Ultimately, the team succeeded in reproducing the wholly intact passage with complete accuracy.

To further verify the technique, the researchers asked a colleague who was unaffiliated with the project to “read” the encoded material by following a set of instructions. The participant correctly deciphered all but two characters on his first try and, when given a slightly modified set of instructions, correctly deciphered all of the monomers on his second attempt.

“Our future work will address the error rates in the reading and writing, as well as the limitations of oligourethanes as a medium for information storage,” says Anslyn. “Likewise, we hope to utilize the rapid characterization techniques presented here to explore their applications in self-assembly, combinatorial chemistry, and catalysis.”

This work was supported by the Army Research Office, the Howard Hughes Medical Institute, and the Welch Reagents Chair.