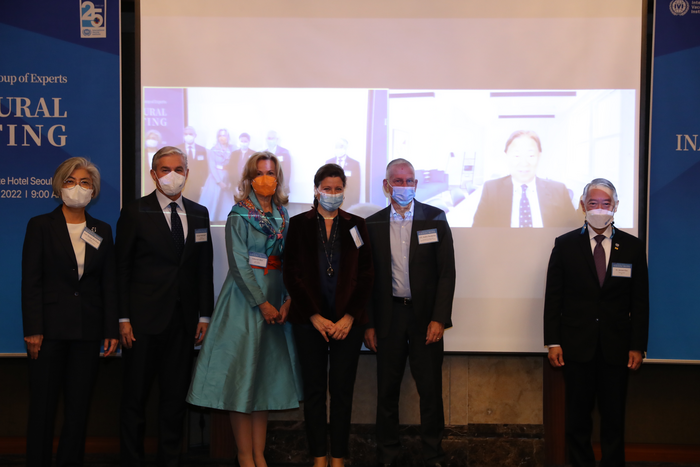 As IVI expands its presence into new regions and research opportunities, the GAGE will guide IVI on matters of global health and diplomacy while facilitating partnerships with key government stakeholders and industry groups. The GAGE, in addition to the Board of Trustees and Scientific Advisory Group, make up IVI’s governance and advisory bodies.

George Bickerstaff, Chairperson of IVI’s Board of Trustees, said: “As a complement to IVI’s Scientific Advisory Group which guides our research teams in producing quality and rigorous scientific outputs, the new GAGE will advise on matters of global health and diplomacy so IVI can play a more dynamic and even more connected role as an international organization and leading product development partner. We are grateful to Dr. Birx and the members of the GAGE for their service, and I am confident that their combined insights and experience will set IVI up for another 25 years of lasting impact.”

Dr. Jerome Kim, Director General of IVI, said: “IVI formed this Global Advisory Group of Experts at a formative juncture in its growth and expansion. With headquarters in Seoul, a new Europe Regional Office in Stockholm and forthcoming Country Office in Vienna, IVI requires strategic guidance on fulfilling its role as a trusted, effective, and sustainable international organization. We look forward to gaining the wisdom and support of our GAGE members as we pursue new partnerships and R&D opportunities in Europe, Africa, and beyond.

Dr. Deborah Birx, Senior Fellow at the Bush Institute and Chairperson of IVI’s GAGE, said: “I am delighted to join and chair IVI’s founding GAGE, gathering international leaders and global health experts to facilitate strategic partnerships and effectively engage governments and other key industry stakeholders as IVI advances in scope and reach. The members of the GAGE look forward to guiding IVI toward its critically important mission to accelerate vaccines for global health.”

IVI’s current portfolio includes vaccines at all stages of pre-clinical and clinical development for infectious diseases that disproportionately affect low- and middle-income countries, such as cholera, typhoid, chikungunya, shigella, salmonella, schistosomiasis, hepatitis E, HPV, COVID-19, and more. IVI developed the world’s first low-cost oral cholera vaccine, pre-qualified by the World Health Organization (WHO), and developed a new-generation typhoid conjugate vaccine that is currently under assessment for WHO PQ.

IVI is headquartered in Seoul, Republic of Korea with a Europe Regional Office in Sweden and Collaborating Centers in Ghana, Ethiopia, and Madagascar. 39 countries and the WHO are members of IVI, and the governments of the Republic of Korea, Sweden, India, and Finland provide state funding. For more information, please visit https://www.ivi.int.