It's all in our heads 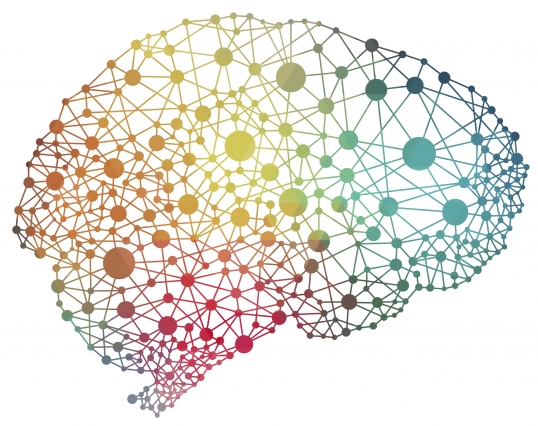 Rooted squarely at the “intersection of cognition and conflict,” Landau-Wells, a PhD student in the Security Studies Program, is using psychology and neuroscience to better understand political behavior — specifically, why we respond to perceived threats the way we do. Her interdisciplinary approach opens up a variety of avenues for gathering different types of data.

“My hope is that the theory and language and framework I’m building will help people understand why they disagree about policies made in response to perceived threats,” she says. These “threats,” she explains, can range from nuclear weapons to influxes of immigrants.

“A huge part of conflict — in the blood-and-battlefield sense, but also in the policymaking sense — comes down to not being very good at imagining why the other person thinks what they do,” she adds. “Until they do, the two sides will continue to talk past each other. This can mean the continuation of a real war or of policy deadlock.

Landau-Wells envisions a career in academia, ideally with the chance to do intervention evaluations for organizations like the World Bank that bring “a cognitive-science-informed point of view” to political problems.

The path from Harvard University undergrad to MIT doctoral candidate involved a number of enlightening side-trips along the way, including performing corporate strategy and acquisitions for the Walt Disney Company in her native Los Angeles, and consulting in a range of industries for Bain and Company in London.

“I spent a lot of time in the private sector watching how people make decisions — not life-or-death ones but certainly very expensive ones,” she says. “It seemed to me that the findings from psychology, often just basic heuristics and biases, went a long way toward explaining the decisions I saw. Rational choice and pure economic modeling didn’t.”

Between her stints at Disney and Bain, Landau-Wells earned an MS in global politics from the London School of Economics. “I was very interested in civil wars,” she says, “and in questioning rationalist arguments. I hadn’t found those arguments compelling in the contexts where they should be most applicable — in business — and I found them even less compelling in contexts like warfare, where we know intuitively there’s a lot more at stake than money. People are willing to die for all kinds of things. Limiting [war] to a rational choice framework oversimplifies the problem.”

She decided to educate herself on the cognitive side of things. “I read up on psychology and neuroscience to learn what insights those fields might have that would help me understand the political science problems I was interested in, and found collaborators willing to work with me.” Since coming to MIT, she has become an active member of the Neuroscience and Social Conflict Initiative, a collaboration with Beyond Conflict, a Boston-based non-governmental organization dedicated to finding innovative strategies for conflict resolution and reconciliation.

In her dissertation, which focuses on how people perceive threats — threats posed by others’ identities or ideology — Landau-Wells continues to examine political behavior through the lens of neuroscience and psychology. “It’s worth understanding why we see the responses to perceived threats that we do,” she says. “I think threat-and-response logic drives a lot of political behavior. My favorite example at the moment is why so many people think that a border wall is a good idea in the U.S. I believe it’s something that can be explained, and not just by resorting to the simplistic explanation that the people who think these things are not as smart as the people who disagree with them.”

She would like to take her research to Europe, where immigration is an acute problem. “I hope that by better explaining the sources of these preferences,” she says, “we can actually advance the debates on these types of issues.”

Another hope is that her work will highlight why regarding certain groups as “social contaminants” is problematic, and how we can stop. “Humans are hierarchical; that’s not going to go away,” says Landau-Wells. “But how we treat people we perceive as being at the bottom is very much a social agreement. Talking about people as ‘vermin’ implicitly justifies policies that are brutally exclusionary. If we can become more self-aware about how we use contaminant heuristics, then maybe we can avoid the really negative consequences.”

Landau-Wells’s “cautious optimism” stems from a resistance to accept things as they are — and from a creative turn of mind. She recently took two semesters of creative writing at MIT, and her short story, “Remote Operations,” won a prize sponsored by the Atlantic Council last year. The notion of “worldbuilding” that is central to fantasy fiction — constructing an imaginary world, with its own geography, laws of physics, and history — resonated with her: It was a good way to think about what is really fixed and what is a working assumption in terms of political behavior. She uses worldbuilding in her teaching, especially around public policy.

“[Students] come in thinking so much of the world works like gravity,” she says. “I show them how little of the world works that way and how much influence they can have. It’s not to disabuse their ideals. It’s to show them the world doesn’t work optimally or automatically, but there’s plenty of room for agency.”