Is elevated level of lung protein an early predictor for COPD?

The UNC School of Medicine lab of Mehmet Kesimer, PhD, discovered MUC5AC is more reliably associated with the manifestation of COPD than another well-known mucus protein, revealing a possible biomarker of disease initiation, prognosis, and therapueutic ef 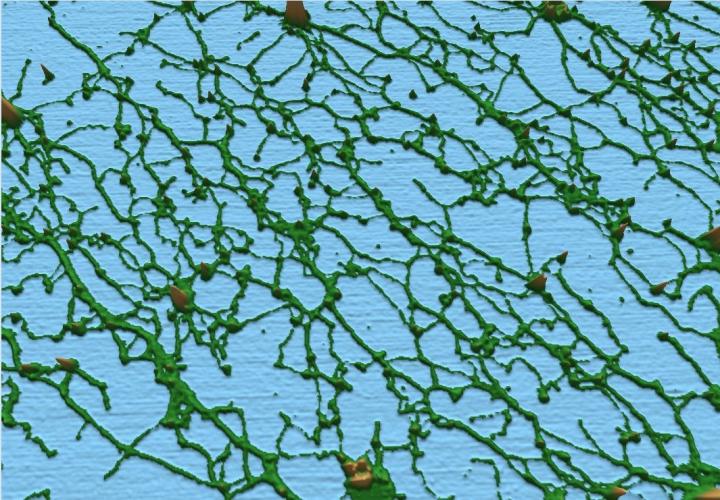 CHAPEL HILL, NC – Airway mucus consists of various proteins such as long mucins MUC5AC and MUC5B, both of which contribute greatly to the proper gel-like consistency of this most essential bodily fluid. UNC School of Medicine researchers led by mucin expert Mehmet Kesimer, PhD, had previously discovered that the total mucin concentrations in the lungs are associated with COPD disease progression and could be used as diagnostic markers of chronic bronchitis, a hallmark condition for patients with COPD. Kesimer and colleagues now report that one of these mucins, MUC5AC, is more closely and reliably associated with the development of COPD than is its brother, MUC5B.

The research, published in The Lancet Respiratory Medicine, shows that MUC5AC is found at elevated levels in smokers who had not yet developed COPD but whose lung function wound up decreasing over the course of the three-year study. Former smokers at-risk for COPD, on the other hand, had normal levels of MUC5AC at the start of the study and maintained proper lung function over three years. MUC5AC hyperconcentration in the lungs may be a key factor in predicting the risks and rates of progression to more severe disease, according to the study.

Recent nationwide efforts have focused on early- or pre-COPD to predict the risks of progression to COPD amongst smokers.

“Currently, we cannot forecast which individuals in the at-risk smokers group will progress to COPD because we don’t have an objective biological marker to underpin the disease-causing pathways. Our research shows that MUC5AC could be a predictor of who will develop COPD from the large group of aging “at-risk” smokers,” said Kesimer, senior author of the study, professor in the UNC Department of Pathology and Laboratory Medicine, and member of the UNC Marsico Lung Institute. “We think MUC5AC could be a new biomarker for COPD prognosis and it could be a biomarker for testing the effectiveness of therapeutic strategies.”

MUC5AC could also become a target for pharmaceutical developers whose goal it is to halt COPD disease progression and help patients live more normal, active lives.

Chronic obstructive pulmonary disease (COPD) is an inflammatory lung disease that causes obstructed airflow from the lungs and affects about 16 million people in the United States. Symptoms include breathing difficulty, coughing, mucus production, and wheezing. It’s typically caused by long-term exposure to irritants, such as particulate matter like cigarette smoke. The two main conditions that contribute to COPD are chronic bronchitis, an inflammation of the lining of the bronchial tubes due to chronic mucin/mucus accumulation; and emphysema, when the tiny air sacs at the end of the smallest air passages of the lungs are destroyed.

There are some treatment options for COPD to attempt to slow disease progression and reduce symptoms, but treatments often don’t work well, especially during late stages of the condition, and there is no cure.

The Kesimer Lab in the UNC Marsico Lung Institute uses various techniques, including mass spectrometry, to identify and measure the different biological mechanisms involved in lung conditions. For this study, the UNC team of scientists were able to measure the concentrations of MUC5AC and MUC5B in different groups of people, including people who had never smoked cigarettes, who had quit smoking, and who continue to smoke with or without COPD.

Smoking cigarettes has long been known to be a major risk factor for COPD, but Kesimer’s work suggests that quiting smoking decreases the odds of developing COPD as we age.

“Our data indicate that increased MUC5AC concentrations in the airways may contribute to the initiation of COPD, as well as disease progression, symptom exacerbation, and how the disease progesses over time, in general,”Kesimer said. “We did not observe the same association with MUC5B.”

The best thing an aging person can do to avoid the inevitable decline associated COPD is quit smoking immediately before airway obstruction sets in due to mucin/mucus accumulation. Through Kesimer’s work, though, it might be possible to pinpoint which individuals are at the highest immediate risk for developing COPD soon.

Giorgio Radicioni, Agathe Ceppe, Amina A. Ford, Neil Alexis, Esin Ozkan, Wanda O’Neal and Richard C. Boucher were other significant contributors to this study from the UNC Marsico Lung Institute. A total 20 authors from 14 different institutions contributed to the study as a part of a nationwide COPD study called SPIROMICS.

The National Heart, Lung, and Blood Institute, part of the National Institutes of Health, funded this work.