To truly understand what makes our planet capable of sustaining life, and to look for habitable worlds elsewhere, it is crucial to understand its interior–past and present 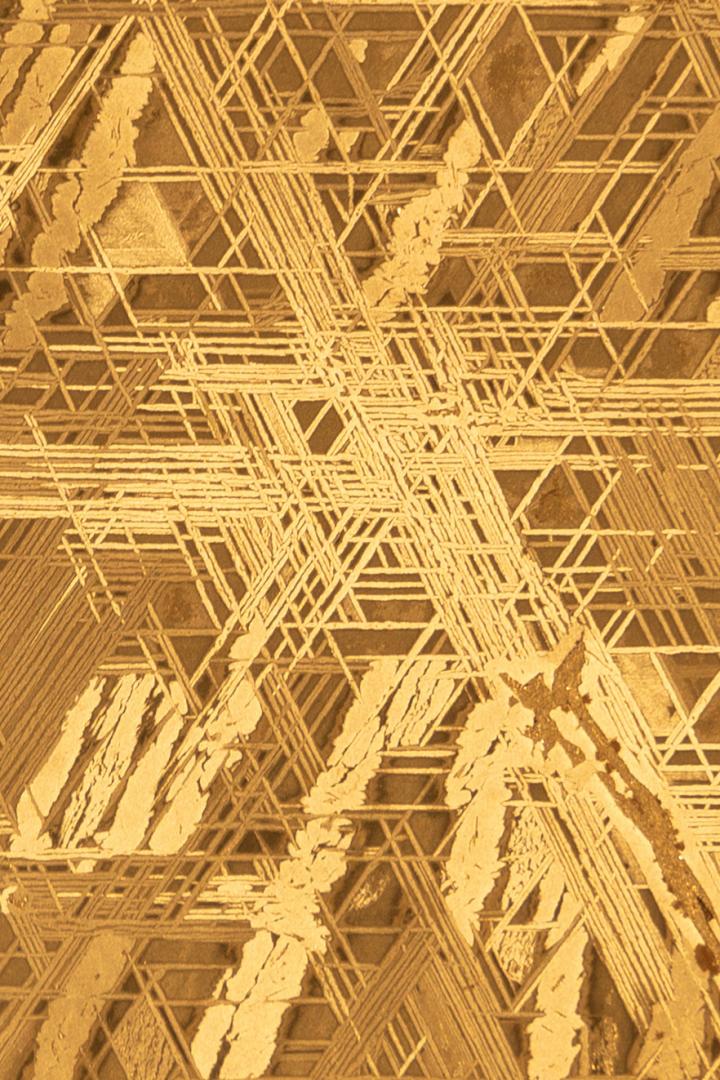 Washington, DC– New work led by Carnegie’s Peng Ni and Anat Shahar uncovers new details about our Solar System’s oldest planetary objects, which broke apart in long-ago collisions to form iron-rich meteorites. Their findings reveal that the distinct chemical signatures of these meteorites can be explained by the process of core crystallization in their parent bodies, deepening our understanding of the geochemistry occurring in the Solar System’s youth. They are published by Nature Geoscience.

Many of the meteorites that shot through our planet’s atmosphere and crashed on its surface were once part of larger objects that broke up at some point in our Solar System’s history. The similarity of their chemical compositions tells scientists that they originated as part of common parent bodies, even if they arrived here centuries apart and in vastly different locations.

Deciphering the geologic processes that shaped these parent bodies could teach us more about our Solar System’s history and Earth’s formative years. To truly understand what makes our planet capable of sustaining life, and to look for habitable worlds elsewhere, it is crucial to understand its interior–past and present.

“Like our Solar System’s rocky planets, these planetesimals accreted from the disk of dust and gas that surrounded our Sun in its youth,” explained lead author Ni. “And like on Earth, eventually, the densest material sank toward the center, forming distinct layers.”

Iron meteorites were thought to be the remnants of the cores of their ancient, broken-apart parent bodies.

“A history of how their layers differentiated is recorded in their chemical makeup, if we can read it,” said Shahar.

There are four stable isotopes of iron. (Each element contains a unique number of protons, but its isotopes have varying numbers of neutrons.) This means that each iron isotope has a slightly different mass than the others. As a result, some isotopes are preferred by certain chemical reactions–which, in turn, affects the proportion of that isotope in the reaction’s end products.

The traces of this favoritism can be found in rock samples and can help elucidate the processes that forged these meteorite parent bodies.

Previous research on the ratios of iron isotopes in iron meteorites led to a puzzling observation: compared to the raw material from which their parent bodies were constructed, they are enriched in heavy isotopes of iron.

Together with Nancy Chabot and Caillin Ryan of the Johns Hopkins University Applied Physics Laboratory, Ni and Shahar determined that this enrichment can be explained entirely by the crystallization of a parent object’s core.

The researchers use lab-based mimicry to simulate the temperatures of core crystallization in iron meteorite parent bodies. Sophisticated models of the crystallization process including other elemental concentrations–for example, of gold and iridium, as well as isotopes of iron–confirmed their findings.

“This improved understanding of core crystallization adds to our knowledge about our Solar System’s formative period,” Ni concluded.

This work was funded in part by NASA.