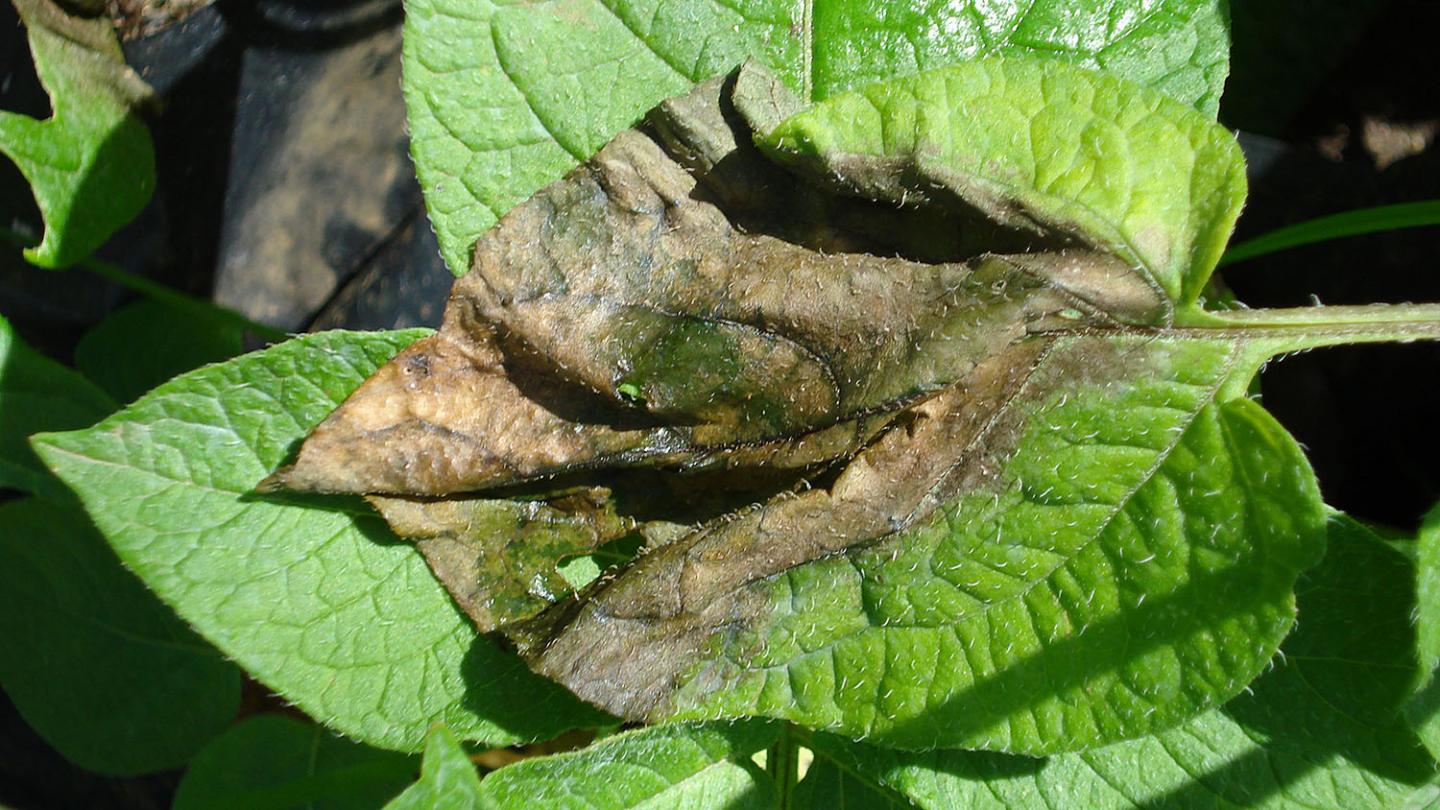 North Carolina State University researchers continue to track the evolution of different strains of the plant pathogen that caused the Irish potato famine in the 1840s, which set down roots in the United States before attacking Europe.

NC State plant pathologists studied the genomes of about 140 pathogen samples – historic and modern – from 37 countries on six continents to track the evolution of differing strains of Phytophthora infestans, a major cause of late-blight disease on potato and tomato plants.

The study, published in Scientific Reports, shows that the historic lineage called FAM-1 was found in nearly three-fourths of the samples (73%) and was found on all six continents.

“FAM-1 was much more widespread than previously assumed, spreading from Europe to Asia and Africa along British colony trade routes,” said Jean Ristaino, William Neal Reynolds Distinguished Professor of Plant Pathology and the corresponding author of the study. “The lineage was also found over a span of more than 140 years.”

FAM-1 caused outbreaks of potato late blight in the United States in 1843 and then two years later in Great Britain and Ireland. It was also found in historic samples from Colombia – suggesting a South American origin. FAM-1 caused massive and debilitating late-blight disease outbreaks in Europe, leaving starvation and migration in its wake. Ristaino theorizes that the pathogen arrived in Europe via infected potatoes on South American ships or directly from infected potatoes from the United States.

FAM-1 survived for about 100 years in the United States but was then displaced by a different strain of the pathogen called US-1, Ristaino said.

“US-1 is not a direct descendant of FAM-1, but rather a sister lineage,” Ristaino said. “We found US-1 in 27% of samples in the study and they were found much later.”

US-1 has since been elbowed out of the United States by even more aggressive strains of the pathogen that have originated in Mexico. Winter tomato crops – grown in Mexico and imported into the U.S. – harbor the pathogen, Ristaino said.

The study also suggests that the pathogen spread first in potatoes and then later jumped into tomatoes. Spread of the pathogen in ripe tomatoes in ships’ holds would have been unlikely, Ristaino said.

The pathogen’s effects aren’t limited to the decimation of Ireland’s potato crop some 175 years ago. Billions are spent worldwide each year in attempts to control the pathogen, Ristaino said. Potatoes in the developing world are particularly vulnerable as fungicides are less available and often unaffordable.

Amanda Saville, a research technician, works in the Ristaino lab and co-authored the paper. Funding was provided by the U.S. Department of Agriculture’s Agriculture and Food Research Initiative (Grant 5197-NCSU-USDA-3179 and Grant 2011-68004-30154) and by the North Carolina Agricultural Research Service.

Abstract: The FAM-1 genotype of Phytophthora infestans caused late blight in the 1840s in the US and Europe and was responsible for the Irish famine. We examined 140 herbarium specimens collected between 1845 and 1991 from six continents and used 12-plex microsatellite genotyping (SSR) to identify FAM-1 and the mtDNA lineage (Herb-1/Ia) present in historic samples. FAM-1 was detected in approximately 73% of the historic specimens and was found on six continents. The US-1 genotype was found later than FAM-1 on all continents except Australia/Oceania and in only 27% of the samples. FAM-1 was the first genotype detected in almost all the former British colonies from which samples were available. The data from historic outbreak samples suggest the FAM-1 genotype was widespread, diverse, and spread to Asia and Africa from European sources. The famine lineage spread to six continents over 144 years, remained widespread and likely spread during global colonization from Europe. In contrast, modern lineages of P. infestans are rapidly displaced and sexual recombination occurs in some regions.