Group leader at DTU Biosustain and co-founder of BioPhero, Irina Borodina, was awarded the prestigious 2019 EU Prize for Women Innovators at an official ceremony at the VivaTech Conference in Paris 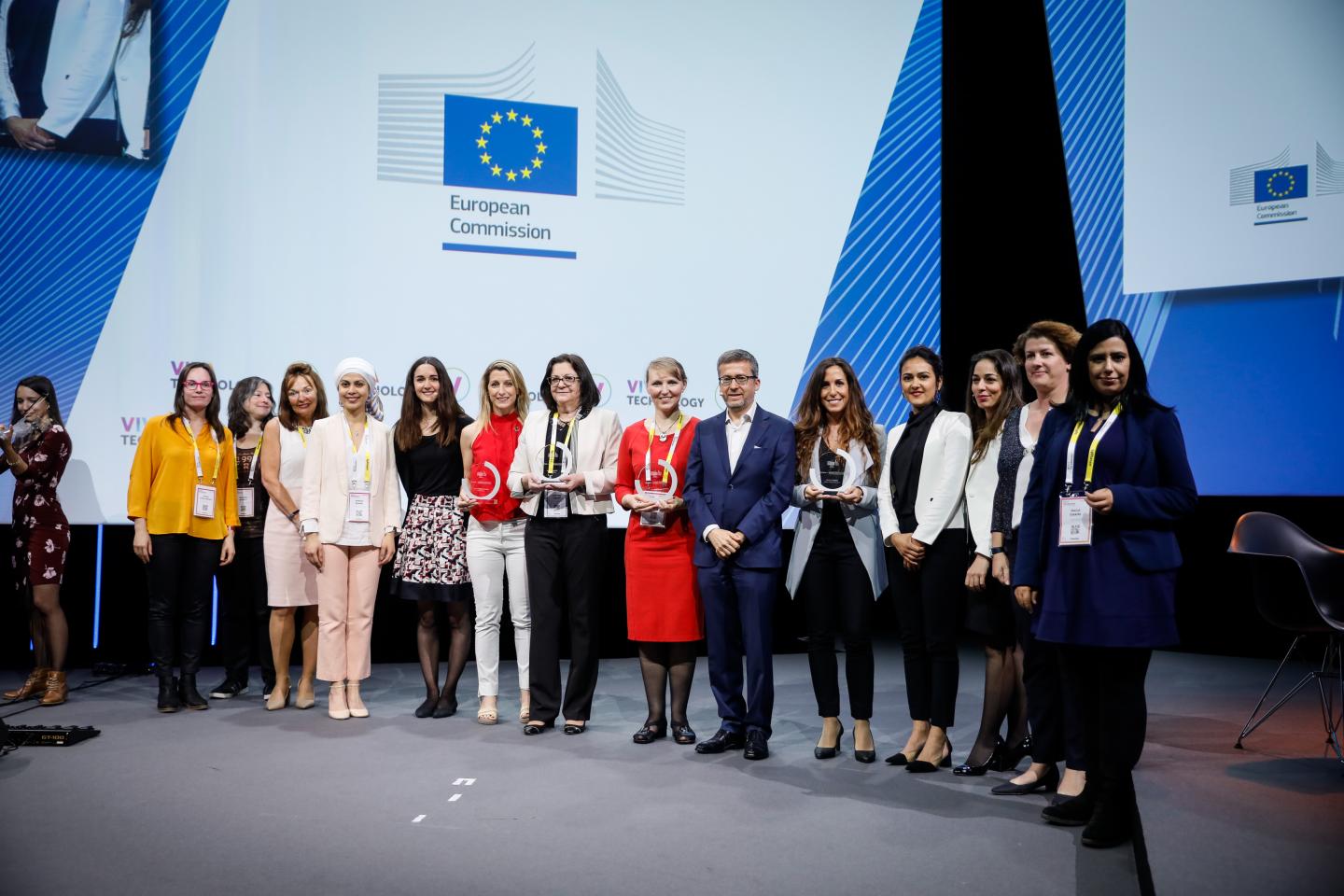 In a group of 12 nominees, Irina Borodina, was selected as one of the three winners of the 2019 EU Prize for Women Innovators, funded under the EU’s Horizon 2020 programme.

The prize highlights the outstanding work of female entrepreneurs who have translated innovations into successful start-up companies with a large potential societal impact.

Irina Borodina receives the prize for her efforts with the DTU Biosustain spin-out company BioPhero that produces insect pheromones for safe and environmentally friendly pest control in agriculture.

Irina co-founded BioPhero together with Michael Lentge Andersen in 2016, based on the novel patented technology for production of pheromones using yeast fermentation. In 2018, BioPhero received a €3M venture capital investment to bring pheromones to the market.

“It is a big honor to receive this prize and it provides high visibility and credibility around our work, which hopefully will attract talented scientists and students to join and collaborate with BioPhero and with DTU Biosustain. Even more importantly, I hope that the stories of female innovators will inspire more women to realise their ideas and innovations,” says Irina Borodina.

Currently, 84% of European start-up founders are males, but there are strong drivers towards more gender equity in entrepreneurship, according to Irina Borodina.

Furthermore, a new analysis from Boston Consulting Group shows that startups that have female co-founders performed better than male-only-founded startups over time, generating double as much revenue per invested dollar.

The other two winners of the 2019 EU Prize for Women Innovators are:

Martine Caroff (France), founder and CSO of two biotechnological companies: LPS-BioSciences, which specialises in bacterial endotoxins for vaccines, in vitro diagnostic, cosmetics, and medical devices; and HEPHAISTOS-Pharma, which develops immunotherapy for oncology.

Shimrit Perkol-Finkel (Israel), co-founder and CEO of ECOncrete Tech, a company offering high-performance and environmentally sensitive solutions that enhance the biological and ecological value of urban, coastal, and marine infrastructures.

Endometrial cancer clinical trial aims to pave the way for…