Invasive species that threaten biodiversity on the Antarctic Peninsula are identified 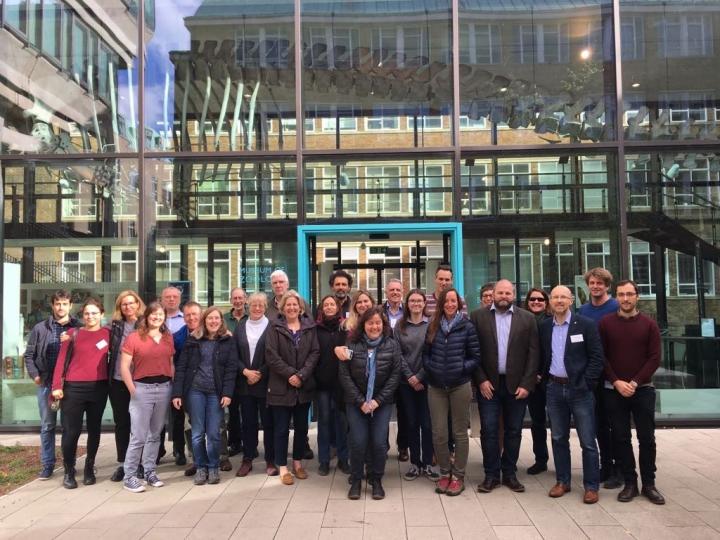 Invasive species are non-native ones that are introduced into a new habitat and are able to adapt to it, displacing indigenous species or causing them to go extinct. This threat is increased by the fact that people and things are constantly moving all over the world, and this is one of the main causes of biodiversity worldwide. Though it is uninhabited, Antarctica is not free from this problem. Due to scientific activity and growing tourism in Antarctica, especially on the Antarctic Peninsula, there is a high risk of invasive species coming into this habitat and killing off indigenous species in the area.

An international research team, including University of Cordoba researcher Pablo González Moreno, identified 13 invasive species that are the likeliest to threaten biodiversity in the Antarctic. “The species were assessed using three main criteria: their risk of coming to the Antarctic Peninsula, the risk of surviving and reproducing and the risk of causing a negative impact on the biodiversity and ecosystems of the region”, explains González Moreno.

Among them, the most troubling are the Chilean mussel, the Mediterranean mussel, edible seaweed also known as wakame, some kinds of crabs, mites, and some insects, as well as land plants such as Leptinella scariosa and Leptinella plumose.

These non-native species can be transported in different ways. Visiting people can bring in seeds on their clothes or on the soles of their shoes which can end up taking root in the new soil. As far as boats are concerned, they may have species, such as mussels, stuck to their hulls and inside as well, especially in fresh food supplies, where different plants and insects can hide. In addition, rats and mice can be a threat. Some of the Antarctic islands, such as Marion Island and South Georgia Island, have already been invaded by these rodents, though this is not expected to happen on the Antarctic Peninsula yet.

These species and many others require mitigation measures in order to reduce their impact on fragile biological communities in the Antarctic, not only on marine habitats but land habitats as well. Some non-native species are already established near research centers and tourist areas. Erradicating invasive species is possible but difficult and costly.

“The only way to prevent this threat is by implementing a solid biosecurity system that can minimize the risk of entry of invasive species, as well as an early warning system that would monitor the region and identify new invasive species getting established”, explains González Moreno. Only then will it be possible to reduce the risks and protect vulnerable Antarctic ecosystems against the threat of non-native species.

How roots find their way to water

Getting to the core of underwater soil