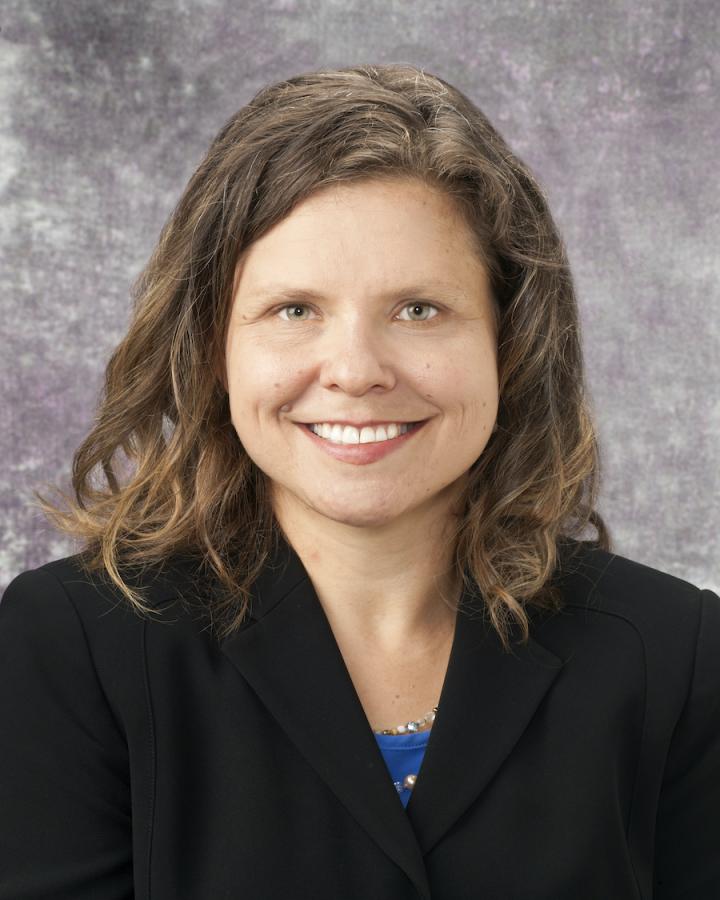 PITTSBURGH, May 5, 2021 – Subtle differences in the shape of the brain that are present in adolescence are associated with the development of psychosis, according to an international team led by neuroscientists at the University of Pittsburgh School of Medicine and Maastricht University in the Netherlands.

In results published today in JAMA Psychiatry, the differences are too subtle to detect in an individual or use for diagnostic purposes. But the findings could contribute to ongoing efforts to develop a cumulative risk score for psychosis that would allow for earlier detection and treatment, as well as targeted therapies. The discovery was made with the largest-ever pooling of brain scans in children and young adults determined by psychiatric assessment to be at high risk of developing psychosis.

“These results were, in a sense, sobering,” said Maria Jalbrzikowski, Ph.D., assistant professor of psychiatry at Pitt. “On the one hand, our data set includes 600% more high-risk youth who developed psychosis than any existing study, allowing us to see statistically significant results in brain structure. But the variance between whether or not a high-risk youth develops psychosis is so small that it would be impossible to see a difference at the individual level. More work is needed for our findings to be translated into clinical care.”

Psychosis is an umbrella term for a constellation of severe mental disorders that cause people to have difficulty determining what is real and what is not. Most often, individuals have hallucinations where they see or hear things that others do not. They also may have strongly held beliefs, or delusions, even when most people do not believe them. Schizophrenia is only one disorder associated with psychosis, and psychotic symptoms can occur in other psychiatric disorders, such as bipolar disorder, depression, body dysmorphic disorder or post-traumatic stress disorder. In people who receive a diagnosis of psychosis, there is a great deal of heterogeneity in outcomes over time.

Diagnosis usually happens in later adolescence and early adulthood, but most often symptoms begin to manifest in the teen years, when clinicians can use psychological assessments to determine a person’s risk of developing full-blown psychosis.

Jalbrzikowsi and Dennis Hernaus, Ph.D., assistant professor in the School of Mental Health and Neuroscience at Maastricht University, are co-chairs of the Enhancing Neuro Imaging Genetics Through Meta-Analysis (ENIGMA) Clinical High Risk for Psychosis Working Group. This group pooled structural magnetic resonance imaging (MRI) scans from 3,169 volunteer participants at an average age of 21 who were recruited at 31 different institutions. About half–1,792 of the participants–had been determined to be at “clinical high risk for developing psychosis.” Of those high-risk participants, 253 went on to develop psychosis within two years. The co-chairs emphasized that this study would not be possible without the collaborative efforts of the 100-plus researchers involved.

When looking at all the scans together, the team found that those at high risk for psychosis had widespread lower cortical thickness, a measure of the thickness of the brain’s gray matter. In high-risk youth who later developed psychosis, a thinner cortex was most pronounced in several temporal and frontal regions.

“We don’t yet know exactly what this means, but adolescence is a critical time in a child’s life–it’s a time of opportunity to take risks and explore, but also a period of vulnerability,” Jalbrzikowski said. “We could be seeing the result of something that happened even earlier in brain development but only begins to influence behavior during this developmental stage.”

Hernaus stressed that these findings underscore the importance of early detection and intervention in people who show risk factors for developing psychosis, which include hearing whispers from voices that aren’t there and a family history of psychosis.

“Until now, researchers have primarily studied how the brains of people with clinical high risk for psychosis differ at a given point in time,” Hernaus said. “An important next step is to better understand brain changes over time, which could provide new clues on underlying mechanisms relevant to psychosis.”

Other authors for this study are the members of the ENIGMA Clinical High Risk for Psychosis Working Group, listed in the JAMA Psychiatry manuscript.

To read this release online or share it, visit http://www.upmc.com/media/news/050521-Jalbrzikowski-ENIGMA.

About the University of Pittsburgh School of Medicine
As one of the nation’s leading academic centers for biomedical research, the University of Pittsburgh School of Medicine integrates advanced technology with basic science across a broad range of disciplines in a continuous quest to harness the power of new knowledge and improve the human condition. Driven mainly by the School of Medicine and its affiliates, Pitt has ranked among the top 10 recipients of funding from the National Institutes of Health since 1998. In rankings recently released by the National Science Foundation, Pitt ranked fifth among all American universities in total federal science and engineering research and development support.