NASA carries on a legacy of decades of biological research data, fueling new discoveries long after studies wrap up in space 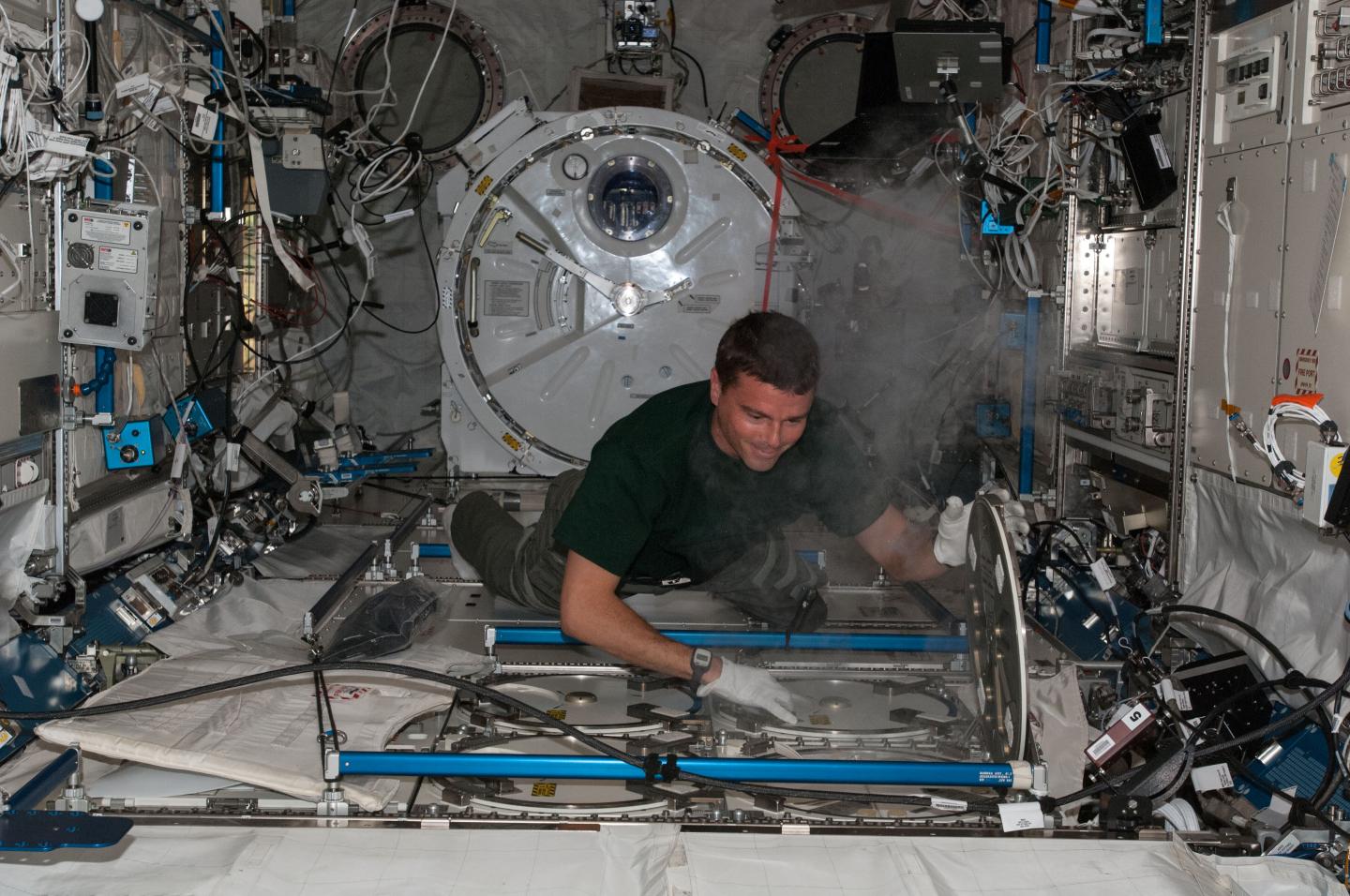 When scientists complete an experiment aboard the International Space Station, the ramifications of that work have just begun. NASA carries on a legacy of decades of biological research data, fueling new discoveries long after studies wrap up in space.

That legacy is evident in a publication by Cell Press, a collection of scientific journals that recently compiled 29 papers on the biology of spaceflight or the study of how space affects the human body. A number of the papers relied on the NASA Life Sciences Data Archive (LSDA) and NASA’s Genelab, two repositories that contain decades of biological samples and data from the International Space Station.

The LSDA at NASA’s Johnson Space Center in Houston is charged with collecting and archiving data and samples from the Human Research Program (HRP), including space station research. It dates back to 1979 and includes more than 32,000 animal and microbial specimens from space station and space shuttle investigations and related ground-based studies.

NASA’s GeneLab at Ames Research Center in Silicon Valley, California, contains comprehensive data from analyses of specimens from spaceflight and corresponding ground experiments beginning in 1995. It is the first space-related omics database. Omics refers to biological sciences ending in “-omics,” such as genomics, the study of genes, and proteomics, the study of all proteins in a cell, tissue, or organism. GeneLab data come from analysis of a variety of biomolecules, including DNA, RNA, and proteins.

Both LSDA and GeneLab data are readily available to the scientific community.

The omics approach allows scientists to take a comprehensive view rather than examining a single part of a cell or organism. GeneLab project scientist Jonathon M. Galazka calls it an unbiased approach to biology. “You collect data and let it guide you toward an answer,” he says. The data come from a variety of model organisms including worms, rodents, and plants, as well as from astronauts.

One paper looked at immune profiles and circulating microRNA, or miRNA, in mice after simulated deep space radiation. In the body, miRNA is involved in gene expression and plays important roles in healthy function and diseases.

“It is found in every type of fluid in the body and goes in and out of cells,” says investigator Afshin Beheshti at Ames. “Our hypothesis was that miRNAs are associated with certain diseases and functions, in this case, effects caused by space radiation.”

The research is some of the first to use a new technology for simulated galactic cosmic radiation beams (GCRBs) as well as simulated beams from solar flares. Both can affect astronauts. The findings suggest both types of radiation uniquely suppress the immune system. The study also identified miRNAs circulating in the blood that could cause this suppression. On future space missions, it may be possible to use a person’s miRNA profile to monitor immune change. In addition, inhibiting specific miRNA production could serve as a potential countermeasure. The researchers now are working on several follow up studies, including testing use of a miRNA inhibitor to counteract the effects of radiation.

With the study’s miRNA sequencing and other data available through GeneLab, “other researchers can come up with new ideas or see what we missed,” Beheshti points out.

A different paper used existing GeneLab data to examine effects of gravity on the worm C. elegans, a model organism used in many biological studies, including Micro-16, an experiment that launched aboard the Northrop Grumman CRS-15 mission on Feb. 20.

Etheridge adds that access to the GeneLab data was essential to this work.

“We can cure things in mice, but extrapolating to humans is the trick,” says Beheshti. “In space, you have only a handful of astronaut volunteers rather than the thousands of research subjects typical in such experiments. Access to all of the archived data from humans studied both on Earth and in space helps make up for that. If you get creative, you can combine datasets and get useful information.”

Galazka explains that GeneLab also adds data outside of what was collected for the experiment, such as measures of radiation doses or temperature and air quality from the space station cabin. GeneLab samples and data also are available as open science opportunities. New information can be generated by others, including analyses from leftover samples, adding to that from the original research.

“I think what you’ll see in the future is some sort of merging or stronger connections between LSDA and the GeneLab for a more cohesive life sciences data system,” Galazka says. “Generally, science is moving toward a model where data organization, distribution, and analysis is becoming more important, and systems like these will be critical.”

Beheshti says the Cell Press compilation, one of the largest collections of space biology papers in one place, helped increase awareness of space biology research. The keepers of NASA’s space station data are ready when more researchers call.