Insects in freezing regions have a protein that acts like antifreeze

Special protein changes the structure of water and overpowers ice crystals, and could be used in applications like de-icing airplanes, storing organs and preventing freezer burn on ice cream 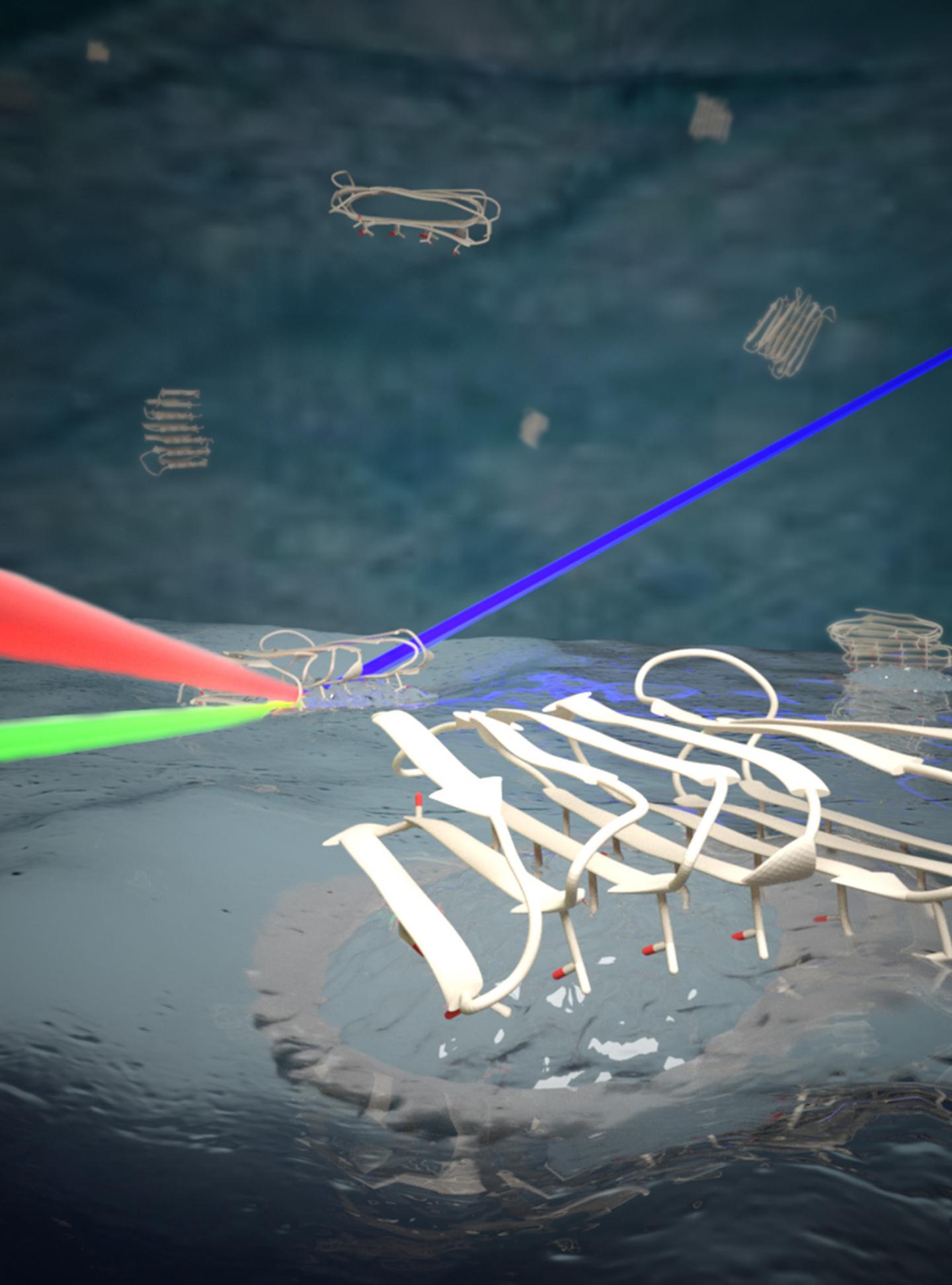 WASHINGTON, D.C., April 2, 2019 — The power to align water molecules is usually held by ice, which affects nearby water and encourages it to join the ice layer — to freeze too. But in the case of organisms living in freezing habitats, a particularly powerful antifreeze protein is able to overpower the grip ice has on water and convince water molecules to behave in ways that benefit the protein instead.

In the latest study this week in The Journal of Chemical Physics, from AIP Publishing, scientists are taking a closer look at the molecular structure of the antifreeze protein to understand how it works. Lead author Konrad Meister at Max Planck Institute for Polymer Research in Germany and his colleagues have traveled to the coldest places on Earth, including the Arctic and Antarctic, to collect antifreeze proteins from different sources. The protein they are examining in this study is the most active antifreeze protein on record, and it comes from a beetle in Northern Europe called Rhagium mordax.

“The antifreeze proteins have one side that is uniquely structured, the so-called ice-binding site of the protein, which is very flat, slightly hydrophobic and doesn’t have any charged residues,” Meister said. “But how this side is used to interact with ice is obviously very difficult to understand if you can’t measure an ice-protein interface directly.”

Now, for the first time, these unique biomolecules have been adsorbed to ice in the laboratory to get a closer look at the mechanisms that guide the interaction when antifreeze proteins are in contact with ice.

The researchers found that the protein’s corrugated structure, which holds channels of water in place, means that when these proteins touch ice, instead of freezing, the water molecules are altered to have a different hydrogen bond structure and orientation.

“Molecular-scale information is the key to understanding the function or the working mechanism of antifreeze proteins, and if we know that, then we can start making something cool that we as a society can benefit from,” Meister said.

This antifreeze characteristic of the protein could be used as a model for designing synthetic versions that help with de-icing airplanes, preserving organs and keeping crystals from forming on ice cream in the freezer.

“This is the first time we’ve put biomolecules on ice,” Meister said. “Bringing experts from different fields together was really the big step forward in this case because the entire problem is very interdisciplinary.”

The Journal of Chemical Physics publishes concise and definitive reports of significant research in the methods and applications of chemical physics. See http://jcp.aip.org.

Salt marshes’ capacity to sink carbon may be threatened by…