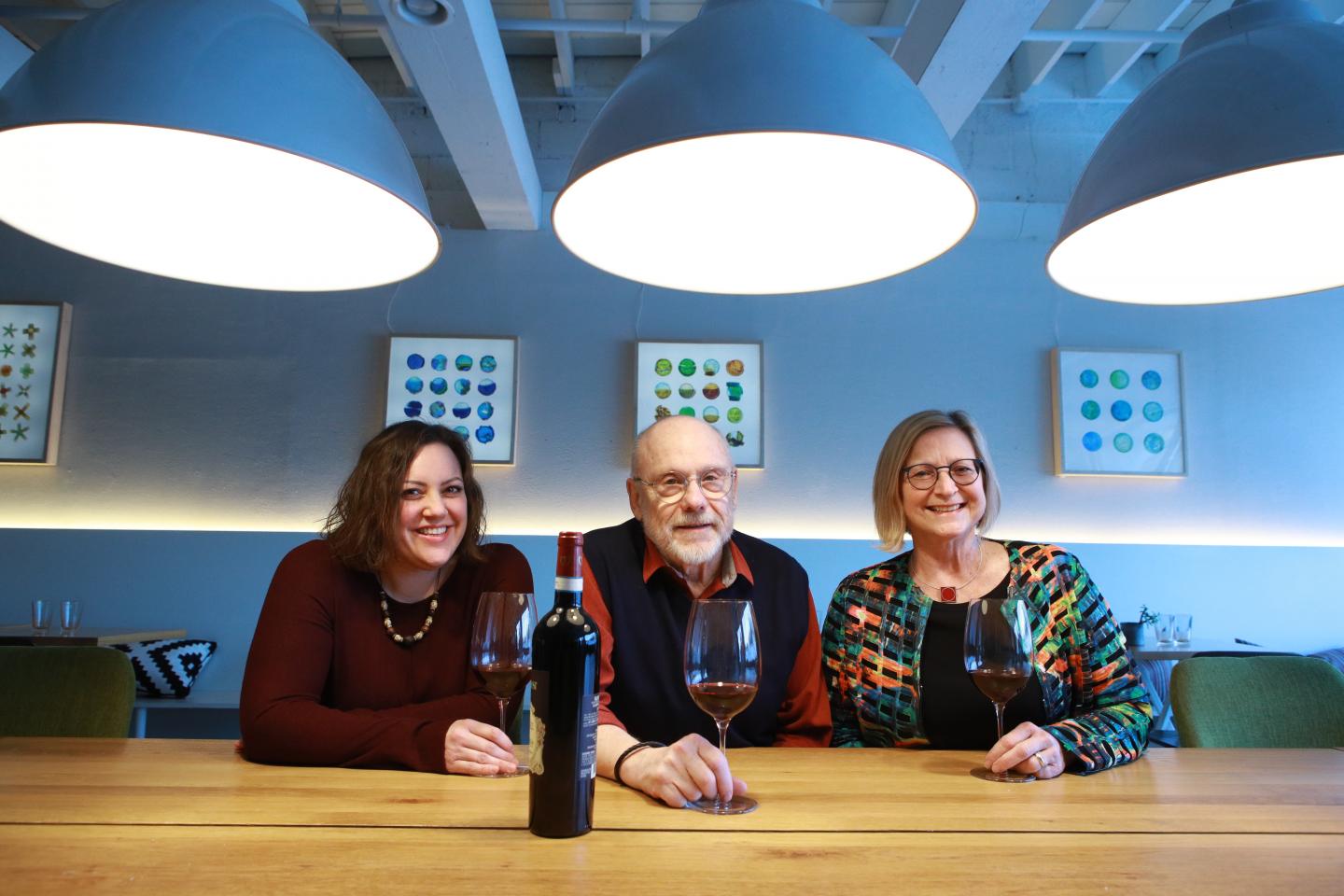 A team of scientists at The University of Toledo uncovered new, galling details in the intimate relationship between insects and plants, opening the door to new possibilities in protecting the source of wine and raisins worldwide from a major agricultural pest.

The biologists discovered grape phylloxera – the insect that nearly wiped out wine production at the end of the 19th century in France – hijacks a grape vine’s reproductive programs to create a leaf gall, which it uses as a pseudo apartment for the parasite to siphon off the plant’s nutrients. The research is published in the latest issue of Nature Scientific Reports.

A gall is an organ a little smaller than a marble on a plant that can look like a wart, flower or fruit and provides insects with a protected place to feed and reproduce.

“When galls form on a leaf, the flower genes are on. They shouldn’t be activated, but the insect is manipulatively inserting its own signals into the pathway to get a flower-like result,” said Dr. Heidi Appel, dean of the Jesup Scott Honors College at The University of Toledo and professor in the Department of Environmental Sciences.

The insect lays an egg and starts the process to exploit the plant’s reproductive genetic machinery, directing the plant to create these structures.

Appel and Dr. Jack Schultz, senior executive director for research development at The University of Toledo, said Charles Darwin guessed at the idea in 1867 when he observed that the gall bears a certain degree of resemblance to the inside of a peach when cut open.

“We examined Darwin’s hypothesis and found the insect forces the plant to use the same genes to make a gall that the plant uses to make a flower or fruit,” Schultz said. “The plant produces the central part of a flower known as the carpel in a place the plant would never produce one on its own.”

“In each case as we genetically held up a mirror to see the differences in the plant at each stage of galling, an insect injected some kind of signal into the plant,” Appel said. “The signal took over the plant’s development and told the plant to make a gall on a leaf instead of normal plant tissue.”

Galls damage grape vines by draining resources and getting in the way of photosynthesis, resulting in lower yields.

By identifying the genes in grape vines that have to be activated for an insect to produce a gall, scientists can next find a way to block the insect from attacking the plant.