‘Insectageddon’ is ‘alarmist by bad design’: Scientists point out the study’s major flaws

Earlier this year, a research article triggered a media frenzy by predicting that as a result of an ongoing rapid decline, nearly half of the world’s insects will be no more pretty soon 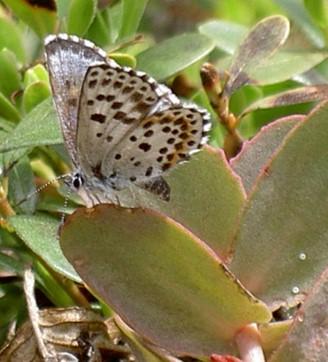 Amidst worldwide publicity and talks about ‘Insectageddon’: the extinction of 40% of the world’s insects, as estimated in a recent scientific review, a critical response was published in the open-access journal Rethinking Ecology.

Query- and geographically-biased summaries; mismatch between objectives and cited literature; and misuse of existing conservation data have all been identified in the alarming study, according to Drs Atte Komonen, Panu Halme and Janne Kotiaho of the University of Jyväskylä (Finland). Despite the claims of the review paper’s authors that their work serves as a wake-up call for the wider community, the Finnish team explain that it could rather compromise the credibility of conservation science.

The first problem about the paper, titled “Worldwide decline of the entomofauna: A review of its drivers” and published in the journal Biological Conservation, is that its authors have queried the Web of Science database specifically using the keywords “insect”, “decline” and “survey”.

“If you search for declines, you will find declines. We are not questioning the conclusion that insects are declining,” Komonen and his team point out, “but we do question the rate and extent of declines.”

The Finnish research team also note that there are mismatches between methods and literature, and misuse of IUCN Red List categories. The review is criticised for grouping together species, whose conservation status according to the International Union for Conservation of Nature (IUCN) is Data Deficient with those deemed Vulnerable. By definition, there are no data for Data Deficient species to assess their declines.

In addition, the review paper is seen to use “unusually forceful terms for a peer-reviewed scientific paper,” as the Finnish researchers quote a recent news story published in The Guardian. Having given the words dramatic, compelling, extensive, shocking, drastic, dreadful, devastating as examples, they add that that such strong intensifiers “should not be acceptable” in research articles.

PCORI Board approves $3.8 million to support implementation of findings from PCORI-funded research