Insect-sized robot navigates mazes with the agility of a cheetah

This flexible, durable robot can traverse complex terrain and quickly swerve to avoid obstacles, qualities that could one make it an asset for search and rescue operations 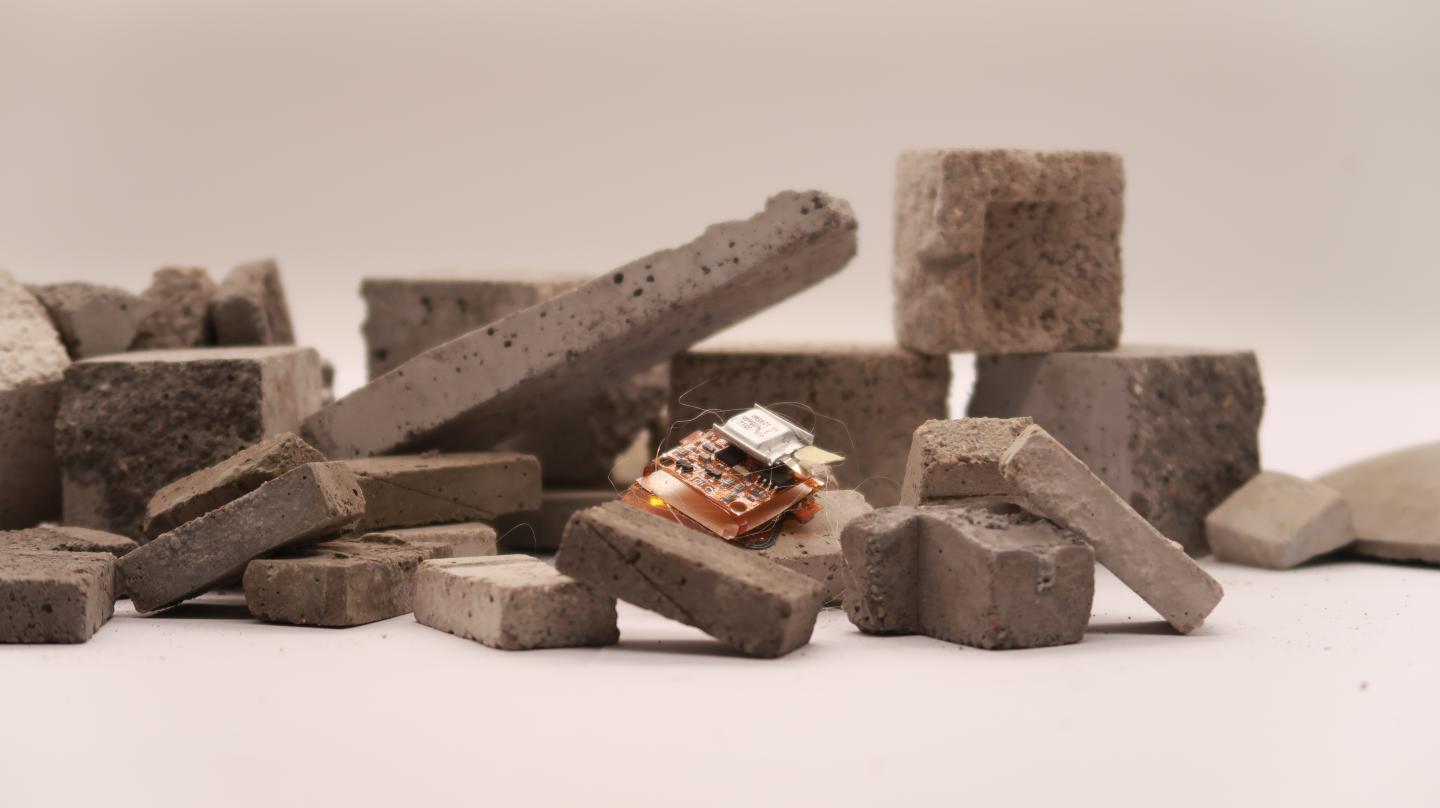 Berkeley — Many insects and spiders get their uncanny ability to scurry up walls and walk upside down on ceilings with the help of specialized sticky footpads that allow them to adhere to surfaces in places where no human would dare to go.

Engineers at the University of California, Berkeley, have used the principle behind some of these footpads, called electrostatic adhesion, to create an insect-scale robot that can swerve and pivot with the agility of a cheetah, giving it the ability to traverse complex terrain and quickly avoid unexpected obstacles.

The robot is constructed from a thin, layered material that bends and contracts when an electric voltage is applied. In a 2019 paper, the research team demonstrated that this simple design can be used to create a cockroach-sized robot that can scurry across a flat surface at a rate of 20 body lengths per second, or about 1.5 miles per hour — nearly the speed of living cockroaches themselves, and the fastest relative speed of any insect-sized robot.

In a new study, the research team added two electrostatic footpads to the robot. Applying a voltage to either of the footpads increases the electrostatic force between the footpad and a surface, making that footpad stick more firmly to the surface and forcing the rest of the robot to rotate around the foot.

The two footpads give operators full control over the trajectory of the robot, and allow the robot to make turns with a centripetal acceleration that exceeds that of most insects.

“Our original robot could move very, very fast, but we could not really control whether the robot went left or right, and a lot of the time it would move randomly, because if there was a slight difference in the manufacturing process — if the robot was not symmetrical – it would veer to one side,” said Liwei Lin, a professor of mechanical engineering at UC Berkeley. “In this work, the major innovation was adding these footpads that allow it to make very, very fast turns.”

To demonstrate the robot’s agility, the research team filmed the robot navigating Lego mazes while carrying a small gas sensor and swerving to avoid falling debris. Because of its simple design, the robot can also survive being stepped on by a 120-pound human.

Small, robust robots like these could be ideal for conducting search and rescue operations or investigating other hazardous situations, such as scoping out potential gas leaks, Lin said. While the team demonstrated most of the robot’s skills while it was “tethered,” or powered and controlled through a small electrical wire, they also created an “untethered” version that can operate on battery power for up to 19 minutes and 31 meters while carrying a gas sensor.

“One of the biggest challenges today is making smaller scale robots that maintain the power and control of bigger robots,” Lin said. “With larger-scale robots, you can include a big battery and a control system, no problem. But when you try to shrink everything down to a smaller and smaller scale, the weight of those elements become difficult for the robot to carry and the robot generally moves very slowly. Our robot is very fast, quite strong, and requires very little power, allowing it to carry sensors and electronics while also carrying a battery.”

Lin is senior author of a paper describing the robot, which appeared online this week in the journal Science Robotics.