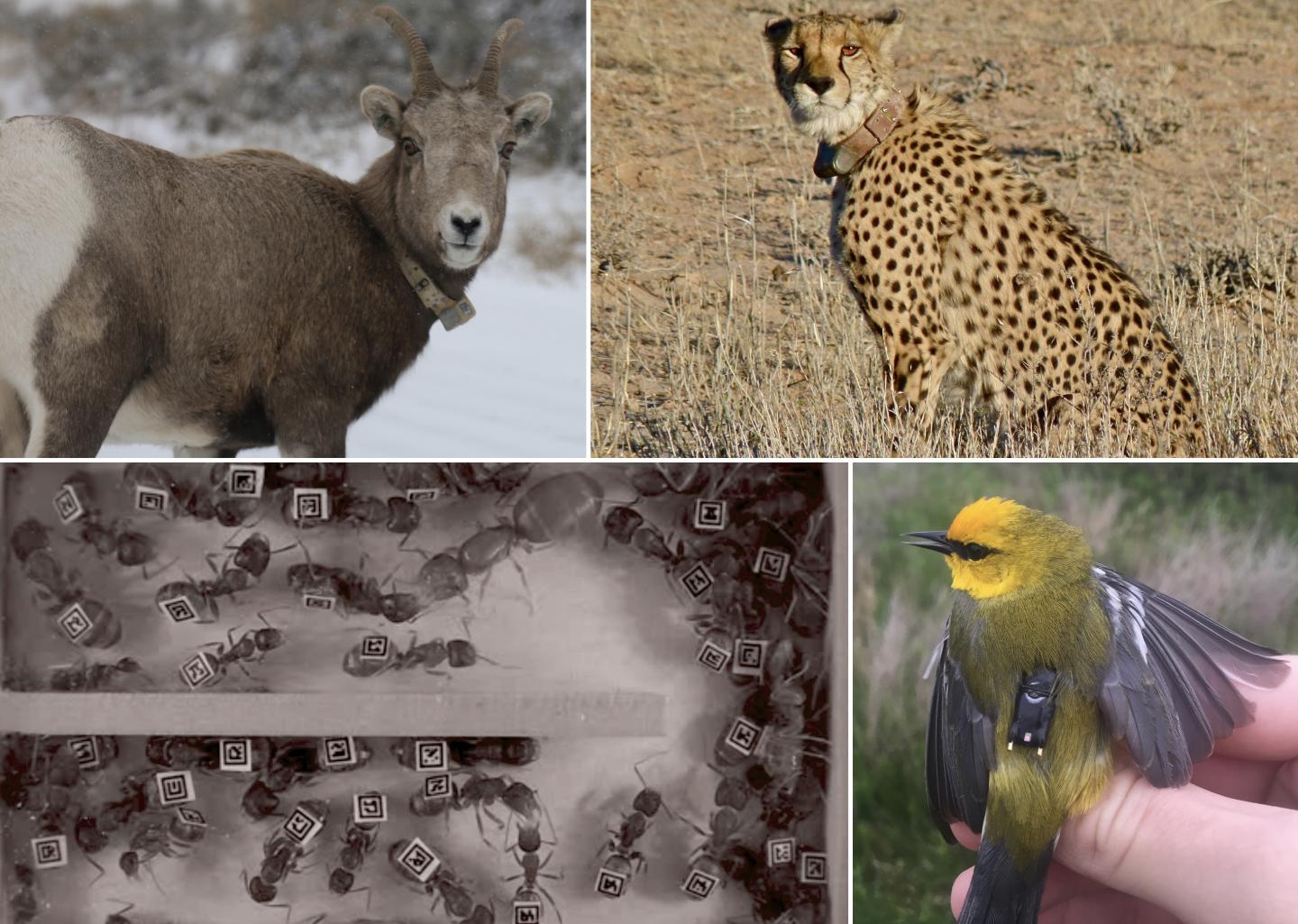 Studies of animal movement and behavior–including those addressing disease spread and animal conservation–should monitor animals at both regular and irregular time points to improve understanding of animal movement behavior, according to a new study by Penn State statisticians. The study, which appears online this month in the journal Environmetrics, is the first to provide guidance about sampling regimes for these types of biological studies.

“Tracking animals is one of the major methods of data collection in ecology, but there has been little to no work on the relative benefits of different sampling schemes,” said Elizabeth Eisenhauer, graduate student in statistics at Penn State and first author of the study. “In an ideal world, we could collect continuous or really fine-scale data about animal locations, but in reality researchers often have to make choices to balance their resources.”

Researchers use a variety of tracking technology to study animal behavior, including GPS collars, radio telemetry, and even video cameras. These studies all provide information about an animal’s location at a particular time, but due to limited resources usually provide an incomplete picture.

“For a GPS collar with limited battery life, for example, one could choose to record an animal’s location very frequently over a short period of time or less frequently over a long period of time,” said Ephraim Hanks, associate professor of statistics at Penn State and an author of the paper. “Even when we have videos of animal movement, such as in a laboratory setting, someone has to go in and manually record location data for every animal at regular time points. With these kinds of limitations being so prevalent, we wanted to know the best way to collect animal movement data to yield the most information.”

The researchers propose a sampling regime inspired from the field of geostatistics–which analyzes position data, often over time–that they call lattice and random intermediate point sampling (LARI). LARI involves collecting location data at regular intervals, but also at a random time point between each of these intervals.

“Imagine we observed the location of a fox once every 24 hours,” said Eisenhauer. “If the fox is asleep in its den every 24 hours, these regular location data aren’t very interesting and, for example, wouldn’t give us a good estimate of the animal’s home range. If we checked in more frequently, maybe every hour, we might see more regular behaviors like how it forages for food, but might still miss interesting behaviors that happen more sporadically, like checking a disturbance outside of the den. If instead of every hour, we looked every two hours with a random point between each of these 2-hour periods, we might capture more of these fine-scale behaviors.”

To assess the LARI sampling regime, the researchers looked at three different study systems that reflect different kinds of movement: ants moving between a nest entrance and the queen and brood at the back of the nest, guppies placed in a tank that usually swim toward shelter, and a simulated data set where the movement parameters were known. They first took very fine-scale data, for example sampling ant location once every second, to establish a gold standard or baseline. Then, the team compared a variety of less frequent regular and LARI sampling regimes to the standard. In nearly every case, the LARI sampling regime provided a better understanding of animal behavior–more accurate estimates of movement parameters–than a regular sampling regime with the same number of data points.

“Usually in animal movement studies, researchers use a variety of parameters to describe movement in order to get at the underlying behavior,” said Eisenhauer. “In our examples, that might include how attracted a guppy is to a shelter object, or how quickly or in what directions ants are moving. Our models were more accurate and precise when estimating movement parameters when we used LARI versus regular sampling regimes.”

Because movement observations provide an incomplete picture, researchers often use statistical modeling to fill in the gaps. When the researchers did so with the simulated data, results were closer to the known values when data was collected using the LARI sampling regime.

“When the number of time points collected remained the same, LARI yielded better results when filling in the gaps than regular sampling regimes,” said Hanks. “Using LARI is a relatively easy change for biologists to integrate into their own studies. It’s just a matter of tweaking when their observations occur.”

The researchers plan to test their model using other species, and to adapt their model to allow for data collected with considerable error–like data collected from marine mammals, where location data can sometimes be hundreds of kilometers off. They also plan to expand their models to account for animals switching between behavior types, for example changing from sleeping to foraging to migrating.

“Collecting more data, finer-scale data, is always better,” said Hanks. “Improving technology, like miniaturization of GPS and solar panels, might make this feasible for large animals in the future, but we’re also starting to track ants and bees, so these challenges are not going away anytime soon. Ecologists will always have to make decisions about sampling design given their technology, resources, and study system, and we have just begun to scratch the surface about what might be optimal. While just a first step, we hope our work provides useful guidance.”

The National Science Foundation and the National Institutes of Health supported this work.

Astronauts to test drive a lunar robot from the space station