In Panama, nitrogen-fixing trees unlock phosphorus and other scarce nutrients

By enriching soils, they benefit forest recovery and carbon storage 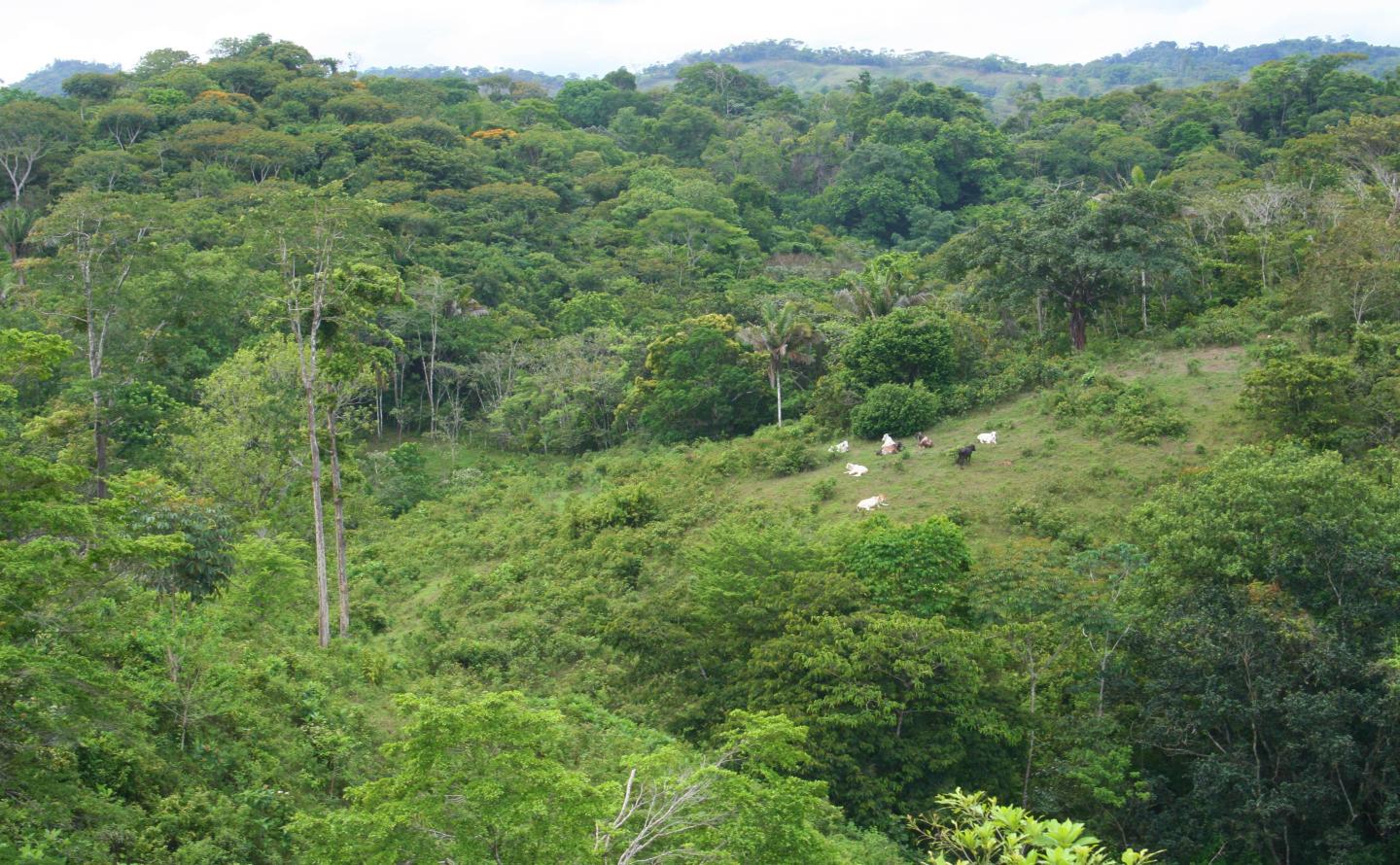 A new study, published this week in Proceedings of the National Academy of Sciences, reveals that nitrogen-fixing trees play an underrecognized role in recovering tropical forests by enriching nutrient-poor soils with scarce elements such as phosphorus and molybdenum.

Coauthor Sarah Batterman, a tropical forest ecologist at Cary Institute of Ecosystem Studies, explains, “We’ve long known that nitrogen-fixing trees work with soil microbes to make atmospheric nitrogen available to plants. Our study found that nitrogen fixers also play a vital role in unlocking other nutrients by weathering rocks beneath their roots. These nutrients include things like phosphorus, which is very limited in tropical forest soils and important to plant growth.”

In this study, the team compared the soils of nitrogen-fixing and non-fixing trees across young recovering tropical forest plots that are part of the Agua Salud Secondary Forest Dynamics Network in the Panama Canal Area. They measured soil pH and mineral weathering – a process that releases nutrients trapped in rocks. They also assessed the composition of the soil microbial community.

The team also discovered that soils beneath nitrogen fixers were teeming with a bacterial genus new to science (Candidatus Acidoferrum) that thrives in the acidic conditions created by nitrogen-fixing trees. These bacteria are highly enriched under nitrogen fixers, where they enable phosphorus release by breaking down iron-bearing minerals.

Co-author Kristin Saltonstall of Smithsonian Tropical Research Institute explains, “Together, acidic soil conditions and a distinct community of bacteria enhance nitrogen fixers’ ability to weather rocks and access nutrients. Benefits aren’t limited to fixers themselves. We also found that nitrogen fixers help fertilize other plants throughout the forest, with broad effects on nutrient cycling in the forest community.”

Lead author Dimitar Epihov of the University of Sheffield points out, “Tree diversity has long been recognized as vital for successful forest recovery. Current views dictate that nitrogen-fixing trees supply nitrogen to help speed up the recovery process. Our work expands these views by revealing that these trees also modulate the microbiome of soils belowground, enabling the release of other non-nitrogen nutrients from rocks. Benefits can be passed on to neighboring trees, and aid in the productivity of regrowing forests in the tropics.”

Batterman notes, “Nitrogen-fixing trees have presented ecologists with a longstanding paradox. They are abundant in tropical forests, but so is nitrogen in the soil. Why are they so common, if access to nitrogen does not typically limit growth? Our findings offer an answer to this puzzle. Regardless of whether they are actively fixing, nitrogen fixers also have a unique ability to unlock phosphorus, which is very limited.”

Tropical forests are responsible for 70% of the global forest carbon sink, yet they are under threat due to mining, logging, agriculture, development, and climate change. Understanding how different tree species influence tropical forests is essential to informing science-based reforestation strategies.

This work is a contribution of the Agua Salud Project, a collaboration between the Smithsonian Tropical Research Institute, the Panama Canal Authority, and the Ministry of the Environment of Panama. The Agua Salud Secondary Forest Dynamics network is supported by HSBC, Stanley Motta, Small World Institute Fund, the Hoch family, and the National Science Foundation. Agua Salud is part of the Smithsonian Institution Forest Global Earth Observatory.

Cary Institute of Ecosystem Studies is an independent nonprofit center for environmental research. Since 1983, our scientists have been investigating the complex interactions that govern the natural world and the impacts of climate change on these systems. Our findings lead to more effective management and policy actions and increased environmental literacy. Staff are global experts in the ecology of: cities, disease, forests, and freshwater.