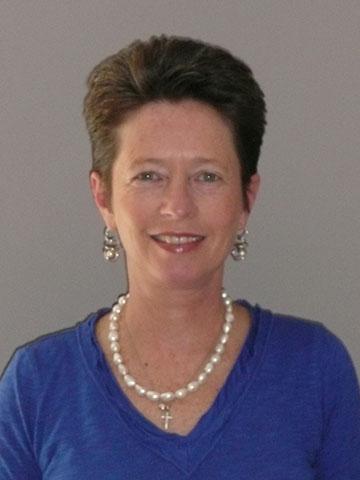 ST. LOUIS — Facing an urgent need for safer and more effective therapies for those suffering from debilitating pain in the midst of an opioid crisis, Saint Louis University researchers are on a mission to find a non-narcotic off-switch for pain.

In findings published in Proceedings of the National Academy of Sciences (PNAS), Saint Louis University scientists and their colleagues report progress on this front with definitive new understandings about how neuropathic pain occurs at the cellular and molecular level and how it can be turned off in a laboratory setting. This work lays a foundation for the development of new non-opioid pain-killing therapies.

Chronic neuropathic pain can result from a wide range of injuries and illnesses, including spinal cord injury, diabetes, multiple sclerosis and cancer. Experts believe the condition affects anywhere from 15 to 30 million people in the U.S. and that treatment carries an economic burden of more than $600 billion.

Daniela Salvemini, Ph.D., professor of pharmacology and physiology and director of The Henry and Amelia Nasrallah Center for Neuroscience at Saint Louis University, says that neuropathic pain can be exceedingly difficult to treat.

“Neuropathic pain can be severe and does not always respond to treatment,” Salvemini said. “Opioid pain killers are widely used but can cause strong side effects and carry risks of addiction and abuse. “There is an urgent need for better options for patients suffering from chronic pain.”

Salvemini has spent her career studying the mechanisms of pain, sussing out the molecular series of interactions that lead to pain in the body. Building on previous research, Salvemini and her colleagues found that a particular cellular receptor appears to be the culprit in the development of traumatic nerve injury pain in an animal model.

In response to a nerve injury, the body generates a molecule called sphingosine-1-phosphate (S1P) in the dorsal horn of the spinal cord. S1P, in turn, can activate the receptor protein sphingosine 1-phosphate receptor subtype 1 (S1PR1) on the surface of specialized nervous system support cells called astrocytes, resulting in neuroinflammation.

In fact, pain pathways appear to depend on the activation of S1PR1; conversely, blocking this signal limits or stops pain.

“For the first time, this study clearly establishes that S1P activation of S1PR1 signaling in astrocytes is required for the development and maintenance of traumatic nerve injury-induced neuropathic pain,” Salvemini said. “Several important findings have emerged from our studies. We unequivocally established that activation and not inhibition of S1PR1 drives and maintains neuropathic pain. Consequently, turning S1PR1 off – not on — is required to inhibit the development of neuropathic pain and to reverse it once established.”

These findings lay the groundwork to develop a new class of medications that offer pain-killing benefits without the risks and side-effects of opioids.

“It is noteworthy that drugs that inhibited S1PR1 did not lose their beneficial effects during prolonged use nor did they engage the molecular pathways opioids use, suggesting that targeting S1PR1 is unlikely to cause opioid-like abuse,” Salvemini said. “Collectively, our results establish S1PR1 as a good target for developing new therapies, creating a new class of non-narcotic pain-killers.”

A cautionary tale for researchers working on selective drug delivery

Scienmag Jun 18, 2019
Penn study provides a new perspective on how a zygote transitions from maternal to zygotic controlCredit: Matt…

Through the eyes of animals