In a quantum future, which starship destroys the other?

Quantum physicists blur the lines of cause and effect, illustrating how a sequence of events can flip and co-exist at the same time 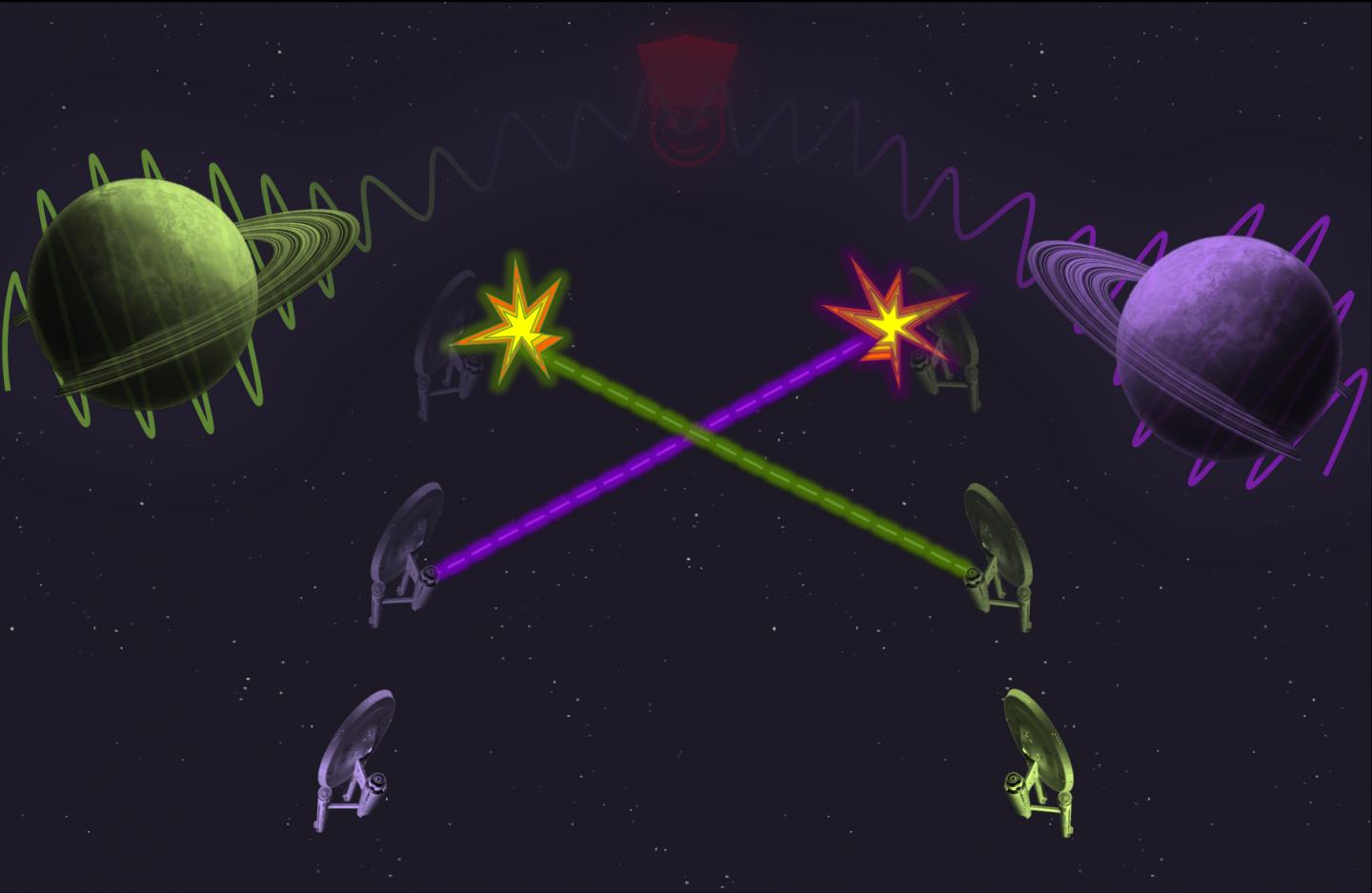 Quantum mechanics boasts all sorts of strange features, one being quantum superposition – the peculiar circumstance in which particles seem to be in two or more places or states at once. Now, an international group of physicists led by Stevens Institute of Technology, University of Vienna and University of Queensland flip that description on its head, showing that particles are not the only objects that can exist in a state of superposition – so can time itself.

“The sequence of events can become quantum mechanical,” said co-author Igor Pikovski, a physicist at the Center for Quantum Science and Engineering at Stevens Institute of Technology. ” We looked at quantum temporal order where there is no distinction between one event causing the other or vice versa.”

The work, reported in the August 22 issue of Nature Communications, is among the first to reveal the quantum properties of time, whereby the flow of time doesn’t observe a straight arrow forward, but one where cause and effect can co-exist both in the forward and backward direction. In the upcoming era of quantum computers, the work holds particular promise: quantum computers that exploit the quantum order of performing operations might beat devices that operate using only fixed sequences.

To show this scenario, Pikovski and colleagues merged two seemingly conflicting theories – quantum mechanics and general relativity – to conduct a Gedanken experiment, a way of using the imagination to investigate the nature of things. The team, consisting of Pikovski, Magdalena Zych, Fabio Costa and Caslav Brukner, started by asking the question, “what would a clock measure if it was influenced by a massive object in a quantum superposition state, i.e. both near and far at the same time?”

According to general relativity, the presence of a massive object slows down the flow of time, such that a clock placed close to a massive object will run slower compared to an identical one that is farther away.

To illustrate what happens, imagine a pair of starships training for a mission. They are asked to fire at each other at a specified time and dodge the fire at another time, whereby each ship knows the exact time when to fire and when to dodge. If either ship fires too early, it will destroy the other, and this establishes an unmistakable time order between the firing events.

However, if a powerful agent could place a sufficiently massive object, say a planet, closer to one ship it would slow down its flow of time. As a result, the ship would dodge the fire too late and would be destroyed.

The authors illustrate for the first time how this quantum scenario can occur and how it can be verified. “Moving planets around is hard,” said Pikovski. “But imagining it helped us examine a quantum aspect of time that was previously unknown.”

Scienmag Feb 6, 2019
Adults who notice that they frequently lose their train of thought or often become sidetracked may in fact be…

Reclamation awards $8.9 million for innovative solutions in water and…