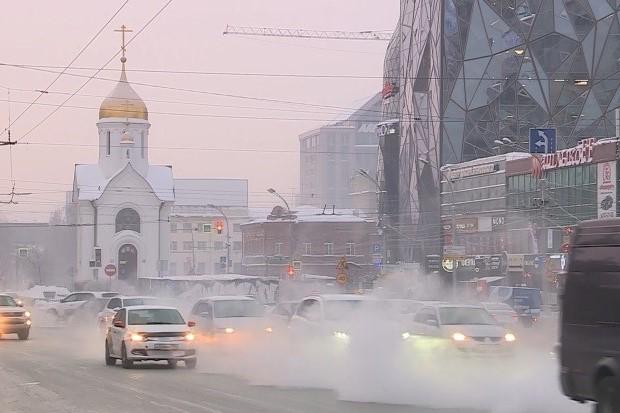 Air pollution from fuel combustion is one of the greatest environmental problems, especially in urban environments. In densely populated cities, the presence of nitrogen oxides, very small carbon particles, and carbon monoxide (CO) in the air seriously harms the human health and increases mortality. A collaboration between researchers from the University of Barcelona and from the Boreskov Institute of Catalysis of the Russian Academy of Sciences in Novosibirsk (Russia) opens the way for reducing emissions of automotive pollutants. In a recent study, the scientists present design principles and catalyst syntheses to transform toxic molecules in the air at temperatures below 0?C.

Most of the harmful pollutants generated in automotive combustion engines are abated in the car exhaust through interactions with sophisticated catalytic converters. In particular, the so-called three-way automotive exhaust catalysts transform harmful nitrogen oxides, carbon monoxide, and hydrocarbons into harmless molecular nitrogen, water, and carbon dioxide.

However, one of the remaining challenges are cold-start emissions, generated by vehicles during the first few minutes after ignition until the motor becomes sufficiently warm for the catalyst to start operating. “In fact, most of the harmful emissions during an average drive comes from such cold-start emissions”, notes Konstantin Neyman, ICREA professor at the Institute of Theoretical and Computational Chemistry of the University of Barcelona (IQTCUB). “The development of catalysts working efficiently at low temperatures is thus a very active field of research”, adds the expert.

In this context, researchers of the group led by Professor Andrei Boronin, from the Boreskov Institute of Catalysis (Novosibirsk, Russia), have studied the catalytic properties of complex materials based on combinations of metals and oxides. The Siberian team focused on the low-temperature efficiency of synthesized catalysts and identified a particular combination able to start converting CO at -50ºC.

This low-temperature efficiency was achieved by finely dispersing platinum -a very catalytically active metal used in numerous applications- on nanostructured cerium dioxide. “The key to the performance of these very active materials is the synergy between the oxide support and well-distributed oxidized platinum. We can identify these components through spectroscopic techniques, but characterizing their specific role requires dedicated computational models”, states Professor Boronin.

This is precisely where the theoretical modelling work carried out in the group led by Konstantin Neyman comes into play. As noted by Albert Bruix, a Beatriu de Pinós research fellow in this group, “by means of quantum mechanical calculations using high-performance computers, we can model these fascinating materials and decipher the role of each component in the outstanding catalytic performance measured experimentally”.

The study, published in Applied Catalysis B: Environmental, is a very important step forward in the development of catalytic materials for the low-temperature oxidative treatment of air pollutants. However, Professor Boronin notes that “the amount of platinum used in these catalysts is rather large, and its cost hinders commercially viable applications”. The expert says that “our present work thus focuses on achieving a similarly high performance at strongly decreased precious-metal loadings”. The societal impact of developing such catalysts is not limited to automotive emissions: “These materials can also be used for the oxidative treatment of pollutants produced by stationary sources such as fossil-fueled power plants”, concludes Konstantin Neyman.